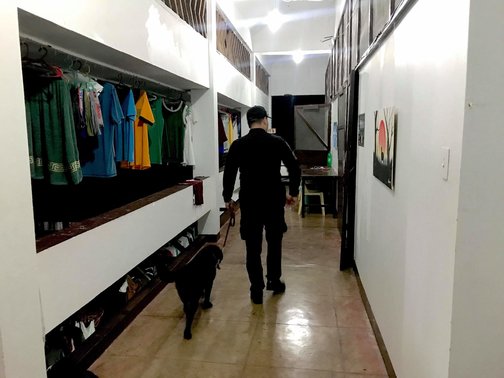 VSU President Edgardo Tulin released a statement on Thursday evening saying that the campus was already cleared of possible explosives.

“EOD and K-9 units who were deployed at the upper and lower campuses confirmed this report as of 5:30 pm. A security briefing was also held at the VSU Guesthouse tonight to wrap up everything and provide final instructions for our university officials and ground personnel,” Tulin’s Facebook post read.

Earlier on Wednesday, the VSU administration announced the suspension of classes on March 28 and March 29 due to a “security threat.”

The memorandum signed by Tulin urged students to “go home and return to VSU for the resumption of classes on April 1, 2019.”

“We’d like to assure you that we’re on top of the situation, and our authorities are here, helping us respond to the security threat swiftly and carefully,” Tulin earlier said.

Tulin also refuted disinformation being spread online: “There is no truth to the rumors spreading that we’ve found bombs midst the scare.”

Students from distant provinces who can’t afford to go home were allowed to stay in their respective dormitories only after their dorm building had been cleared by the bomb squad personnel.

On Thursday evening, Tulin urged the students to remain vigilant.

“We learned a lot from this experience and we will continue to work harder in improving our security in all our VSU campuses. Let’s continue to be vigilant as we take care of our beloved alma mater and home,” he added. – Rappler.com

Marthy John Lubiano is a Mover from Palompon, Leyte. You can volunteer to be a Mover too by emailing move.ph@rappler.com.