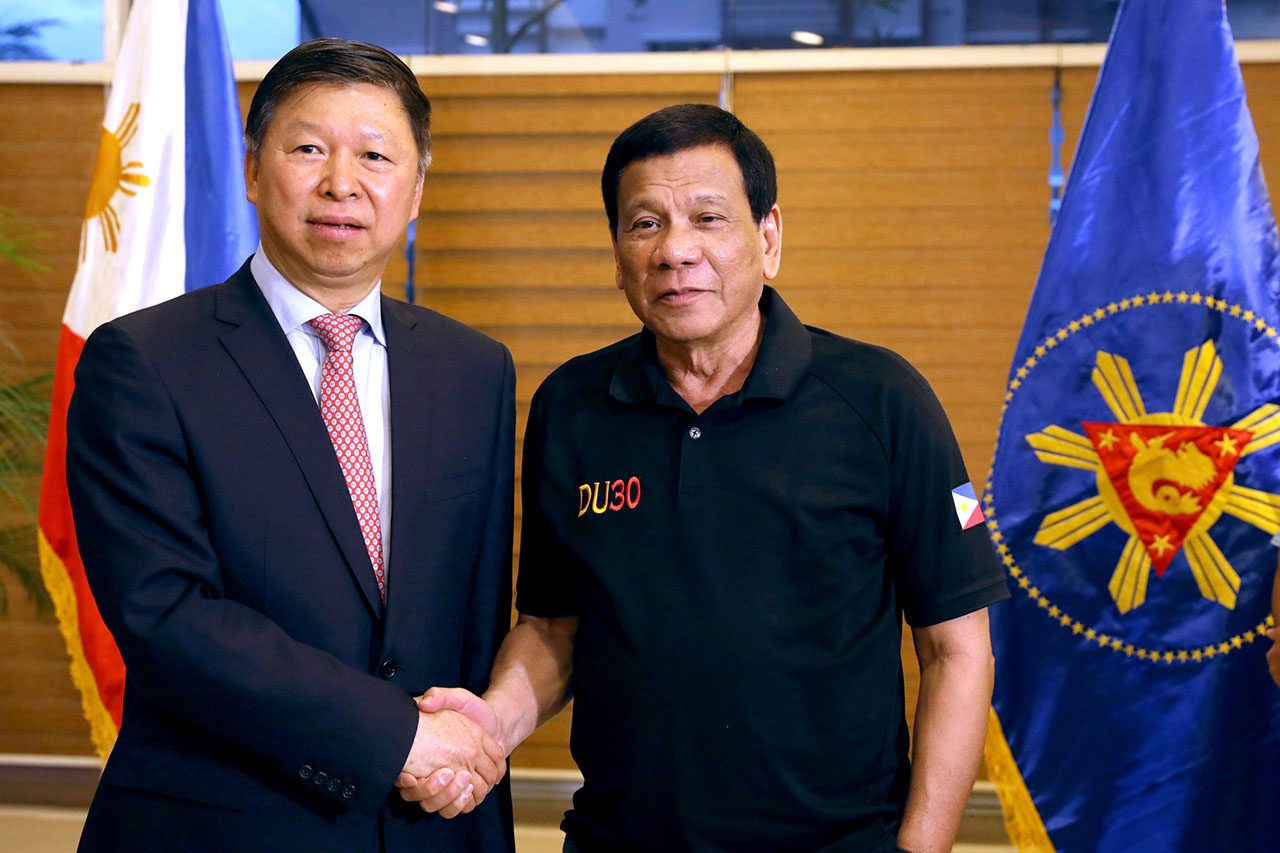 Facebook Twitter Copy URL
Copied
In a meeting with an official of China's Communist Party, President Rodrigo Duterte says he 'cannot stop' people from filing cases as the Philippines is a democratic country

MANILA, Philippines – In a bid to preserve good relations with China, Philippine President Rodrigo Duterte assured one of its government’s top officials that his administration had nothing to do with the complaint filed against Chinese President Xi Jinping before the International Criminal Court (ICC).

Duterte also told Song that though he was not involved in the ICC complaint, he could not stop others from filing it as the Philippines is a democratic country. (READ: Thousands sign petition backing ICC complaint vs China’s Xi)

Song brought with him other Chinese officials like Chinese Ambassador Zhao Jianhua and Consul General in Davao City Li Lin.

The Chinese official said he is looking forward to Duterte’s 4th visit to China in April to attend the Belt and Road Forum. This will be Duterte’s second time to attend the annual forum, which promotes China’s push for infrastructure development in partner countries to make trade and investment easier.

Many China-funded infrastructure projects in the Philippines are touted as part of the Belt and Road Initiative.

Duterte made sure to thank China for its assistance in his government’s major infrastructure projects.

“He (Duterte) underscored the relentless support of the Chinese government to the Build, Build, Build program of the Duterte administration to beef up the nation’s infrastructure development,” reads the press release.

Song responded with a promise of good will.

“If there will be a need of assistance in improving the people’s lives, China is willing to help,” he said.

Song’s visit comes as China loans for projects like the Kaliwa Dam and Chico River Pump Irrigation have come under intense public scrutiny.