Maria Ressa released on bail, warns vs impact of arrests on business

Mar 29, 2019 2:21 PM PHT
Lian Buan
Facebook Twitter Copy URL
Copied
'The fact that they also included upstanding, successful, tech entrepreneurs and businessmen...is a bad signal to send to the rest of the world,' Maria Ressa says of her arrest and that of 5 members of Rappler's 2016 board 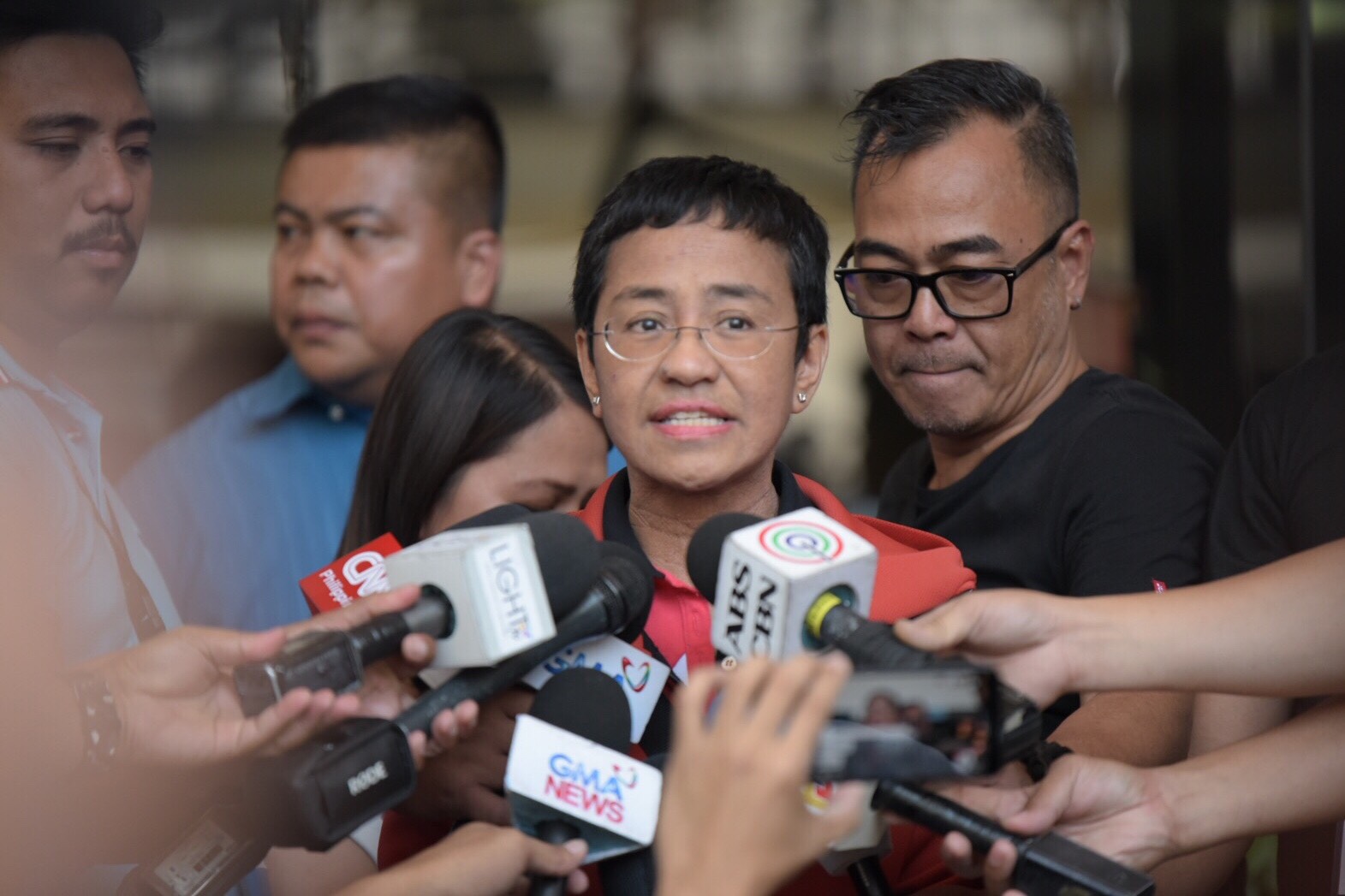 MANILA, Philippines – Rappler CEO and Executive Editor Maria Ressa was released on Friday, March 29, after she posted bail for the 7th time in over a month, this time for alleged violation of the Anti-Dummy Law.

She said her arrest – along with 5 members of Rappler’s 2016 board – sends a “bad signal” to the world, especially the business community.

“Apparently the Philippine government with arresting just me, the fact that they also included upstanding, successful, tech entrepreneurs and businessmen, this is a bad signal to send to the rest of the world,” Ressa said outside the Pasig Regional Trial Court (RTC) shortly after a lower court judge signed her release order.

Ressa was charged alongside members of the 2016 Rappler board, which is made up mainly of tech entrepreneurs. The businessmen on the board posted bail on Wednesday, March 27, ahead of an issuance of a warrant of arrest. Ressa could not do the same as she was abroad when the charges were filed.

“People like Manny Ayala, who is the head of Endeavour Philippines; people like Felicia Atienza, who is an investment banker who has come home to set up the Chinese International School; so many of our directors, who frankly, the Philippines should be proud of. They’re not criminals, and neither am I,” Ressa said.

Ressa, Rappler managing editor Glenda Gloria, and 2016 board members Manuel Ayala, James Bitanga, Nico Jose Nolledo, James Velasquez, and Felicia Atienza, were charged with one count each of violation of the Anti-Dummy Law and the Securities and Regulations Code for the issuance of Philippine Depositary Receipts (PDR) to foreign investor Omidyar Network.

“I was so proud of the directors who we worked with in Rappler, and their only crime is to believe that technology and communications, these can help jumpstart development,” Ressa said.

She added: “The fact that the government continues to label us as criminals is itself criminal. What can I say? I’m gonna laugh, because it’s all you can do now. Every action takes us further into a descent to tyranny. This is the weaponization of the law – you’re seeing it in action.”

The charges stemmed from the main issue of PDRs, which the Securities and Exchange Commission (SEC) said amounted to foreign control, in violation of the constitutional rule that media companies should be 100% Filipino-owned.

Rappler, a 100% Filipino-owned company, argued that PDRs were legal financial instruments resorted to by other media and previously upheld by the Supreme Court as constitutional.

The Court of Appeals said the SEC had basis to question the clause but also stressed that Rappler should have been given time to address it.

This is the 7th active court case against Ressa, and the 11th case overall against Rappler, its directors, and staff since January 2018, when the SEC attempted to shut down the company.

Ressa is facing 5 counts of alleged violations of the tax law, still rooted in the issue of PDRs.

Ressa said the charges were clearly an attack against a free and critical press.