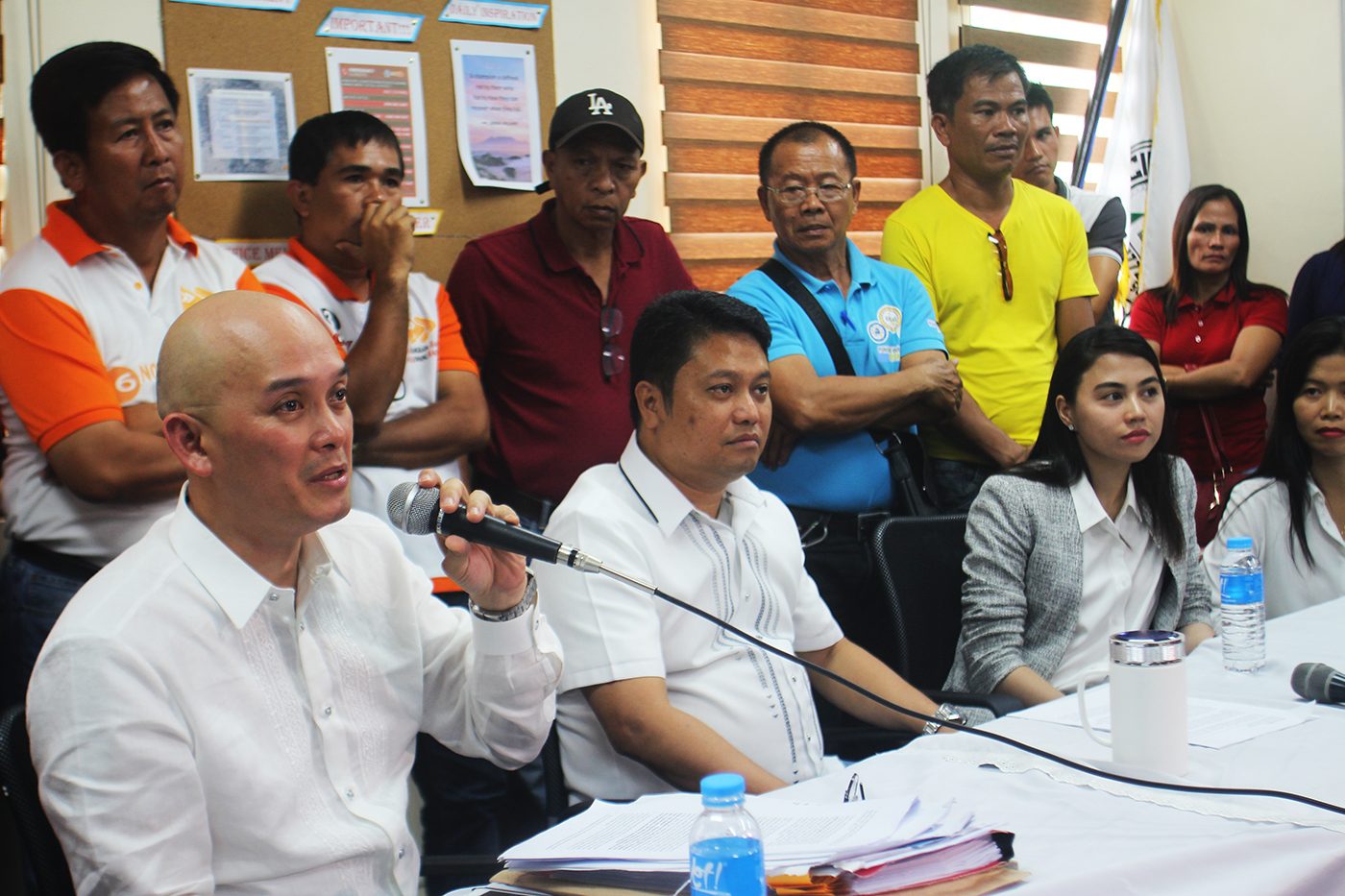 ALBAY, Philippines – The camp of Daraga Mayor Carlwyn Baldo on Moday, April 8, accused a Department of Justice (DOJ) official of manipulating the case against the mayor.

Baldo was charged with murder over the killing of AKO Bicol Representative Rodel Batocabe. He was also charged with attempted murder since several others were injured in the attack on Batocabe.

Merito Lovenzky Fernandez, head of Baldo’s legal team, claimed on Monday that the mayor’s case has been highly politicized, and that several big personalities were  allegedly working together to pin down Baldo.

He then mentioned an “undersecretary of DOJ who is also a Perete who happens to be the first cousin of the vice mayor,” referring to DOJ Undersecretary Markk Perete and mayoral candidate and incumbent Daraga Vice Mayor Victor Perete.

While he had no solid evidence to back up his allegation, Fernandez said his sources implicated the DOJ undersecretary in manipulating the case.

Fernandez also threatened to file administrative charges against the panel of prosecutors in Camarines Sur led by provincial prosecutor Richard Cu for “railroading the rule of law” after he was not allowed to file a motion to reply.

“If CIDG filed a motion [to] reply, give me also a chance to file my motion. This is injustice for not allowing us to file a rejoinder for 10 days and was submitted for a decision. We will file charges against the panel of [prosecutors] in Camarines Sur,” Fernandez said.

Police arrested Baldo on January 22 over the unrelated case of illegal possession of firearms. He was rushed to the hospital that same night for asthma and remained confined under police custody until his release in February.

He was released on P3-million bail  back then by Legazpi RTC Branch 10 Presiding Judge Theresa San Juan Loquillano, then immediately went back to work.

The murder charges are set to be raffled within the Legazpi RTC, after which the judge will decide whether there is probable cause to order the arrest of Baldo for murder, a non-bailable offense.

Lawyer Justin Batocabe, the eldest son of the slain lawmaker, welcomed the charges filed against Baldo.

“The DOJ panel of prosecutors has found enough evidence to pin down Baldo and his accomplices. We are praying that once the court decides positively on the resolution, an arrest warrant would be issued immediately to Baldo,” he said.

But Fernandez on Monday asked the Criminal Investigation and Detection Group (CIDG) not to handcuff Baldo if an arrest warrant is issued, saying his client would not flee and would surrender to authorities without resistance.

Baldo, for his part, said that the case filed against him was a demolition job.

“We will continue the fight despite [the] demolition job against me. I’m also calling [on] the President to see our case. We’re not asking for favor but what we want is fairness and to see the merit of the case,” the mayor said.

Batocabe and his police escort Orlando Diaz were shot dead on December 22, 2018, after attending a gift-giving event in Daraga. Batocabe was the first congressman to be killed under the Duterte administration.

Baldo is running for reelection in May, going up against Gertie Batocabe, who took her slain husband’s place in the mayoral race, and incumbent Daraga Vice Mayor Victor Perete. – with a report from Lian Buan/Rappler.com