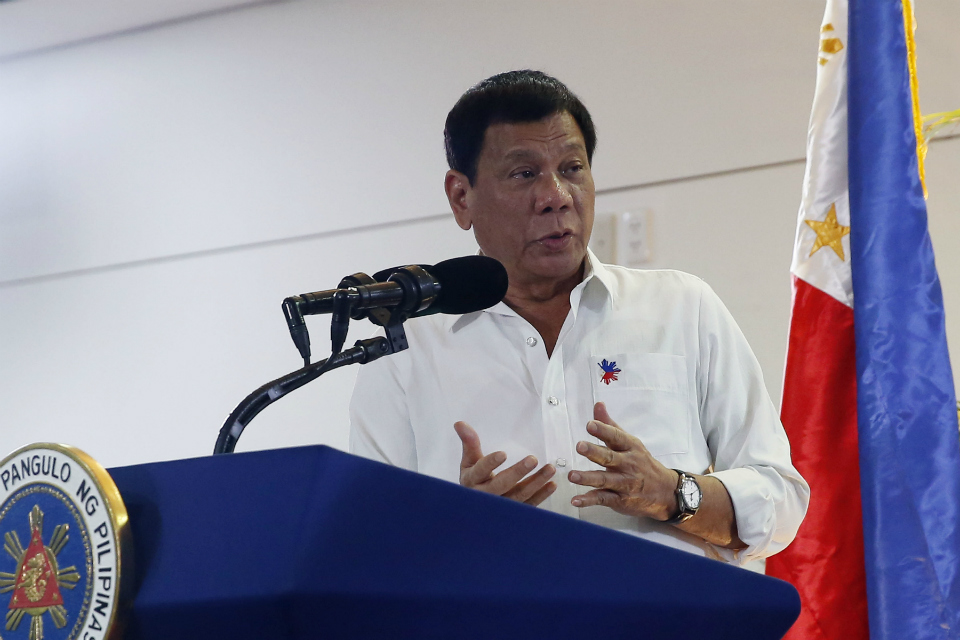 MANILA, Philippines – President Rodrigo Duterte has ordered the implementation of a cash-based budgeting system for 2019 despite Congress’ rejection of the policy.

In his veto message for the 2019 national budget, Duterte said that dismal government spending is “unacceptable” in his administration.

“Let me emphasize that pursuant to the Administrative Code of 1987, I shall mandate the implementation of a cash budget for fiscal year 2019 to ensure the availability of cash resources for priority development projects, and speed up delivery of services,” Duterte said in his veto message released Tuesday, April 16.

Duterte signed the 2019 budget bill into law on Monday, April 15, after more than 3 months of operating with a reenacted budget. The full copy of the 2019 General Appropriations Act has yet to be made available to the media.

The shift to a cash-based budget supposedly would limit contractual obligations and disbursing payments to goods delivered and services rendered within the fiscal year. (READ: What is cash-based budgeting?)

But because of the budget delay and the midterm elections scheduled in May, Duterte said the implementation of and payment for infrastructure projects will be extended until the end of 2020.

“We will allow the implementation of, and payment for, infrastructure projects to extend until December 31, 2020, provided that the funds for the purposes are obligated not later than December 31, 2019,” the President said.

The same rule will also cover subsidies to government-owned or government-controlled corporations for infrastructure projects.

The President said that prior releases made under the reenacted budget shall be considered as “advance releases,” to be offset against their corresponding appropriations in the recently-signed budget law.

For the longest time, agencies’ budgets have followed two-year, obligation-based budgeting, which disburses payments as obligations or commitments that may not necessarily be delivered within the same year.

Duterte has vetoed the controversial P95.3 billion worth of infrastructure funds, saying that these items “are not within programmed priorities.”

Aside from this, the President has also vetoed 12 other items in the national budget:

The President has also ordered “conditional implementation” of some items in the budget, pending the compliance to certain laws:

Meanwhile, some items have also been placed under conditional implementation to avoid duplication of funding sources:

The House of Representatives’ disapproval of a cash-based budgeting system started the budget deadlock, with the House failing to meet its target deadline to pass 2019 budget.

There were other issues that had prevented the Senate and House from agreeing on a single version of the budget – from allegations of pork-like insertions to accusations of corruption lobbed at former budget chief Benjamin Diokno, which he categorically denied. – Rappler.com