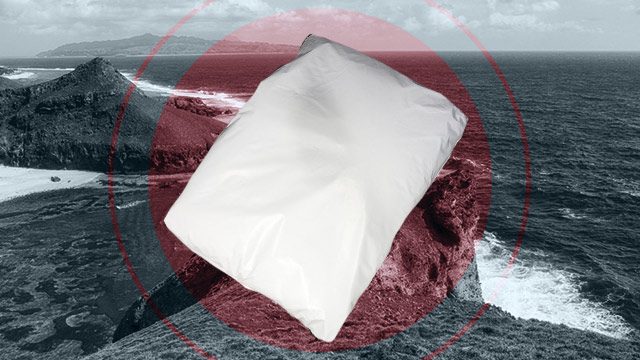 According to a police report from Camp Marcelo Adduru in Tuguegarao City, the substances packed inside 3 different containers were recovered floating off the coast of Basco, Batanes on Tuesday, April 16.

“The contraband weighing more or less one kilogram with estimated street value of P5.7 million (if tested positive as cocaine) was recovered by a fisherman while fishing in the said place near Naidi Light House, in Basco, Batanes,” the dispatch said. The substances were contained separately in a white plastic, a transparent vacuum-sealed plastic with “A” markings, and a green foil with “guanyinwang” tea markings.

The recovery comes after a series of off-shore cocaine retrievals in the Philippines’ eastern seaboard.

In an interview with CNN Philippines’ The Source on Wednesday, police chief General Oscar Albayalde said the floating cocaine packs were most likely the result of abandoned shipments, since the same kind of cociane packages were found in Australia and Fiji. – Rappler.com