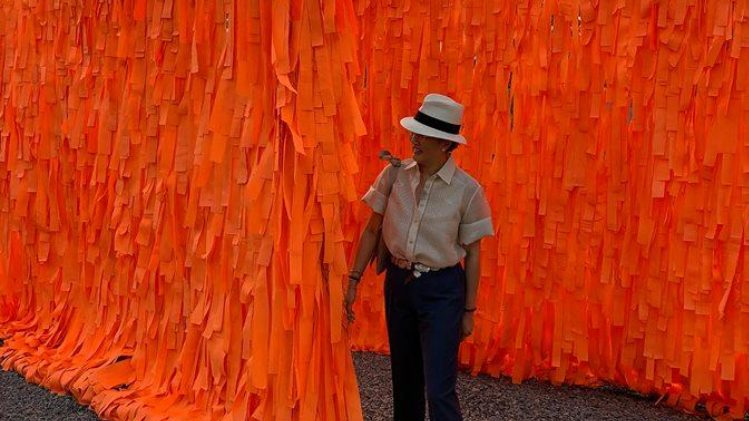 Facebook Twitter Copy URL
Copied
The Areté amphitheater is named after Ignacio B. Gimenez, who is identified by the Philippine government in court records as a 'dummy' of the Marcoses

MANILA, Philippines – An apology has been made, and the curator of the gallery has resigned, but controversies continue to hound Ateneo de Manila University over its creative hub Areté, where an ampitheater is named after a Marcos “dummy.”

Gimenez is identified by the Philippine government in court records as a dummy of Ferdinand and Imelda Marcos.

A reopened civil case at the anti-graft court Sandiganbayan sought to “to recover… ill-gotten wealth… acquired… by [the Gimenez Spouses] as dummies, agents[,] or nominees of former President Ferdinand E. Marcos and Imelda Marcos.”

In the reopened case, the Presidential Commission on Good Government (PCGG) said Gimenez and his wife, former Malacañang Social Secretary Fe Roa Gimenez, “acquired illegal wealth grossly disproportionate to their lawful income in a manner prohibited under the Constitution and Anti-Graft Statutes.”

In 2006, the Sandiganbayan forfeited in favor of the government $8 million from Swiss accounts owned by the Gimenez spouse.

Fe Gimenez also served as personal secretary to Imelda, who was recently convicted of 7 counts of graft over illegal Swiss foundations, but who enjoys temporary liberty pursuant to the rules of court on post-conviction bail.

A post on Facebook by art editor Carina Evangelista called out Areté’s association to Gimenez as “patronage” of the Marcoses and their dummies “when we should be shunning it and demanding accountability.”

Rappler has reached out to Ateneo’s Public Relations Office for a reaction. Ateneo has yet to respond as of posting time.

‘Everywhere, there they are’

“The problem isn’t just the Marcoses themselves. The problem is institutions and organizations accepting funding from them. It poisons the well,” Evangelista said in her public Facebook post.

Evangelista added: “Is it really that hard to refuse money from criminals or their dummies or their criminal dummies? Is it really that easy to practically build amphitheaters as literal concrete monument to cognitive dissonance?”

The event attended by Irene Marcos was called “Everywhere, There You Are.”

“Everywhere, there they are. They creep their way in to legitimacy through what place in the sun they buy,” said Evangelista, pointing out that “the Marcoses mastered the art of using art as a platform and a foil.”

It was Imelda who had the Cultural Center of the Philippines (CCP) built; and other cultural buildings came to be associated with the former First Lady such as the Folk Arts Theater, the Coconut Palace, the Philippine International Convention Center, and the Manila Film Center.

“Art is a medium susceptible to being instrumentalized by power. The Marcos years created a myth of the golden age of art and culture. Don’t be taken in again. And again. Because everywhere, there they are. All that gold is meant to buy your silence and your allegiance. Not resisting means yielding one’s power to that power,” said Evangelista.