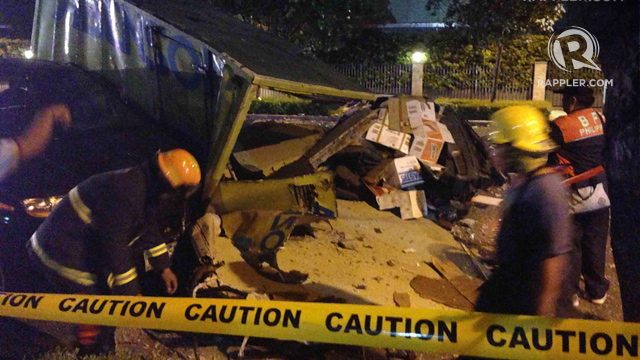 Facebook Twitter Copy URL
Copied
'Petitioners' negligence caused an explosion...and for petitioners to shift the blame to the victim is only adding insult to injury,' says the 8th Division of the Court of Appeals

MANILA, Philippines – The Court of Appeals (CA) rejected the plea of Alveo Land to dismiss the damage suit filed by the unit owner in connection with the 2013 Two Serendra blast caused by a gas leak.

In a 21-page decision, the court’s 8th Division affirmed the ruling of Taguig City Regional Trial Court (RTC) Branch 271, which earlier denied the motion of Alveo Land, Makati Development Corporation, and Bonifacio Gas Corporation – all owned by the Ayala group – to dismiss the complaint filed by unit owner Marianne Cayton.

This means the RTC can now proceed with the trial.

The CA held that there was no grave abuse of discretion when the RTC did not dismiss Cayton’s complaint.

The CA disagreed with the petitioners’ argument that Cayton’s case should be dismissed because she failed to state a cause of action against them. The petitioners said Cayton could not claim for damages because she herself was the proximate cause of the injury.

Results of the investigation showed that the cause of the gas leak was the unauthorized movement of a gas range in the unit during renovation.

But the CA said it was the petitioners’ negligence that led to the explosion.

“Obviously, Cayton and the other tenants of Two Serendra had no participation in the introduction or installation of the LPG system within the entire Two Serendra complex as the same was even part of the project’s selling point to their then-prospective buyers,” the CA said.

“Petitioners’ negligence caused an explosion which was caused by an LPG leak that went undetected for 13 hours, and for petitioners to shift the blame to the victim is only adding insult to Cayton’s injury.”

Following an inter-agency task force’s probe in 2013, the Department of the Interior and Local Government said that the blast was caused by the “negligence” of the unit owner, the Ayala companies, and the construction firm that took care of repairs in the unit.

The Two Serendra blast took the lives of 4 people, including the person who occupied the condo unit at the time of the explosion. – Rappler.com