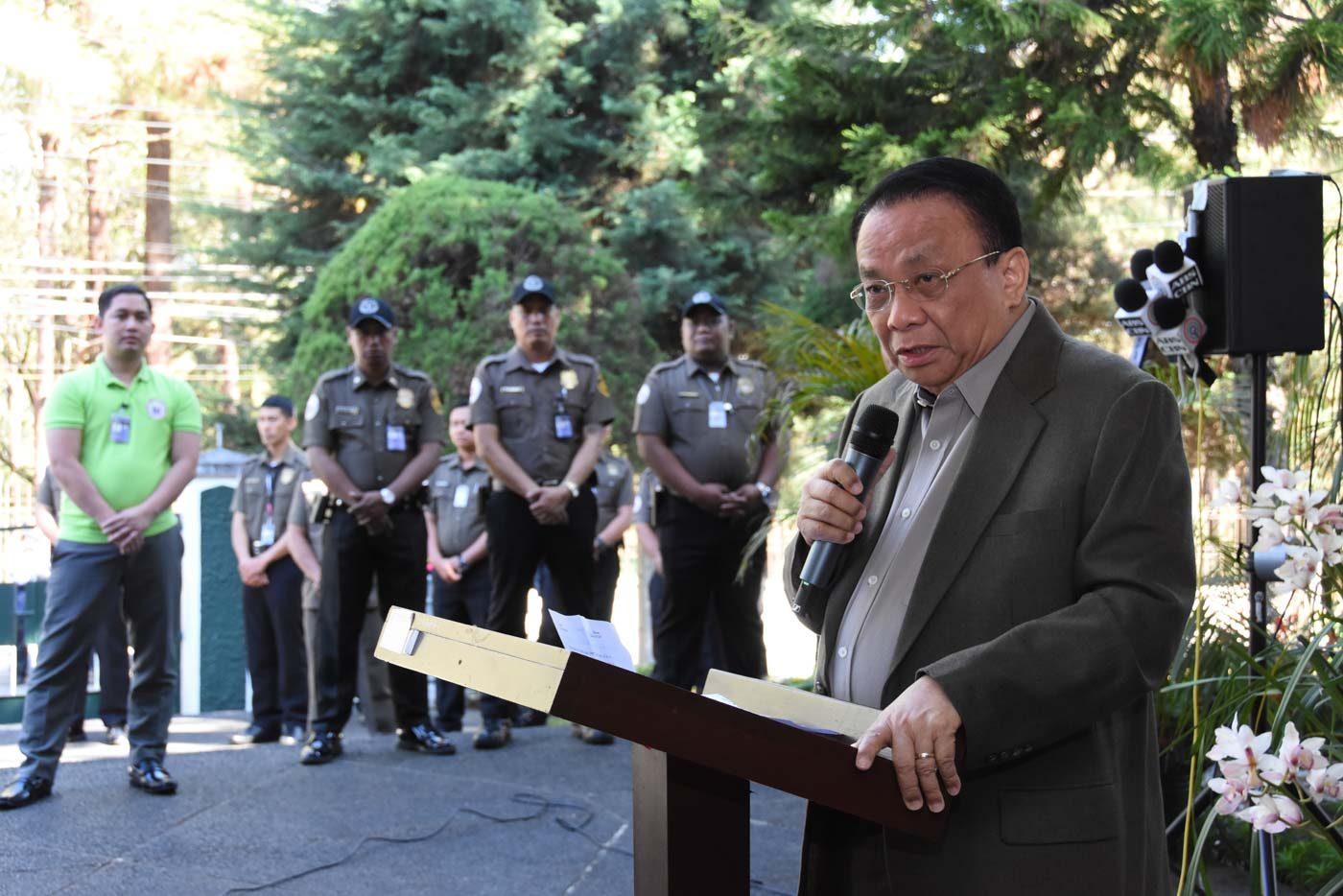 Facebook Twitter Copy URL
Copied
The Chief Justice receives P3.27 million in benefits in 2018, which is more than his basic salary of P2.46 million in the same year

MANILA, Philippines – Chief Justice Lucas Bersamin barged into the top 10 highest-paid officials in government for 2018, with his total income for that year reaching close to P11 million.

Since 2009, Bersamin and retired justice now Marinduque Governor Presbitero Velasco Jr have been the only two justices in the top 10 highest-paid government officials. Velasco ranked 6th in 2017 with P9,589,126. (READ: Why don’t we know enough about Supreme Court justices’ wealth?)

The top 10 for 2018 consists of the same names from the Bangko Sentral ng Pilipinas, with Solicitor General Jose Calida just dropping to top 6. In 2017, Calida became the first solicitor general in years to be in the top 5. He was at top 4 in 2017. The jump can be attributed mainly to his Personnel Economic Relief Allowance (PERA), Additional Compensation (AdCom), and honorarium.

It was the same for Velasco in 2017. He received a collective amount of P2.79 million from PERA, AdCom, and honorarium, which was more than his P1.94 million basic salary for that year.

The 2nd highest paid justice in the Supreme Court after Bersamin is Associate Justice Mariano del Castillo at top 24 with P8.316 million.

Unlike Bersamin, Del Castillo, Carpio, and Peralta only received P744,000 in PERA, AdCom and honorarium, on top of their basic salary of roughly the same amount.

Summaries of the justices’ 2018 Statements of Assets, Liabilities and Net Worth have not been released by the Supreme Court. In the 2017 SALN summaries, Carpio is shown to have earned the most that year with his government income accounting for less than half of the jump.

Rappler’s request to access full copies of their SALNs was denied. – Rappler.com