In a document sent to reporters on Thursday, May 23, the Customs Intelligence and Investigation Service of Collection District 10 said that Customs authorities and port operators discovered 7 40-footer containers from Australia on May 14.

The shipment was noted to have “a characteristic smell inherent to municipal waste” and contained baled trash. The regional Bureau of Customs office had alerted necessary authorities of this shipment on May 10.

Raedwulf Geollegue, officer-in-charge of the Department of Environment and Natural Resources-Region 10’s Air and Water Section, said in a letter to the Environment Management Bureau in the region and the MICT that the contents cannot be easily recycled or separated for recycling.

The contents were meant for Holcim Philippines, Incorporated, and were intended to be used for fuel to make cement. The shipment was declared as “processed engineered fuel” and lacked the needed import permit, according to the report.

Geollegue, however, said it remains unclear if the broker received the proper clearance to bring in the waste as the representative did not “confirm nor deny having such clearance.”

“To add, said process of burning is done during nighttime. This information adds doubt to the herein office as to whether they are truly compliant with [the Department of Environment and Natural Resources’] rules and regulation specifically the Clean Air Act Law,” Geollegue added in his letter.”

The shipment also allegedly violated other laws, namely, Republic Act (RA) No. 9003 or the Ecological Solid Waste Management Act of 2000, RA 6969 or the Toxic Substances and Hazardous and Nuclear Waste Control Act of 1990, and Section 1400 of the Customs Modernization and Tariff Act, which covers misdeclaration or misclassification of shipment.

Speaking to reporters on Friday, May 24, MICT port collector John Simon said that a container from Hong Kong carrying electronic and residual waste, which was misdeclared as assorted electronic accessories, arrived in February. 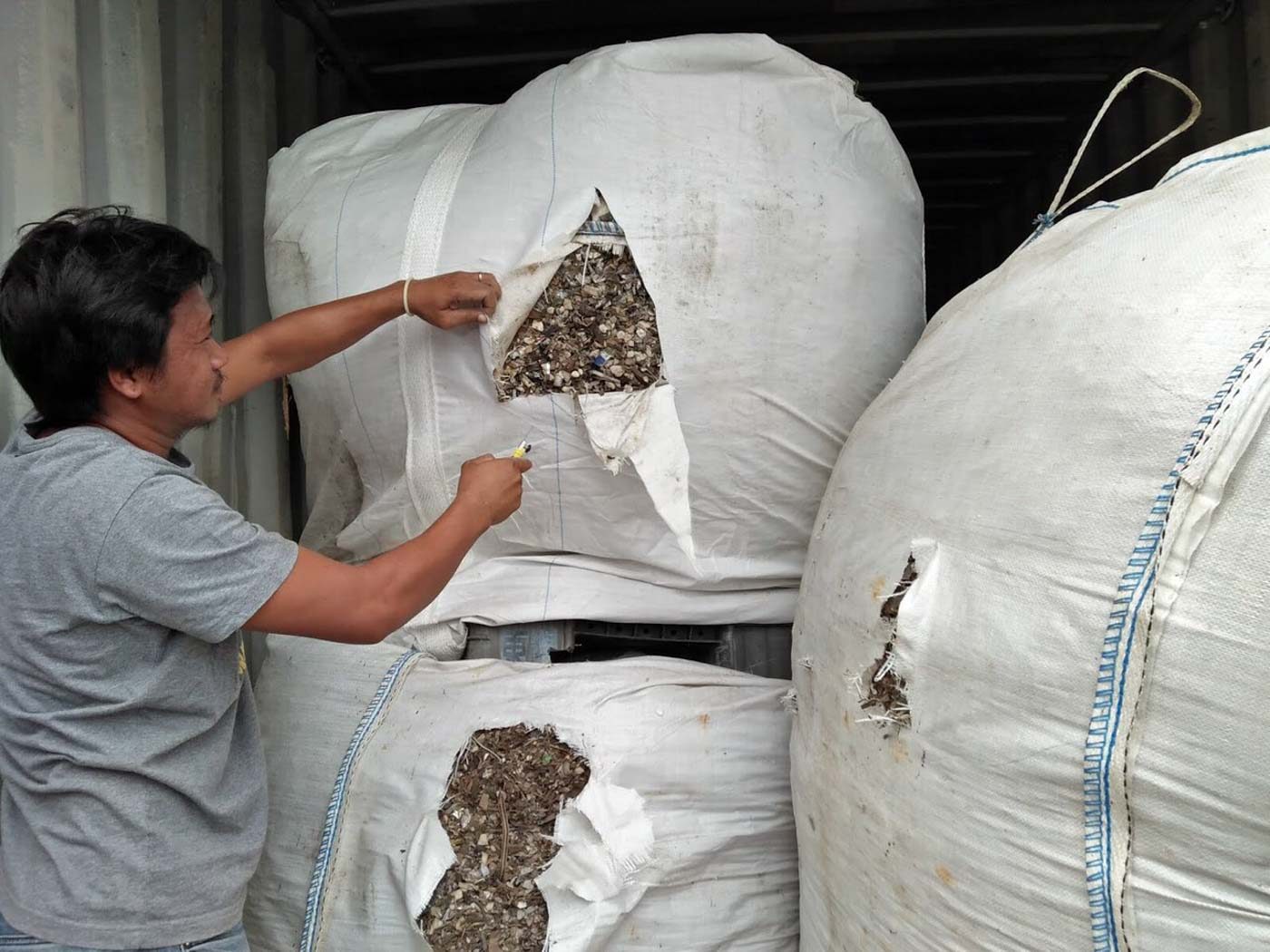 Unlike the Australian shipment, Simon said that the destination for these containers did not exist.

The Bureau of Customs is currently working on having both the Australian and Hong Kong shipments sent back. Both shipments were already issued warrants of seizure and detention.

Only the order of reexportation is needed for the containers to be sent back to the respective countries.