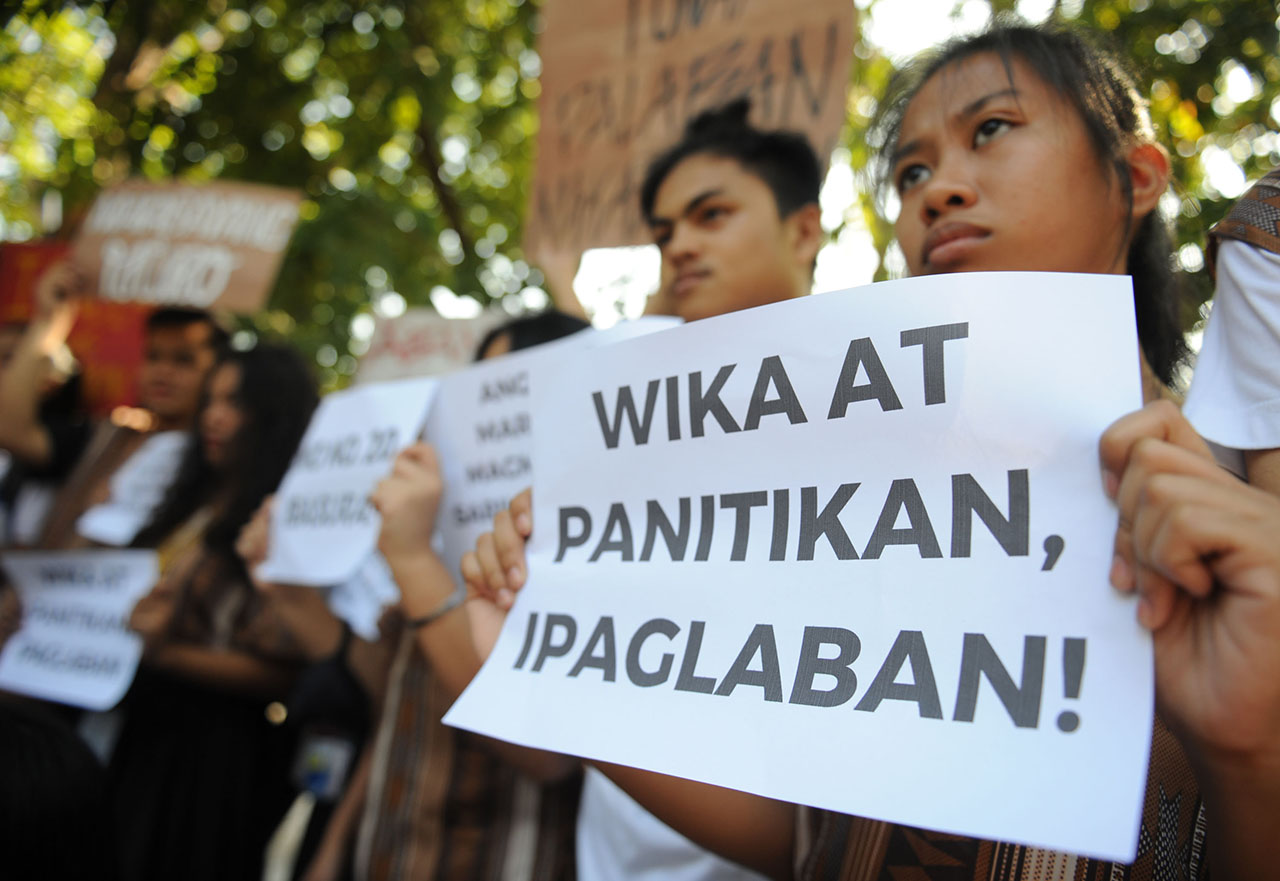 MANILA, Philippines – It’s final: Filipino and Panitikan are not required subjects in college.

In a resolution dated March 5, the Supreme Court (SC) en banc upheld its October 2018 decision after petitioner Tanggol Wika failed to offer “any substantial argument” on the case.

“No further pleadings or motions shall be entertained in this case. Let entry of final judgment be issued immediately,” SC Clerk of Court Edgar Aricheta said.

The High Court reiterated its decision upholding as valid the Commission on Higher Education (CHED) memorandum order (CMO) removing Filipino and Panitikan, as well as the Philippine Constitution, from core subjects in college.

“CMO 20 did not violate the Constitution when it merely transferred these subjects as part of the curriculum of primary and secondary education,” the resolution said.

The SC en banc emphasized that CMO 20 only provides for the “minimum standards” for the general education component of all degree programs.

“It does not limit the academic freedom of universities and colleges to require additional courses in Filipino, Panitikan, and the Constitution in their respective curricula,” the High Court said.

The decision means that CHED may now implement the order.

In the same ruling, the en banc ruled that it was “erroneous” for petitioners to assume that the K to 12 Law does not serve the interest of science high school students.

“The K to 12 Law explicitly recognized the right of schools to modify their curricula subject, of course, to the minimum standards prescribed by [the Department of Education],” it said.

“The K to 12 IRR (implementing rules and regulations) further confirmed the inclusiveness of the design of the K to 12 Basic Education curriculum by mandating the inclusion of programs for the gifted and talented and allowing acceleration of learners in public and private educational institutions.”

In a statement, Tanggol Wika called the SC decision a “setback” in the education system, saying that they intend to file another motion for reconsideration “in an effort to exert all remedies.”

“Within the context of our long colonial past and neocolonial present, we cannot be timid in propagating our own national language and literature,” Tanggol Wika said.

“The ravaging tides of globalization and cultural homogenization will surely wipe Filipino and Panitikan out, if we refuse to institutionalize their propagation in our education system. This is a choice between our collective survival as a nation, and our collective death as a free country.”

The group also called on university and college administrators to refrain from implementing the CHED order.

When the SC issued a temporary restraining order (TRO) in 2015, it only stopped the implementation of the CHED order at that time “without giving due course to the petition.”

Three years later, the en banc decided that the CHED order was consistent with its authority under Republic Act No. 7722 or the Higher Education Act.

CHED had not yet implemented the order despite the lifting of the TRO in 2018, saying it would wait for the SC’s final decision. – Rappler.com