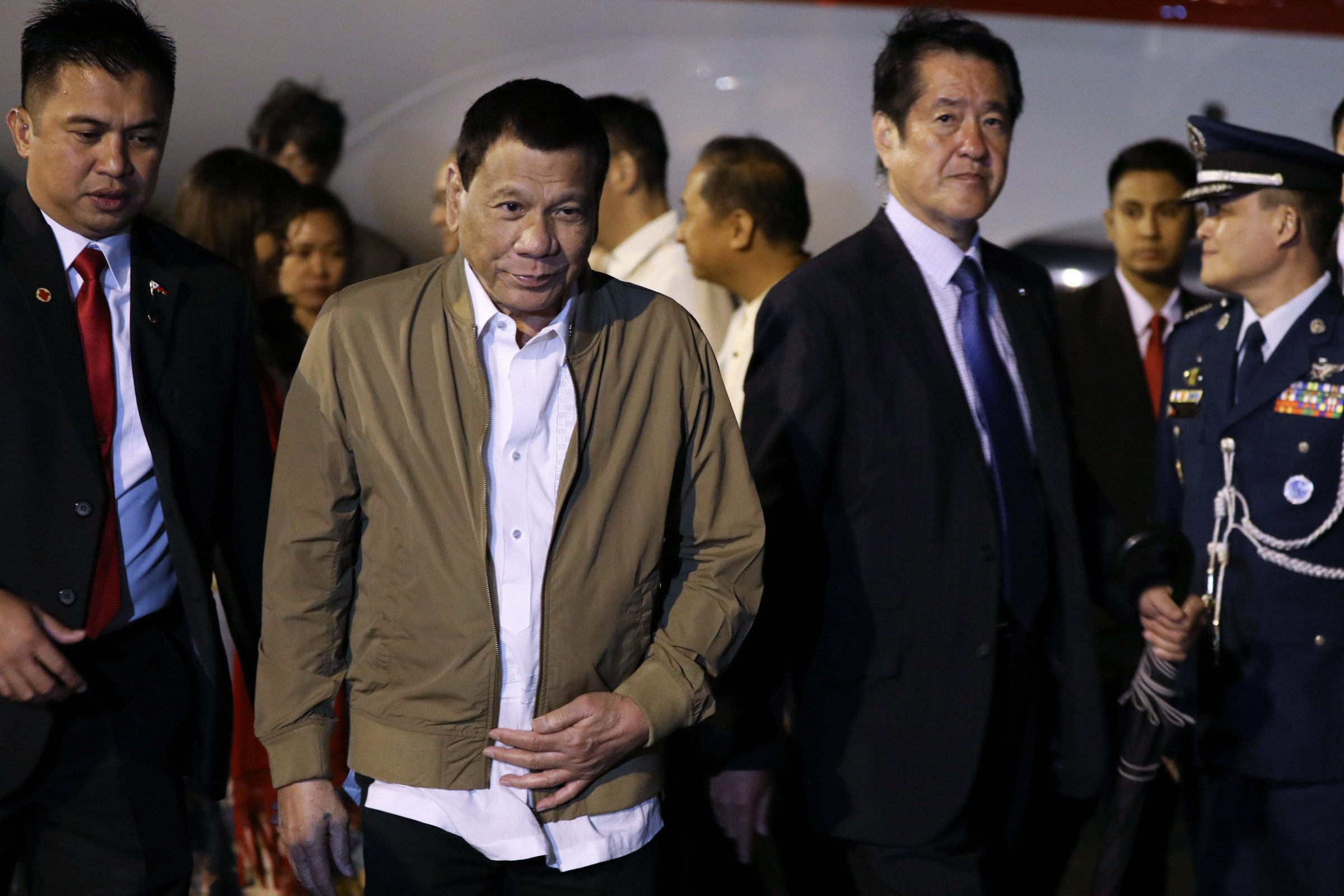 MANILA, Philippines – President Rodrigo Duterte promised Japanese businessmen he would “kill” any problems they encounter with their ventures in the Philippines – his personal spin on a pitch to increase Japanese investments in the country.

“I will talk to you and just let me know what your problem is and we will kill that problem,” said Duterte on Wednesday, May 29, during a forum with Japanese businessmen at the Imperial Hotel in Tokyo. (READ: Duterte arrives in Japan for forum, meeting with Abe)

His remarks were met with laughter. He also drew applause when he vowed to fight government corruption and red tape.

“May I just assure you, during my time, I said, there will be no corruption and every Japanese investor in my country, however small or however big, I can assure you that if there’s any complaint regarding hindrances, obstruction, or outright corruption, let me know,” said the Philippine leader.

Duterte also called for an enhanced Philippines-Japan Economic Partnership Agreement (PJEPA), the Philippines’ only bilateral free trade agreement. It was last reviewed in May 2016 and will be up for review again in 2021.

“We are currently reviewing this agreement and we hope to upgrade it to a higher level of preferential arrangement that is mutually beneficial to our countries,” he said.

Among the Philippines’ biggest priorities is to improve access to Japanese markets for Philippine agricultural products like bananas. (READ: LIST: 26 deals signed during Duterte’s 2019 Japan trip)

Duterte also said the Philippine government wants the two countries to adopt a “framework of mutual recognition” for nurses and healthcare workers seeking opportunities in both nations.

Aside from Japanese and Filipino businessmen, Cabinet members attended the forum. Though no longer Duterte’s special assistant, senator-elect Bong Go was also at the event, seated beside Agriculture Secretary Emmanuel Piñol.