On Eid’l Fitr, Marawi IDPs pray for fortitude and a home to go back to That’s how long half of the population of Marawi have been displaced, and during the Eid’l Fitr celebration on Wednesday, June 5, their only prayers are fortitude and for them to return home in the Most Affected Area (MAA) of this city.

At the Sarimanok 1 Tent City where 210 tents are still home to more than 200 families, life goes by but not without the Internally Displaced Persons (IDPs) looking over the other side of the city where their homes are.

Maranaos living here are still unsure of what lies in the future for them.

For Olowan Magarang, a former overseas Filipino worker who worked as a medical technologist, life in the tent city is made more difficult with the uncertainties of when they are moving from the tent to the transition shelter in Buganga, near Lake Lanao.

Magarang and his wife Rohaina are even luckier than other IDPs. They were able to buy equipment for their business when the government has given them P63,000 as livelihood package.

Sarah Abbas, a mother of 4 and illiterate, wasn’t as lucky. Sarah and his family were not able to register for the biometrics the Task Force Bangon Marawi (TFBM) conducted earlier this year.

Sarah won’t be able to receive from the government anymore unless the TFBM includes them in the list.

Twenty-one (21) Christian families also live in this tent city, and they are also unsure of what the government’s plans for them are, as they are considered as renters and thereby not qualified for compensation and transition shelters. Rohaima’s prayer for the Eid’l Fitr is for them to go home to ground zero.

“I really want to go home, live there, start from the start, build our home all over again,” Rohaima said.

“I pray for guidance for us people, how to live, but we also need help,” Pancatan said.

Pancatan said that they don’t want to rely on dole outs.

“We don’t need to ask money – it can be spent. We need [a] livelihood project that is sustainable for us to get back on our feet,” Pacatan said.

The lack of investment in Marawi City and the government’s failure to spend its rehabilatation fund means that there is little livelihood to do around. (READ: Marawi residents to gov’t: Unreleased donations deprive us of basic needs)

Pedicab drivers here while away their time at the newly constructed access road connecting the city to Sagonsongan, waiting for passengers wanting to go to the city proper or to Sagonsongan.

“There [are] few passengers here, people would rather walk because they have no money for having too little work,” one driver said.

“We wonder when will this stop when no one can give us assurance that it will be over,” another driver said.

International Committee of the Red Cross (ICRC) President Peter Maurer during his visit here on Monday, June 3, said that the work of the ICRC in Marawi City is not yet done.

“In my visit to Marawi City this week, I saw a community dealing with the physical and psychological impact of conflict. I met a family of a missing person that hasn’t lost hope that news about their relative will arrive soon,” Maurer said.

“I see indicators of hope, fortitude, and of shared determination to rise from the ravages of the conflict in Marawi and other areas in Mindanao still affected by sporadic armed fighting,” Maurer said. 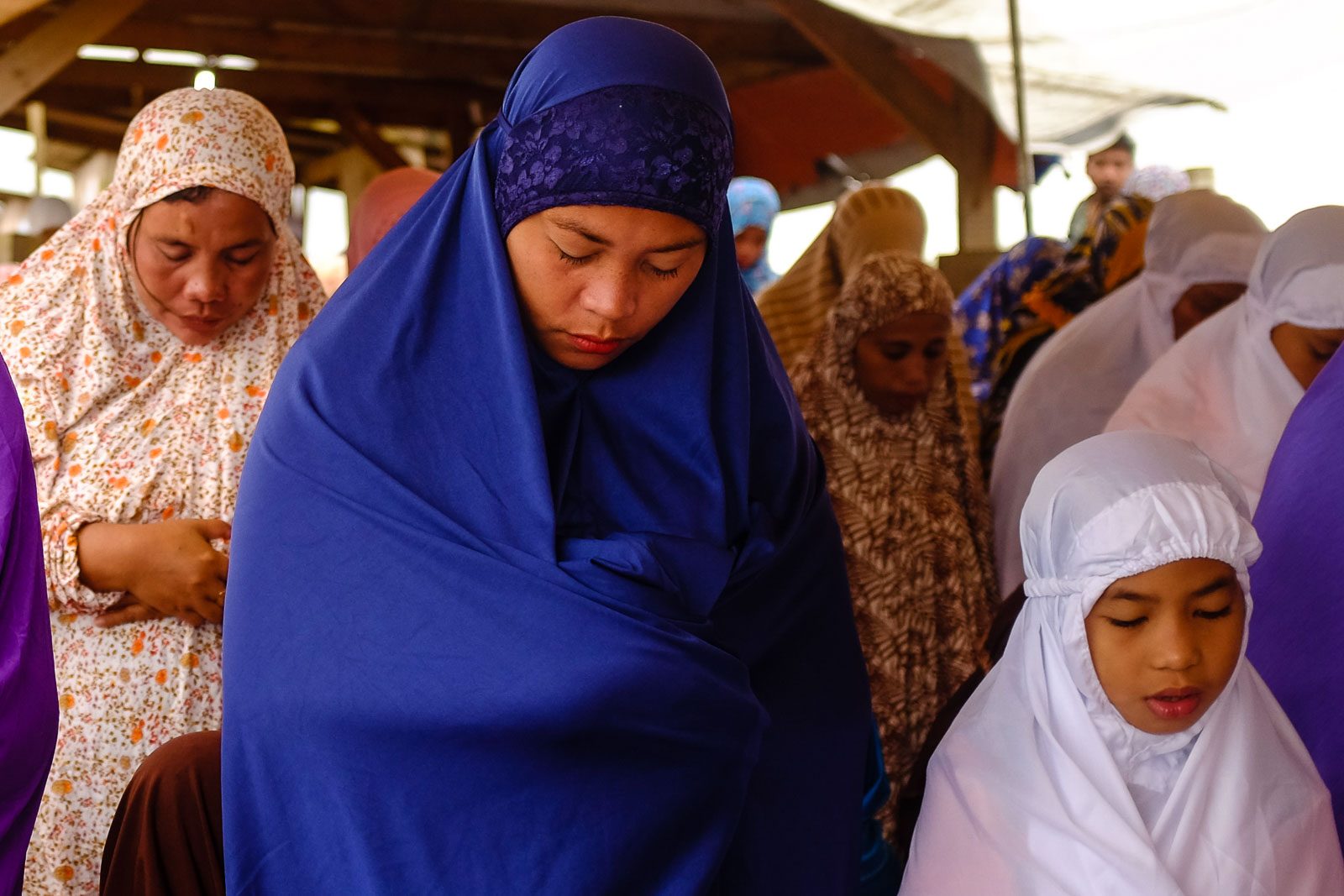 Maurer said that in his discussions with the Philippine government’s high-ranking officials, he felt the commitment and resolve to find effective, long-term solutions to the humanitarian issues of concern.

“Despite considerable constraints they deal with. The people need to be able to count on the authorities to be responsive to their needs,” Maurer said.

Drieza Lininding, chairman of the Moro Consensus Group, said that this Eid’l Fitr, he prayed that the national government will open their hearts to the real situation of the Marawi IDPs.

“I pray that the Muslim Ummah in general will keep and practice the lessons of Ramadan, to be kind and respectful regardless of religion and creed,” Lininding said.

“May the rest of the Filipinos accept us for who we are and what we believe in, to realize that we are not a threat but partner towards peace and progress,” Lininding said. – Rappler.com