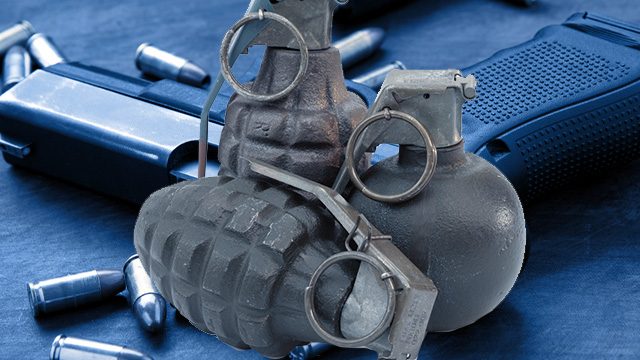 Facebook Twitter Copy URL
Copied
A goat herder finds the gun and grenades inside a sack at Laoa Bridge in Barangay Laoa, Paoay

BAGUIO CITY, Philippines – Seven grenades and one gun were recovered near a bridge in Paoay, Ilocos Norte, on Thursday, June 6.

The local police said these were found inside a sack at Laoa Bridge in Barangay Laoa.

Suyat said the sack had been submerged in the silt which meant it was there for a long time.

Bagasol immediately contacted their barangay captain who then called the police.

The explosives are now at the Explosive Ordnance Division of the Ilocos Norte Police Provincial Office in Laoag City. – Rappler.com