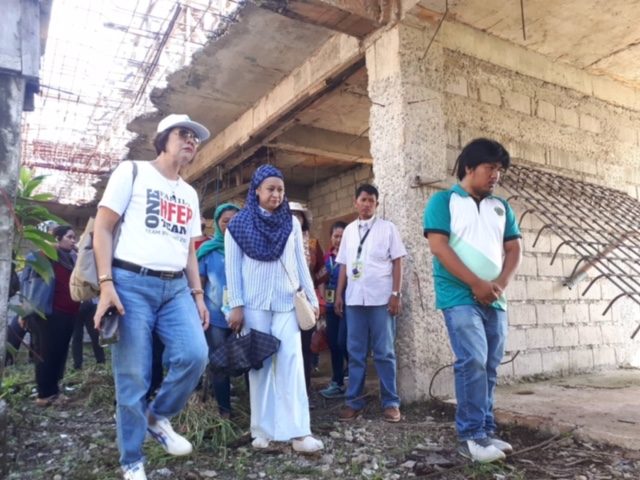 DOH Director Leonita Gorgolon, director for Health Facilities Enhancement Program, shouted at Rappler correspondent and DXNO Basilan station manager Richard Falcatan at the Basilan General Hospital in Isabela City, demanding that he provide a formal letter to authorize him to cover the event.

“Who gave you the permission to cover? You should write first an official letter before covering or taking photos,” Gorgolon said.

Gorgolon is part of DOH’s Health Facilities and Infrastructure Development Team. She insisted that Falcatan ask for permission before taking photos during the inspection of a public place.

“You took pictures of us without asking permission, later on, our faces might land on Rappler,” Gorgolon added.

Earlier, the Basilan General Hospital sent Falcatan a letter inviting him to cover Gorgolon’s visit, together with other journalists, to report updates on the hospital’s state.

“The Basilan General Hospital has invited Director Leonita Gorgolon (and company) of the Health Facilities Enhancement Program of the DOH to conduct an on-site assessment of our hospital…In this connection, we would like to invite you and your crew to cover this important event. Your presence on the aforementioned date will be very much appreciated,” the hospital said in a letter dated on June 4. (We had an argument. And later on I left the venue. I wanted to get their sides regarding a statement by congressman-elect Mujiv Hataman on issues about the hospital. He said he would conduct an investigation into the projects of BGH.) – Rappler.com