Duterte vows solution to flight cancellations, delays ‘within a month’ 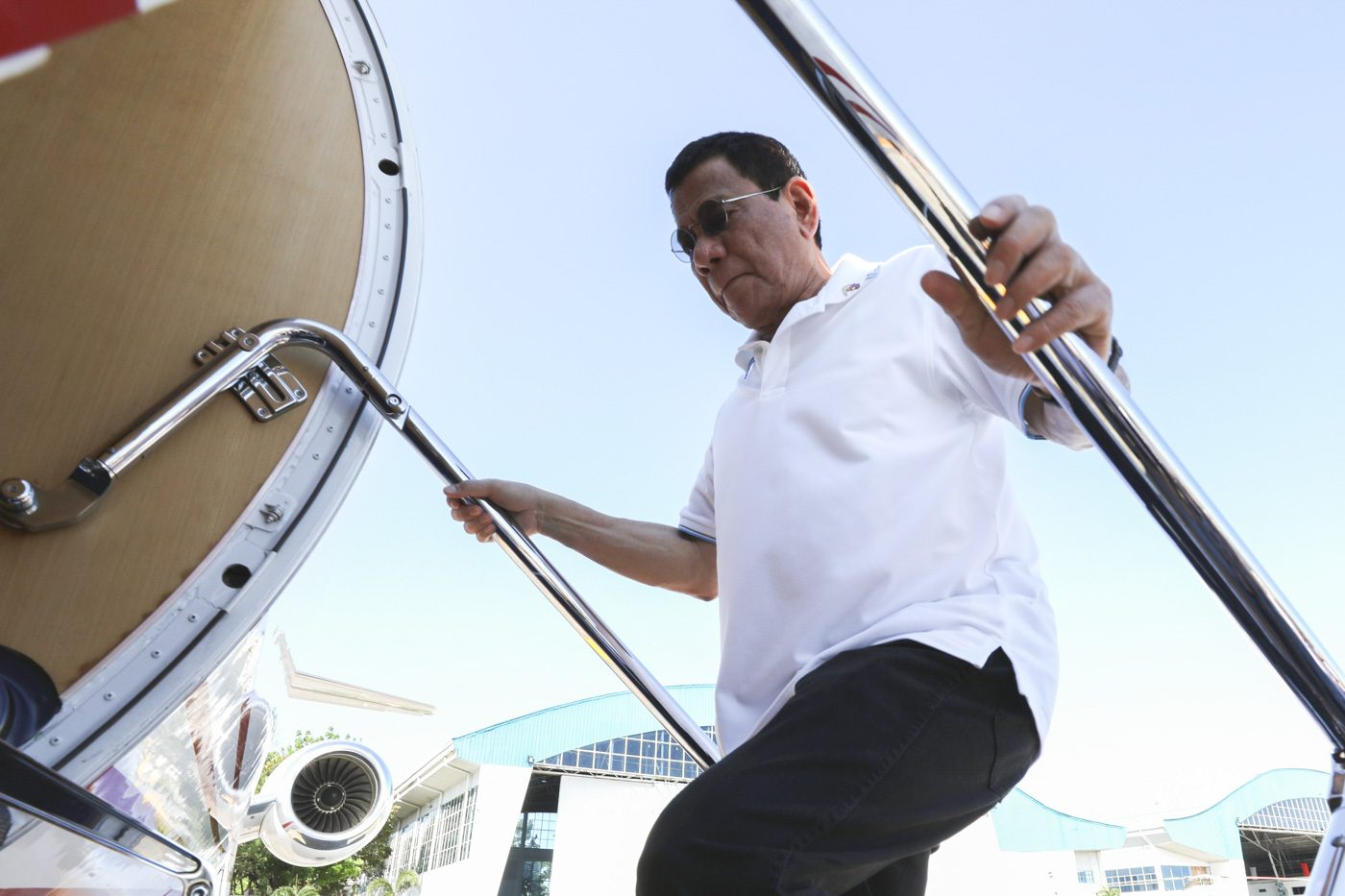 MANILA, Philippines – President Rodrigo Duterte, during a “surprise inspection” at a Metro Manila airport, promised to find a solution to flight cancellations and delays in a month’s time.

Duterte spoke with airport officials and airplane passengers at the Ninoy Aquino International Airport (NAIA) Terminal 2 early Monday morning, June 10, according to a Malacañang news release. The airport visit took place around 2 am after Duterte dropped by the wake of Sendeng Loo Gaisano.

The “inspection” took around 30 minutes.

This was supposedly done after he heard of reports and complaints about delayed or cancelled flights, said the release.

After speaking with airport officials, the President “talked to the passengers apologizing to them (for) the inconvenience caused by the disruptions.” (READ: What to do when your flight gets canceled)

“The President vowed to come up with a remedy within a month,” continued the news release.

He had also inquired if airport staff are attending to needs of affected passengers, whether through the provision of alternative flights or incentives.

A Philippine Airlines manager and a NAIA-Terminal 2 airport duty manager also gave the President a briefing on the flight problems and what is being done about them.

Duterte, meanwhile, gave his own inputs on possible longterm solutions to the delays and cancellations.

“The Chief Executive discussed how flight aberrations could be minimized and what actions could be employed by the government, particularly the Department of Transportation, to solve the problem in the long term,” reads the release.

Duterte capped his time at the airport with a snack at one of the facility’s food kiosks. – Rappler.com