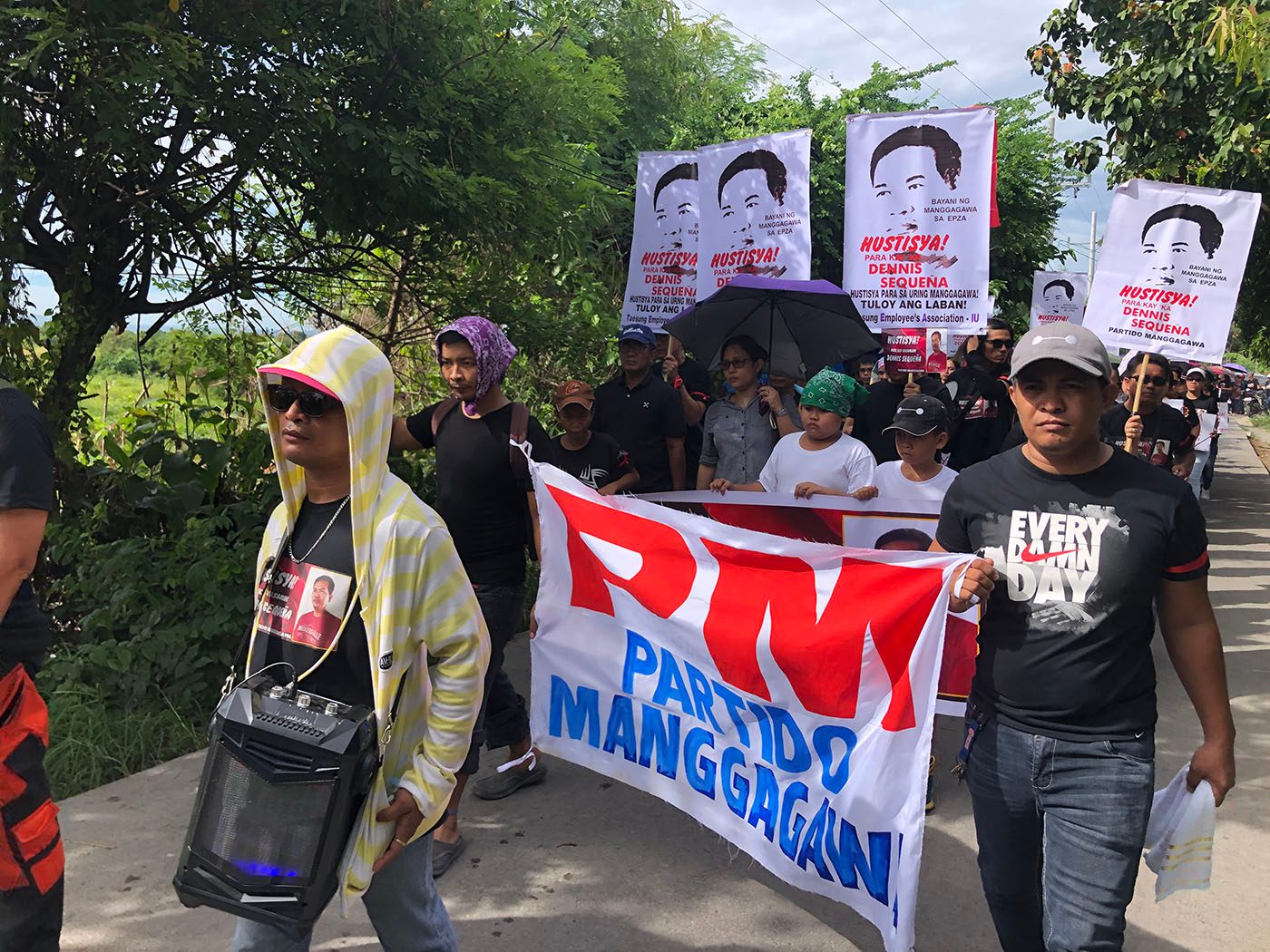 Sequeña was shot dead by unidentified gunmen in Barangay Bunga in Tanza, Cavite, while he was giving a lecture on trade unionism. The 48-year-old, known fondly by colleagues as Ka Dennis, was the vice chairperson of PM Cavite and the group’s 4th nominee for the party-list race during the 2019 midterm elections.

Sequeña is best remembered for his work organizing laborers in the Cavite EPZA. He asserted their rights and spoke out against contractualization.

Cristeta Sequeña, wife of Dennis, promised to honor her husband’s memory by continuing his legacy of fighting for workers’ rights.

(We will continue what you’ve started. It hurts, but we will accept it and we won’t stop until we get justice. Hopefully, things will speed up.)

WATCH: Cristeta, the wife of Ka Dennis, gives a final message before the burial.

She promises to fight until justice is served: “Ipagpatuloy namin ang iyong nasimulan.” || via @SamanthaBagayaspic.twitter.com/YMb7J59jJG

Rene Magtubo, PM’s national chairman, said he and his colleagues would not stop demanding action on Sequeña’s case until his killers are caught.

(We may be laying him to rest, but we know this is not the end because we’ve been crying for justice since he was killed. We will never stop seeking justice, never stop knocking on the local government of Cavite’s doors to capture the people who killed him.)

Although Cavite has lost an influential labor leader, PM Cavite chairperson Ramil Cangayao said the funeral march proved that workers in the province are still as united as ever.

(This is not our last fight…. Let’s make it known to all of Cavite that workers will continue to fight until we attain our rights.)

During the funeral, people sang left-wing anthem “The Internationale” in Filipino to celebrate Sequeña’s work as an activist.

They later placed their banners and red ribbons on Sequeña’s coffin right before his burial. Finally, lit candles and signs calling for justice were placed on his grave. – Rappler.com