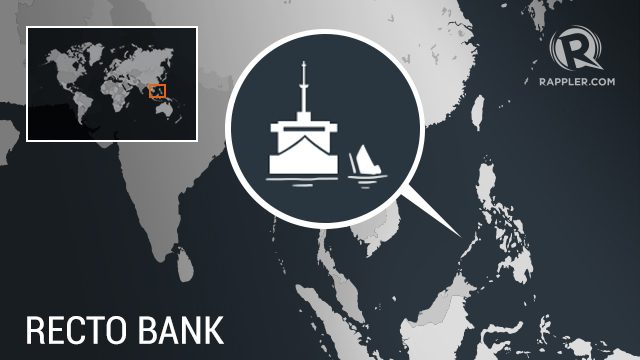 Facebook Twitter Copy URL
Copied
(5th UPDATE) 'We condemn in the strongest terms the cowardly action of the Chinese fishing vessel and its crew for abandoning the Filipino crew. This is not the expected action from a responsible and friendly people,' says Defense Secretary Delfin Lorenzana

MANILA, Philippines (5th UPDATE) – A Chinese vessel sank a Philippine vessel in a collision in the West Philippine Sea (South China Sea) and left the 22 Filipino fishermen on that boat “to the mercy of the elements,”  the Philippines’ Department of National Defense (DND) announced on Wednesday, June 12.

The Philippine boat, the DND said, had 22 fishermen  on board who were later rescued by a Vietnamese fishing vessel. The Philippine Coast Guard said the Philippine vessel came from Occidental Mindoro.

“We denounce the actions of the Chinese fishing vessel for immediately leaving the incident scene abandoning the 22 Filipino crewmen to the mercy of the elements,” Lorenzana said.

“We condemn in the strongest terms the cowardly action of the Chinese fishing vessel and its crew for abandoning the Filipino crew. This is not the expected action from a responsible and friendly people,” he added.

It’s a first in the dispute between the Philippines and China, experts said. (READ: Sinking of Filipino vessel a ‘first’ in Philippines-China row)

The Philippine military said the sinking was “far from accidental.”

Lorenzana called for an investigation and diplomatic action in response to the incident.

“We call for the conduct of a formal investigation on the matter and for diplomatic steps be taken to prevent a repeat of this incident,” the defense chief said.

The DND made the announcement as the Philippines celebrated Independence Day.

Balilo added that he had spoken with an “operator” of the Filipino boat, and the crewman apparently said the boat was not “fully submerged” after the collision.

The incident happened less than two months after Duterte’s 4th visit to China, where Chinese President Xi Jinping supposedly expounded on the “importance of good neighborliness” and “proper handling” of issues in the West Philippine Sea during his bilateral meeting with President Rodrigo Duterte.

This is the latest reported incident of harassment of Filipino fishermen in the West Philippine Sea under the Duterte administration, despite supposed stronger ties with China.

In June 2018, members of the Chinese Coast Guard were filmed taking the catch of Filipino fishermen  in Panatag (Scarborough) Shoal off the coast of Zambales.

In March, Malacañang said it could not do anything about the continued harassment of Filipino fishermen in Panatag Shoal, where the latter were still being shooed away by Chinese Coast Guard, as China had “more control” of the area. (READ: China shooing away PH fishermen from Panatag Shoal? What can we do – Panelo)

A 2013 report of the United States Energy Information Administration (EIA) said that Reed Bank could hold up to 5.4 billion barrels of oil and 55.1 trillion cubic feet of natural gas. – Rappler.com