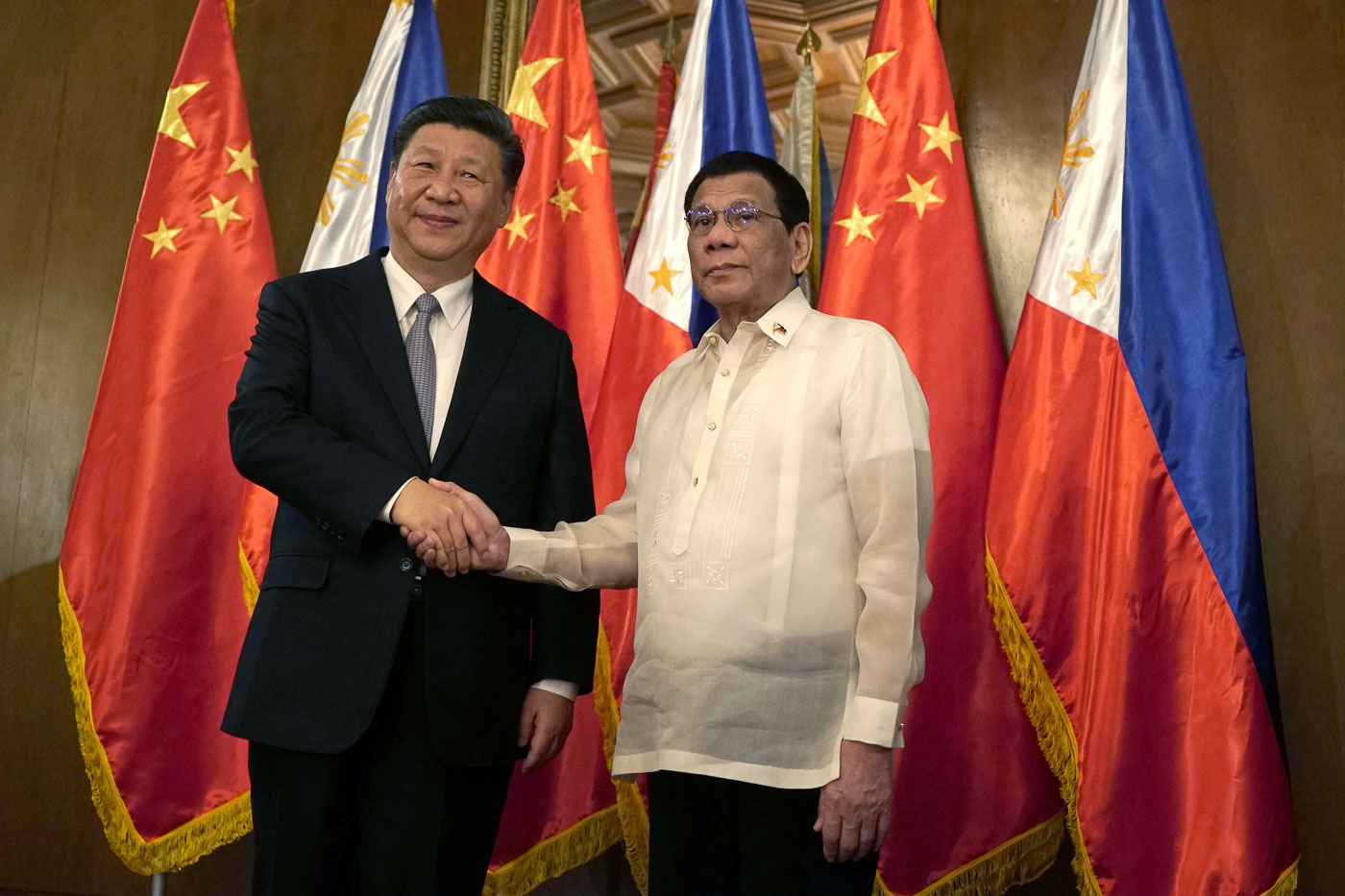 MANILA, Philippines (3rd UPDATE) – Malacañang called on the government of China to sanction the crew of a Chinese vessel that left Filipino fishermen to fend for themselves after a vessel collision in the West Philippine Sea.

“The act of abandonment, by those sailing the Chinese fishing vessel of 22 Filipino fishermen aboard their anchored and stationary watercraft hit  by them, is uncivilized as it is outrageous,” said Presidential Spokesman Salvador Panelo on Thursday, June 13, in a statement.

“Such act of desertion is inhuman as it is barbaric,” he added.

The Philippine government said the act violated international laws and called on China to impose sanctions on the crew of the Chinese ship. (READ: Sinking of Filipino vessel ‘a first’ in Philippines-China row)

“It is a crystal-clear violation of maritime protocols as well as an infringement of internationally accepted practice of assisting a vessel in distress. We call on the appropriate Chinese authorities to probe the collision and impose the proper sanctions to the Chinese crew,” said Panelo.

However, the Malacañang statement made no mention of any plan to file a diplomatic protest about the ramming. Defense Secretary Delfin Lorenzana has called for “diplomatic steps” to be taken.

The Palace acknowledged the dispute between the Philippines and China on their rights over the West Philippine Sea but said this should not have stopped the Chinese crew from helping the Filipinos after the crash.

“The present territorial conflict between the countries of the two colliding vessels pertaining to the area where the collision occurred, is not – and can not be an impediment for the offending vessel to lend a hand to the distressed crew. The Captain and the crew of the Chinese vessel should not have left the injured party without any assistance or succor,” said Malacañang.

Whether the collision was accidental or intentional, “common decency” demanded that the Chinese come to the aid of the Filipinos, said Panelo. The Armed Forces of the Philippines had earlier said the ramming was no accident since the Chinese fishing vessel did not stop even after hitting the Filipino ship, F/B Gem-Ver 1.

The collision took place on Sunday, June 9, but was bared by Lorenzana on Wednesday, June 12 as the entire country celebrated Philippine Independence Day.

Former Philippine foreign secretary Albert del Rosario had earlier called on the Duterte administration to hold China accountable for the sinking of the Filipino ship.

China and the Philippines are supposed to be enjoying renewed friendship and stronger diplomatic ties during the administration of President Rodrigo Duterte.

The two governments have been holding bilateral talks  on their maritime dispute since 2017.

In 2018, the two countries agreed to pursue joint exploration for oil and gas  in the West Philippine Sea.

Duterte has been criticized for downplaying the 2016 international legal victory won by the Philippines against China’s expansive claim to the West Philippine Sea.

But in recent months, he has questioned this claim and warned he would take action against China if they take over Pag-asa Island, also in the West Philippine Sea.

On Thursday, the Philippines also thanked the crew of a Vietnamese ship that assisted the Filipino fishermen before local authorities could reach them.

“We express our sincere gratitude to the seamen of a Vietnamese vessel who rendered relief services to the distressed Filipino fishermen following the collision,” said Panelo. – Rappler.com