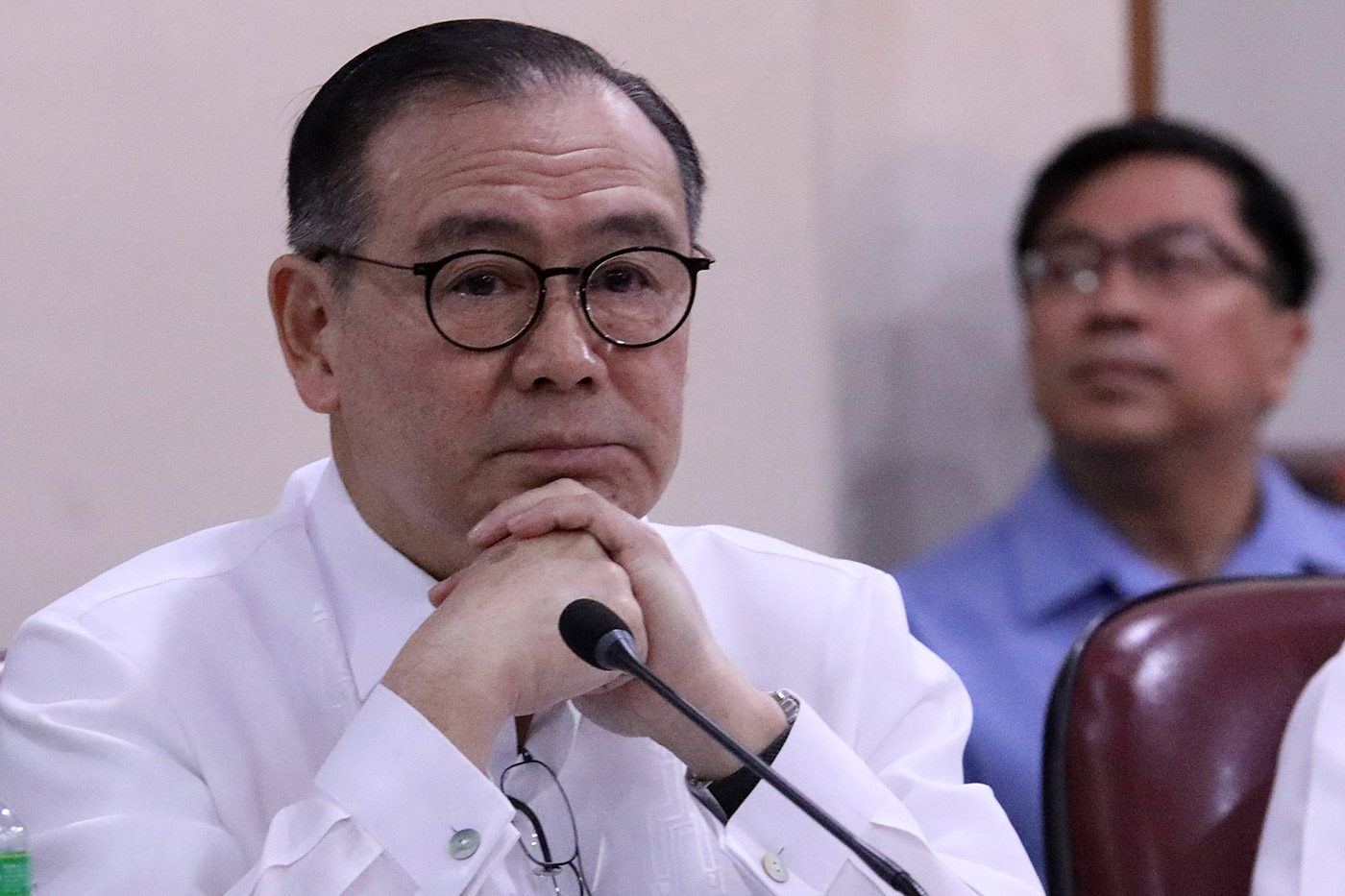 Facebook Twitter Copy URL
Copied
(UPDATED) 'This is our fight and in the end ours alone,' says foreign secretary Teodoro Locsin Jr after a Chinese vessel sank a Philippine boat in the West Philippine Sea

Locsin also claimed he “fired off a diplomatic protest” on Wednesday, June 12, but did not disclose the subject of this protest.

“Fuck the international community. It can be bought. This is our fight and in the end ours alone,” said Locsin in a tweet Thursday morning.

Fuck the international community. It can be bought. This is our fight and in the end ours alone. https://t.co/leMWaDTWr8

The Philippines’ top diplomat was responding to Twitter user Victor Ricolcol, who urged the government to present the situation to the international community and “ask other friendly nations for support.”

Locsin’s predecessor, Albert del Rosario, had also said on Wednesday, June 12, that the Philippines should “consider a multilateral approach” in settling its dispute with China over the West Philippine Sea.

“For instance, how much longer must our people wait for our government to seek a resolution from the United Nations General Assembly to promote our arbitral tribunal outcome which is now an integral part of international law?” Del Rosario said

In a press conference on Thursday, Presidential Spokesman Salvador Panelo dismissed Del Rosario’s suggestion for the Philippines to take the multilateral approach – or involve other countries in its challenge to China’s sweeping claims to the West Philippine Sea.

“He doesn’t have to tell us what to do. We know what to do. Dapat ginawa nila noon noong sila’y nandiyan pa (They should’ve done that before when they were still in power),” said the Duterte spokesman.

Del Rosario was part of the legal team that went to the international tribunal in the Hague to sue China for its island-building activities in the West Philippine Sea.

He had recommended the Philippine government seek a resolution from the United Nations General Assembly to promote the historic 2016 ruling against China in order to pressure the Asian giant into respecting the Philippines’ sovereign rights.

China detests a multilateral set-up, which can involve third parties such as the United States, in settling the dispute over the South China Sea. The Asian giant insists on settling the dispute bilaterally, or one on one with each claimant country, where it can use loans and grants as leverage against poor countries like the Philippines.

The Philippines in July 2016 won an international ruling that invalidated China’s expansive claim over the South China Sea. The Duterte administration however refuses to use this ruling to gather international support – as initially envisioned by the Aquino administration – as leverage against its powerful neighbor. – with a report from Pia Ranada/Rappler.com