Jun 13, 2019 11:48 PM PHT
Pia Ranada
Facebook Twitter Copy URL
Copied
The Philippine president has yet to publicly remark on the incident in the West Philippine Sea 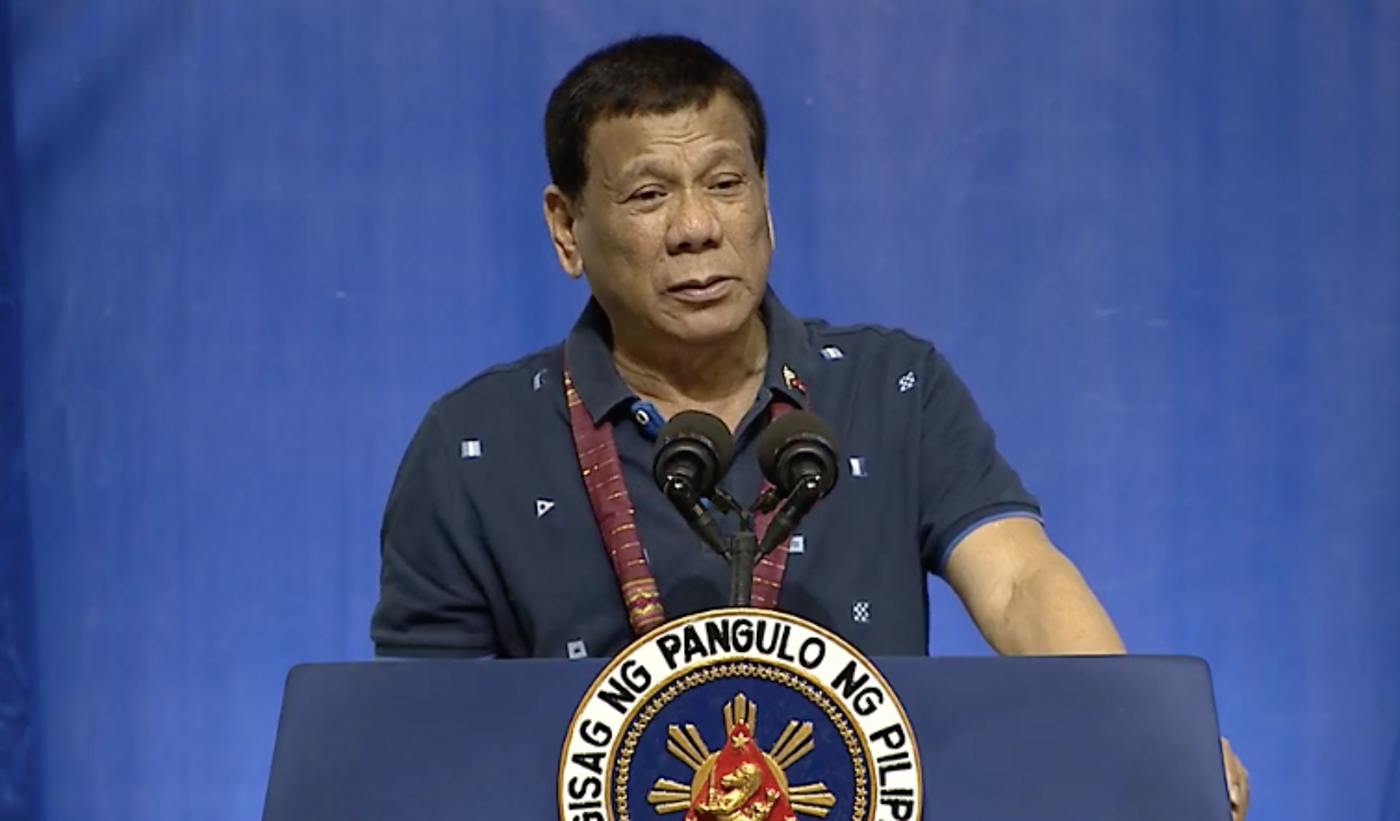 MANILA, Philippines – Philippine President Rodrigo Duterte has not made any public statement about the ramming of a Philippine fishing boat  by a Chinese vessel a day after the defense department bared it and 4 days after the incident itself.

Duterte has given 3 speeches after Defense Secretary Delfin Lorenzana first made public the ramming incident near Recto (Reed) Bank in the West Philippine Sea (South China Sea) that took place on Sunday, June 9.

A few hours after Lorenzana’s statement on Wednesday, June 12, Duterte gave a speech at the Philippine Independence Day ceremony in Malabang, Lanao del Sur, and then another one at the oath-taking of Cagayan de Oro officials later that night.

In these speeches, the President spoke of his beef against communists, his warnings against the Ponzi schemes of the Kappa-Community Ministry, his fight against illegal drugs, and even the use of erectile dysfunction medication Viagra. But he left out any mention of the Recto Bank incident, which put in harm’s way 22 Filipino fishermen. (READ: Owner of PH boat sunk by Chinese ship: ‘I only ask for justice’)

Since the announcement, Duterte only granted one chance interview, which was cut short with no reporter able to ask him about the incident involving the vessels. He gave no media interviews on Thursday.

In the past, Duterte also took some days to speak publicly about China’s aggression in the West Philippine Sea. When the military made public a report about the swarming of Chinese ships around Pag-asa Island, Duterte spoke up some 10 days after, warning he would deploy “suicide missions.”

In May 2018, when Magdalo Representative Gary Alejano reported China harassment of a Philippine Navy rubber boat in Ayungin Shoal, Duterte did not give any public statements about it. But a source said he had expressed serious concern over the welfare of the Navy soldiers during a confidential meeting.

But the June 9 Recto Bank incident is significant because it involved the first sinking of a Philippine ship by a Chinese vessel in the history of the maritime row between the two countries.

Unlike some past harassment incidents, which were reported by lawmakers or think tanks, the collision was reported by a government agency, the Department of National Defense.

While Duterte himself remains silent, Malacañang has called on the Chinese government to sanction the crew of the Chinese vessel. It has blasted the “abandonment” by the Chinese as “uncivilized” and “barbaric.”

Presidential Spokesman Salvador Panelo said the Palace was taking its cue from Lorenzana, who called the actions of the Chinese “cowardly” and called for diplomatic action.

Yet the Palace also said Duterte will likely act with severity against China since he supposedly draws the line on Chinese acts in the West Philippine Sea when it involves physical harm to Filipinos. (READ: Dissecting Duterte’s amped up West Philippine Sea rhetoric)

Philippine Foreign Secretary Teodoro Locsin Jr claimed he has filed a diplomatic protest against China but declined to give more details. – Rappler.com