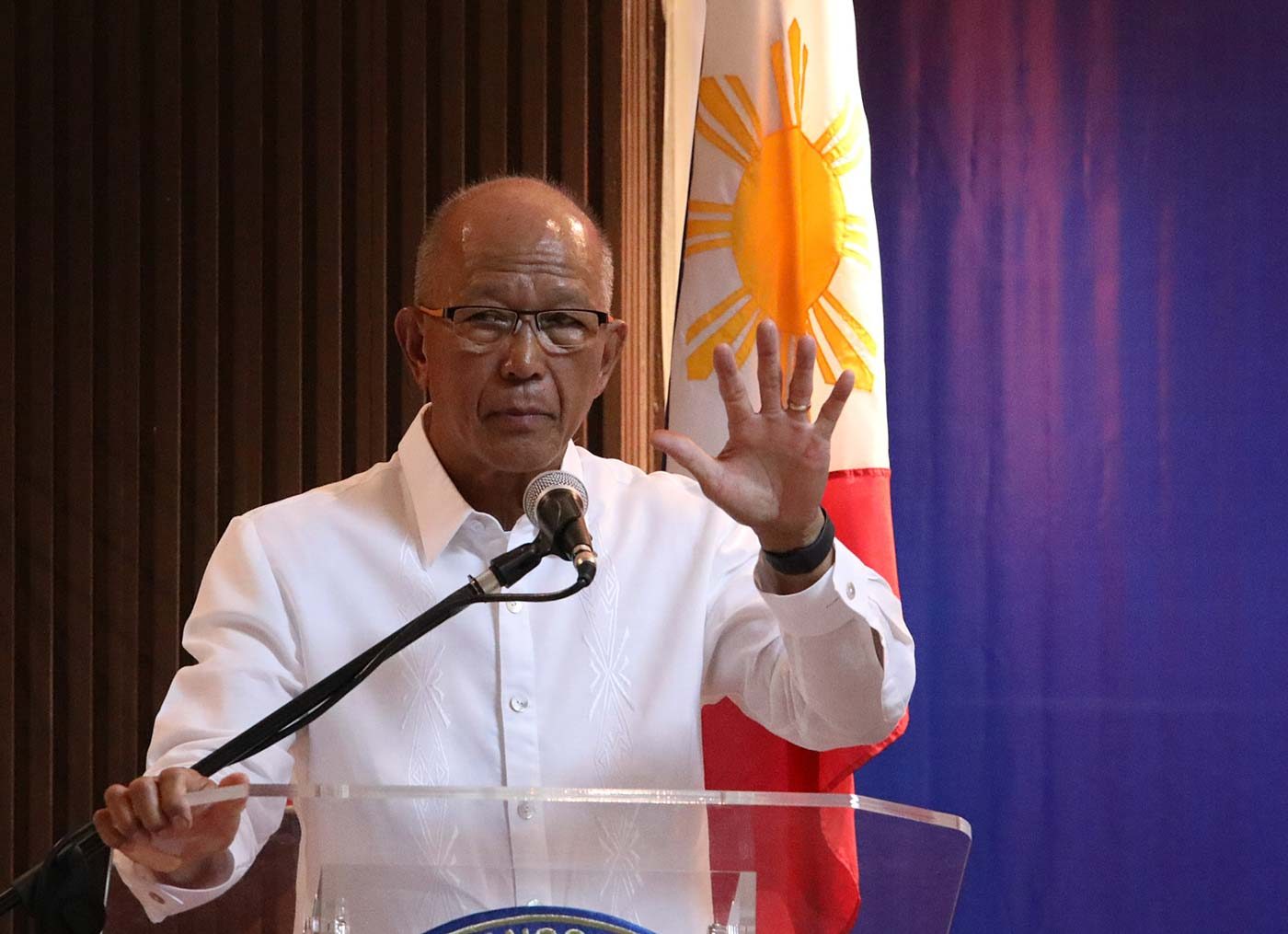 Facebook Twitter Copy URL
Copied
(UPDATED) 'I think it's just an accident, based on information we got from the crew. Maybe the other side did not intend to bump them,' says Defense Secretary Delfin Lorenzana

MANILA, Philippines (UPDATED) – After being the first to condemn the boat sinking incident in the West Philippine Sea, Defense Secretary Delfin Lorenzana now says it was just “maybe an accident.”

“I think it’s just an accident, based on information we got from the crew. Maybe the other side did not intend to bump them…‘Yun nga lang, ‘di tinulungan (That’s the only thing, they did not help),” Lorenzana said on Wednesday, June 19, in a Kapihan sa Manila Bay forum in Malate, Manila.

Lorenzana’s words echo China’s statement on the incident, which the country has described as an “an ordinary maritime traffic accident.”

His statement is also a far cry from his previous one when he broke the news to the public that the Filipino boat “collided” with the Chinese boat and the fishermen were abandoned at sea.

“We condemn in the strongest terms the cowardly action of the suspected Chinese fishing vessel and its crew for abandoning the Filipino crew. This is not the expected action from a responsible and friendly people,” he said on June 12.

On June 9, Fishing Boat Gem-Ver was rammed then abandoned by a Chinese ship near Recto Bank (Reed Bank) in the West Philippine Sea. Recto Bank belongs to the Philippines.

Lorenzana gave the statement in the forum after he was asked whether the Philippines can invoke its Mutual Defense Treaty (MDT) with Western superpower the United States against China. He said the defense agreement does not cover the ramming incident.

“The MDT provides for an attack. This is not an armed attack,” Lorenzana said. – Rappler.com