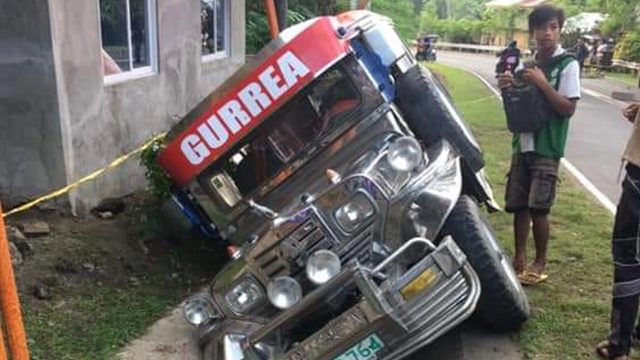 Facebook Twitter Copy URL
Copied
Sindangan Councilor Cicero Gurrea, who topped the last elections, is attacked while driving a jeepney with students on board

ZAMBOANGA DEL NORTE, Philippines – A Sangguniang Bayan member in the town of Sindangan, Zamboanga del Norte, was shot dead while driving his jeepney loaded with students at about 6 am on Wednesday, June 19.

The Sindangan Municipal Police Office identified the victim as Cicero Dalangan Gurrea, 59, an incumbent municipal councilor who topped the 2019 elections.

According to initial police report, Gurrea was driving his jeepney with 10 students to Sindangan National Highschool when two suspects riding in tandem on XRM motorcycle shot him 3 times.

The victim was brought to Sindangan District Hospital, but was declared dead on arrival by Dr Nida Ramos. Gurrea sustained two gunshot wounds on the left side of his body and one on his chest.

The police have yet to establish the motive for the killing.

A week before the elections in May, the president of Sindangan’s Association of Barangay Captains identified as Edgardo Viñas was also shot to death by an unidentified lone gunman riding a motorcycle.