Jun 20, 2019 6:26 PM PHT
Lian Buan
Facebook Twitter Copy URL
Copied
'The objective is to determine the facts and allocate accountabilities in a joint, instead of an adversarial, manner,’ says Justice Secretary Menardo Guevarra 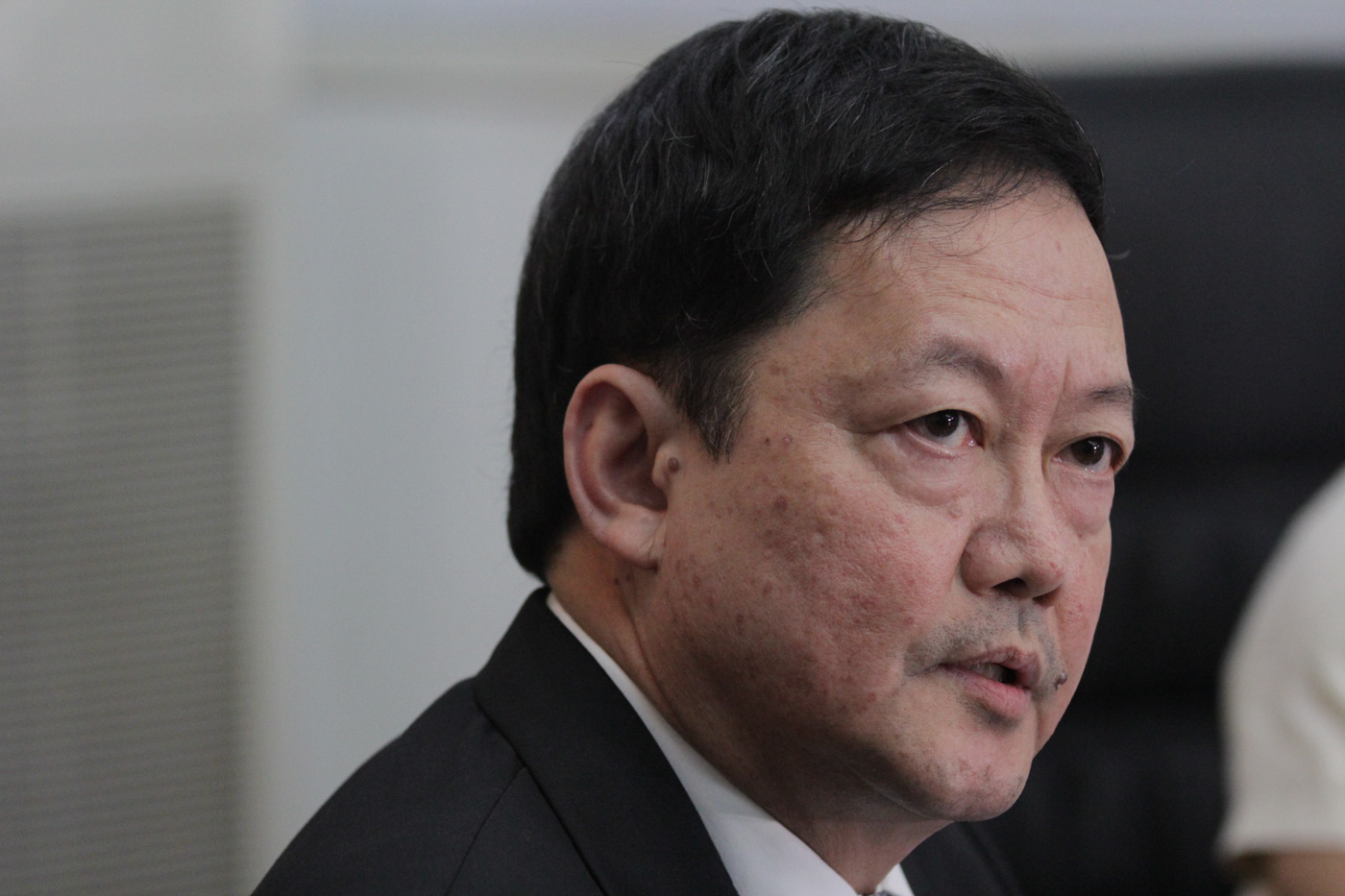 MANILA, Philippines – Justice Secretary Menardo Guevarra said on Thursday, June 20, that he has proposed a joint inquiry with China into the sinking of a Philippine boat  in Recto Bank (Reed Bank) in the West Philippine Sea.

The Philippine official told reporters on Thursday that he made his proposal at the last Cabinet cluster meeting and was supported by other officials present.

He said this would help ensure that the findings of the investigation would be “acceptable” to both governments, whose citizens are involved in the incident.

“I am hoping that this could be done jointly with the Chinese side, so whatever facts would be established would be mutually acceptable,” he said.

Guevarra said that the Philippine Coast Guard, an attached agency of the Department of Transportation (DoTr), was already conducting an inquiry into the incident.

Malacañang had earlier thrown its support for a “formal inquiry” into the sinking of a Philippine fishing boat by a Chinese vessel to set aside any “doubts” about the account of the  22 fishermen who survived the incident with the help of Vietnamese fishermen.

Foreign Secretary Teodoro Locsin Jr preferred separate investigations by both governments,  saying on Twitter that “a joint investigation trenches on each other’s sovereignty.”

“So separate investigations by each side; differences discussed by the two sides. If both sides satisfied, each side issues its conclusions hopefully the same. That fosters better bilateral relations,” said Locsin.

Recto Bank, where the incident happened,  is part of the Philippines’ exclusive economic zone (EEZ).

While different in approach, both Locsin and Guevarra apparently sought to preserve the Duterte government’s warm relations with China.

“The objective is to determine the facts and allocate accountabilities in a joint, instead of an adversarial, manner,” said Guevarra of his proposed joint inquiry.

Guevarra added that the crewmembers of the Vietnamese vessel who saved the Filipino fishermen may be tapped as witnesses. (READ: INSIDE STORY: How Filipino crew were saved by Vietnamese in West PH Sea)

The DOJ chief said that the inquiry would only deal with facts, and the his department would only step in if there are legal actions.

“Legal action is, and should always be, the last resort,” he added.

The sinking of Filipino fishing boat (F/B) Gem-Ver by Chinese ship Yuemaobinyu 42212 is considered as the most heated issue in the disputed waters since the 2012 standoff between Philippine and Chinese vessels in Panatag Shoal (Scarborough Shoal).

According to the Filipino fishermen, the Chinese vessel rammed into their boat midnight of June 9, and left them in their sinking boat.

China claimed that the Chinese vessel was besieged by Filipino boats, which the fishermen strongly disputed. Beijing later removed that claim in a later official statement on the incident.

President Rodrigo Duterte called it just a “little maritime accident” – echoing the line of China – and had not said anything, to this day, about the fact that the Filipino fishermen were abandoned by the Chinese vessel that sank their boat. – Rappler.com