Jun 20, 2019 8:03 PM PHT
Pia Ranada
Facebook Twitter Copy URL
Copied
President Rodrigo Duterte gives a thumbs up to the suggestion of the Chinese government for Manila and Beijing to conduct a joint investigation into the incident 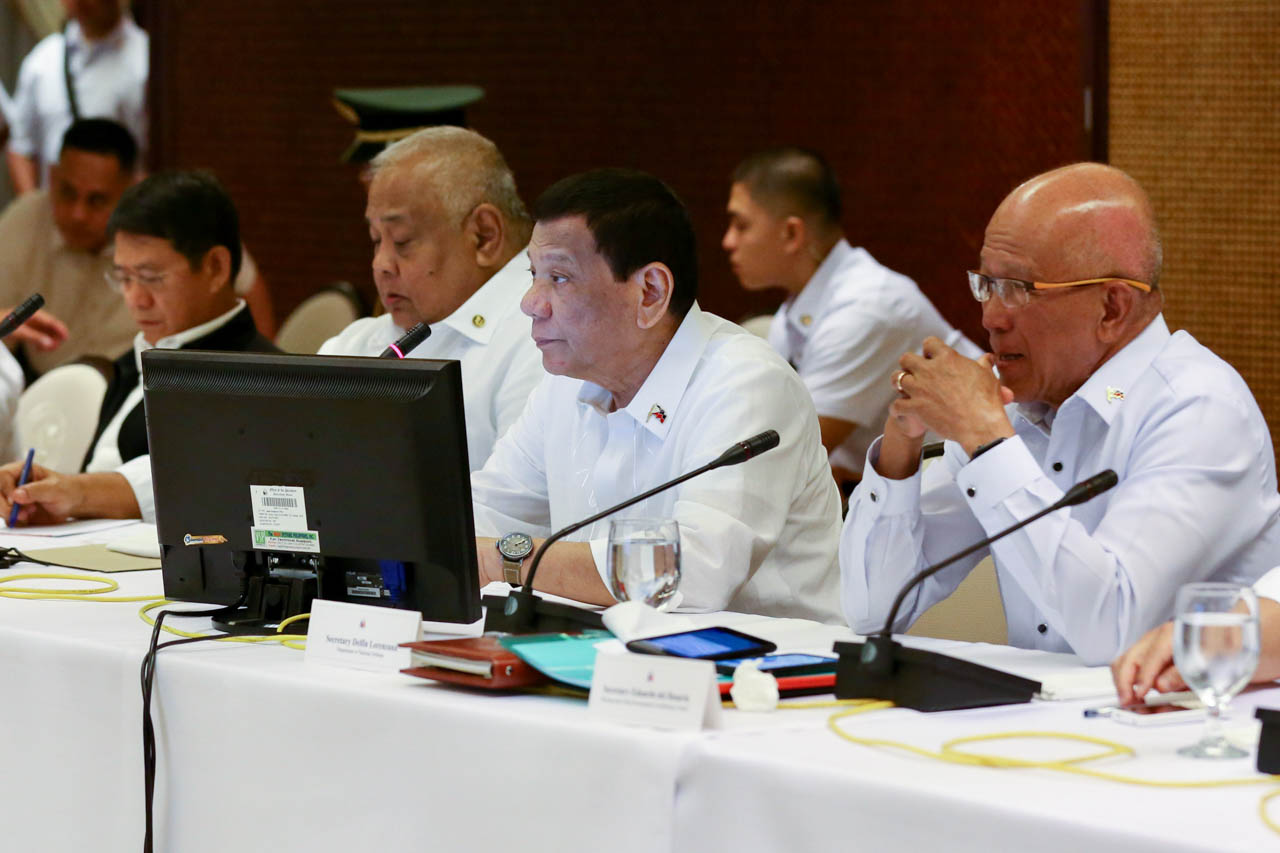 Presidential Spokesman Salvador Panelo said the Chief Executive “welcomes” such a probe, which was suggested by the Chinese Foreign Ministry.

“The President welcomes a joint investigation and an early resolution of the case,” Panelo said in a text message.

Malacañang, however, is yet to receive a formal communication from the Chinese government on the recommendation.

Chinese Foreign Ministry spokesperson Lu Kang said during a Thursday press conference, “To find a proper solution, we suggest a joint investigation at an early date so the two sides can exchange respective initial findings and properly handle the matter through friendly consultations based on mutually-recognized investigation results.”

Duterte had earlier spared China of any public condemnation for the sinking of a Filipino fishing boat by a Chinese vessel on June 9 in Recto Bank, within the Philippines’ Exclusive Economic Zone.

He had described it as a “maritime incident” that requires further investigation.

This, despite Locsin calling the abandonment of the Filipino crew by the Chinese ship a “felony.” Philippine Defense Secretary Delfin Lorenzana had also called on China to apologize and provide compensation for the fishermen, whether or not the boat sinking was intentional.

But the Palace has said it would wait for an investigation to yield “established facts” before demanding reparation for the Filipino fishermen.

Malacañang, after also condemning the abandonment, refused to summon Chinese Ambassador Zhao Jianhua, with Panelo saying such an act could be misconstrued as laying blame on China.

Critics have lambasted the Duterte government’s tame response to the boat sinking, pointing out how the President did not hesitate to condemn other countries and foreign entities on other controversies. – Rappler.com