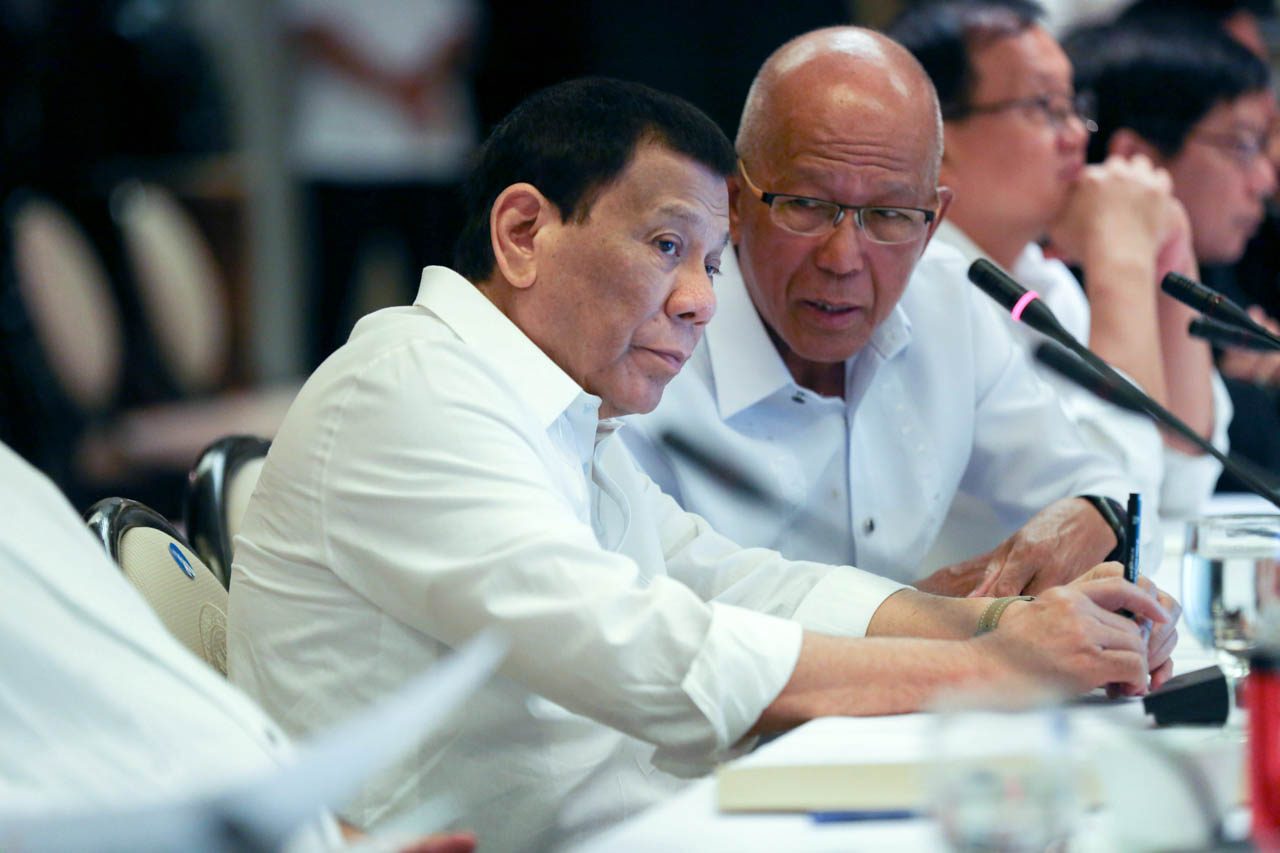 Facebook Twitter Copy URL
Copied
The Philippine leader says he will pose this question during the regional summit in Thailand: 'Can you claim an ocean as your own?'

MANILA, Philippines – Philippine President Rodrigo Duterte said he would raise China’s expansive claim to the South China Sea during his meetings with other leaders at the ASEAN Summit in Thailand.

Specifically, he would ask the gathering if it is “correct” for China to claim ownership of the water body, part of which belongs to the Philippines’ Exclusive Economic Zone (EEZ).

“I will talk lengthily about it dito sa (here at) ASEAN [Summit]. It is not a matter of 9-dash line. Simple lang (It’s simple). Can you claim an ocean as your own? Tell me now because I will also claim mine,” Duterte said on Friday, June 21, in Davao City.

He was attending the oath-taking of his son, Sebastian Duterte, as Davao City vice mayor.

It’s a question he had posed before in a public speech. But this time, he mentioned it as part of his response to the Recto (Reed) Bank boat sinking that has outraged Filipinos.

Duterte also acknowledged his country’s role as moderator of dialogues between ASEAN and China.

It’s a question that has been answered – by the 2016 Hague ruling nullifying China’s claim over the whole South China Sea. But Duterte has set aside this ruling in exchange for loans and grants from Beijing.

Duterte, in his Friday speech, elaborated on the “danger” of allowing any state to “own” an ocean. He asked, what if the United States were also to declare ownership of such an expansive water body?

“Because nobody can prevent American from claiming a third of the Pacific Ocean…. Now I am thinking of claiming the Sulu Sea as ours. Don’t pass through without our permission. And I won’t mind if America will claim the whole of the Pacific and Australia will claim all. That is the danger,” the Philippine President said.

In the same speech, Duterte reiterated that “China is a friend” and that the Asian giant has promised to provide reparation if they are at fault for the Recto Bank incident.

He again mentioned the need for an investigation. Malacañang had earlier said he was open to China’s suggestion of a joint probe, which Foreign Secretary Teodoro Locsin Jr rejected saying it would violate the sovereignty of either country.

The Philippine President has been criticized for his very cautious response to the Recto Bank incident in which a Chinese vessel hit a Filipino fishing boat and abandoned its crew to the elements.

Duterte has not condemned the incident or personally addressed the Filipino fishermen on their ordeal. His first remarks on the issue were preceded by days of silence.

Duterte is headed for Bangkok on Friday evening to attend the regional summit until Sunday, June 23.

More developments on the ASEAN-China Code of Conduct on the South China Sea are expected at the gathering.

The code is seen as critical to ensuring China and Southeast Asian claimants can establish a set of protocols and guidelines to ensure no violent conflict erupts in the South China Sea. – Rappler.com