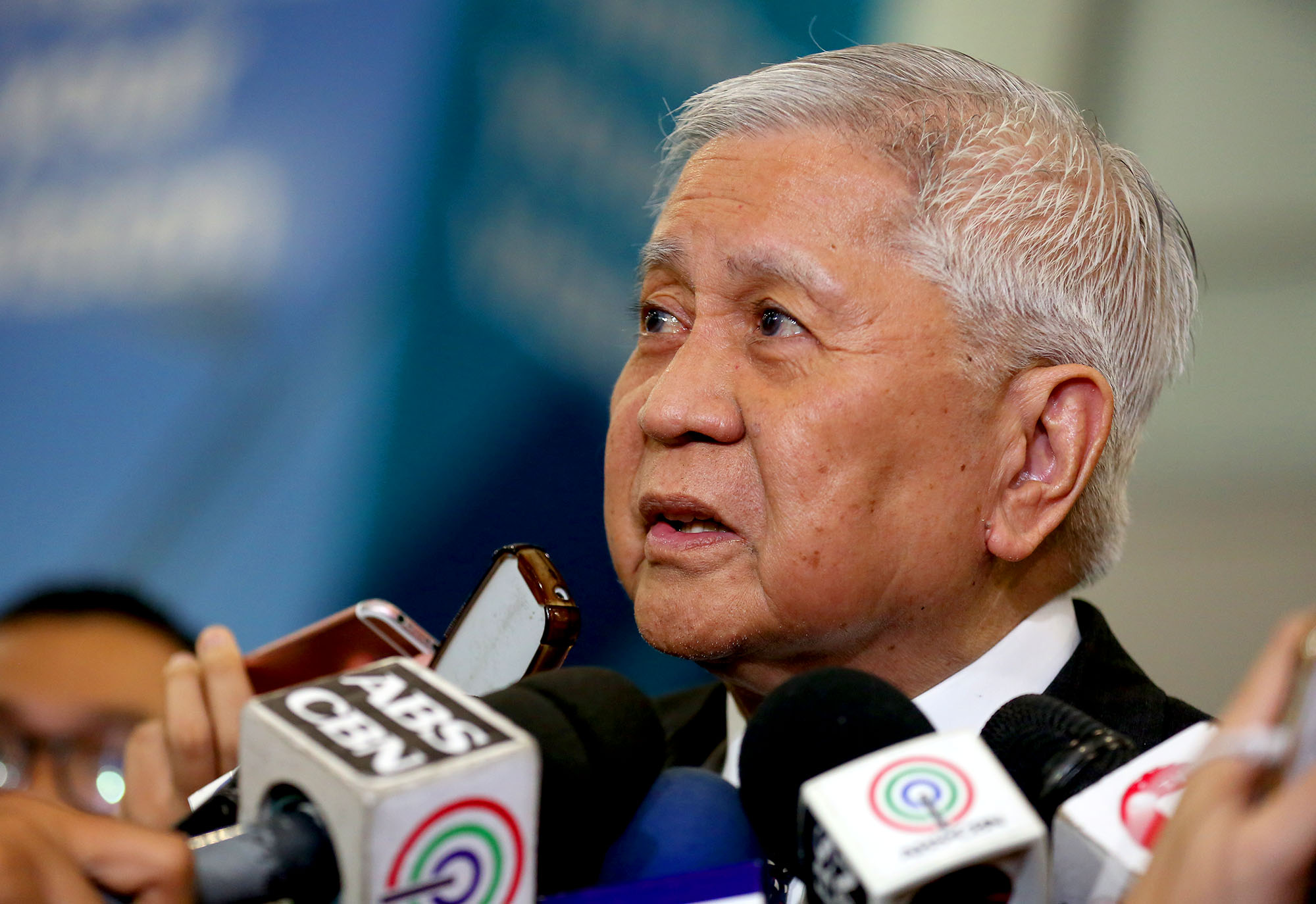 MANILA, Philippines (UPDATED) – While China has not compensated them, former Philippine foreign secretary Albert del Rosario donated half a million pesos to the fishermen of Filipino boat Gem-Ver, which a Chinese ship sank in the West Philippine Sea.

Del Rosario told Rappler he made the donation of P500,000 ($9,700) through the Department of Foreign Affairs (DFA). He gave this donation through the DFA on Wednesday, June 19.

Asked if he has a personal message for the Gem-Ver fishermen, Del Rosario said, “That from my heart, we truly care for them and sympathize with what has happened.”

“I have to return the P500,000 check donation or I shall be compelled to turn it over to Treasury. DFA cannot dispense donations. I certainly won’t turn it over to another department; that’s malversation. So with florid expressions of gratitude I had it returned to Del Rosario,” said Locsin in a tweet Monday afternoon.

The fishermen of Gem-Ver lost up to P2.2 million ($42,690) in fish and supplies after Chinese fishing boat Yuemaobinyu 42212 rammed, sank, and abandoned their vessel in Recto Bank (Reed Bank) in the West Philippine Sea on June 9.

China admitted that a Chinese vessel was involved, belatedly sent its sympathies to the Filipino fishermen, but has not offered to compensate them. China instead pushed for a joint Manila-Beijing investigation into the Recto Bank incident, an offer that President Rodrigo Duterte already approved.

The Office of Vice President Leni Robredo, leader of the opposition, earlier donated P50,000 ($970) for each of the 22 Gem-Ver fishermen.

The Duterte government, on the other hand, gave the fishermen fiberglass boats and loaned P25,000 ($480) each to the Gem-Ver fishermen.

Del Rosario, a businessman before he entered government, was the wealthiest member of the Aquino Cabinet.

When he was foreign secretary from 2011 to 2016, he was remembered to have waived his government salary. Instead he divided his whole year’s salary among the 1,620 members of the Department of Foreign Affairs staff, each of whom got an additional P500 for Christmas.

“The plan for a joint probe by the Philippines and China is the worst news yet. It redounds to a potential partnership between one party (Philippines who is out to seek the truth) against another party (China, the bully) who is out to suppress it,” said Del Rosario.

“We should really feel sorry for our poor fishermen as the ultimate product of a joint probe with Beijing is expected to be no more than a bowl of fruit salad,” he added. “Can we please not insult the intelligence of our people?”

Hours after issuing this statement, Del Rosario, who was traveling for a business meeting, was barred from entering Hong Kong.

Del Rosario suspected it was because of the complaint that he and former ombudsman Conchita Carpio Morales filed against Chinese President Xi Jinping at the International Criminal Court. – Rappler.com