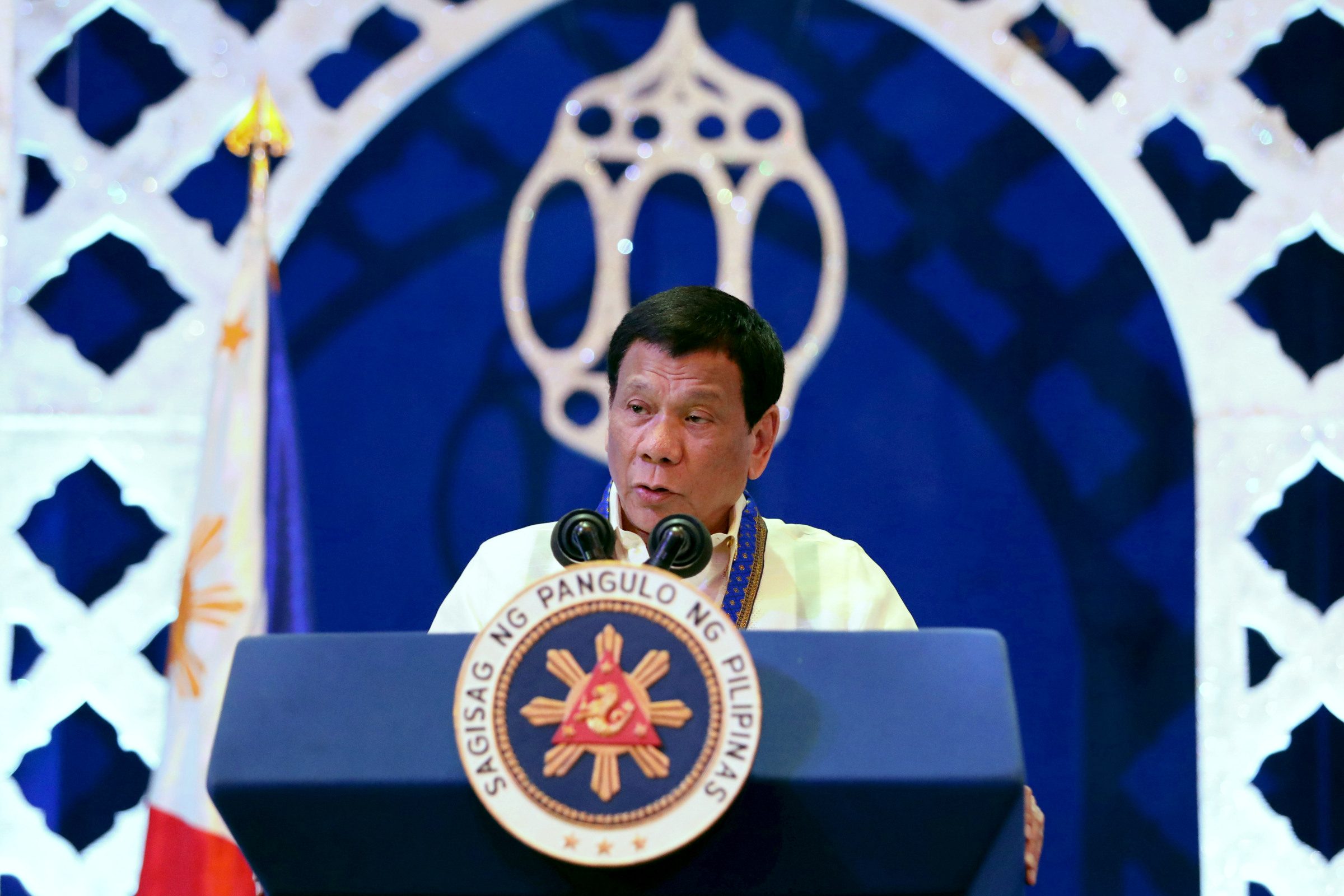 MANILA, Philippines – President Rodrigo Duterte appeared unsatisfied with the pace of the new Bangsamoro Transition Authority (BTA), telling them to “hurry up” in a speech on Tuesday, June 25.

“Ang bayan natin medyo malayo pa (Our country is still far away). We still have to perfect the BOL. I am now the one government that is hurrying them up,” said Duterte in a speech in front of newly-elected local officials in Malacañang

He spoke of the need to develop resources in the new Bangsamoro autonomous region, mentioning specifically Liguasan Marsh, said to hold $1 billion worth of natural gas deposits.

Duterte cited a “communication” problem delaying the work of the BTA.

“Ako na ang nagsasabi ‘bilisan ninyo, ayusin ninyo.’ (I am the one saying, hurry up.) The problem is there seems to be a breakdown in the efficient communication between the central government at ang (BTA),” he said.

“And I seldom see them in the official – well, ceremonies, functions and all. I could not even gather them in one room to sit down and discuss what needs to be done,” he further complained.

The Mindanaoan president stressed the need for haste given his promises to the region.

“This is really the opportunity for us now to connect to them and be true to our word, the majority of Christians, to give you what is yours,” said Duterte.

The last time Duterte joined BTA members in an official gathering was during an Eid’l Fitr celebration in Davao City.

The BTA is also yet to form the Intergovernmental Relations Body, a body created by the Bangsamoro Organic Law that  initiates consultations between the BARMM government and central government.

The BTA, led by former rebel group Moro Islamic Liberation Front, has its work cut out for it given much pressure to fulfill the BOL’s promises of improved delivery of social services, peace and order, and economic development for Muslim Mindanao.

The passage and ratification of the BOL, and formation of the BTA are among the major accomplishments of the Duterte administration. – Rappler.com