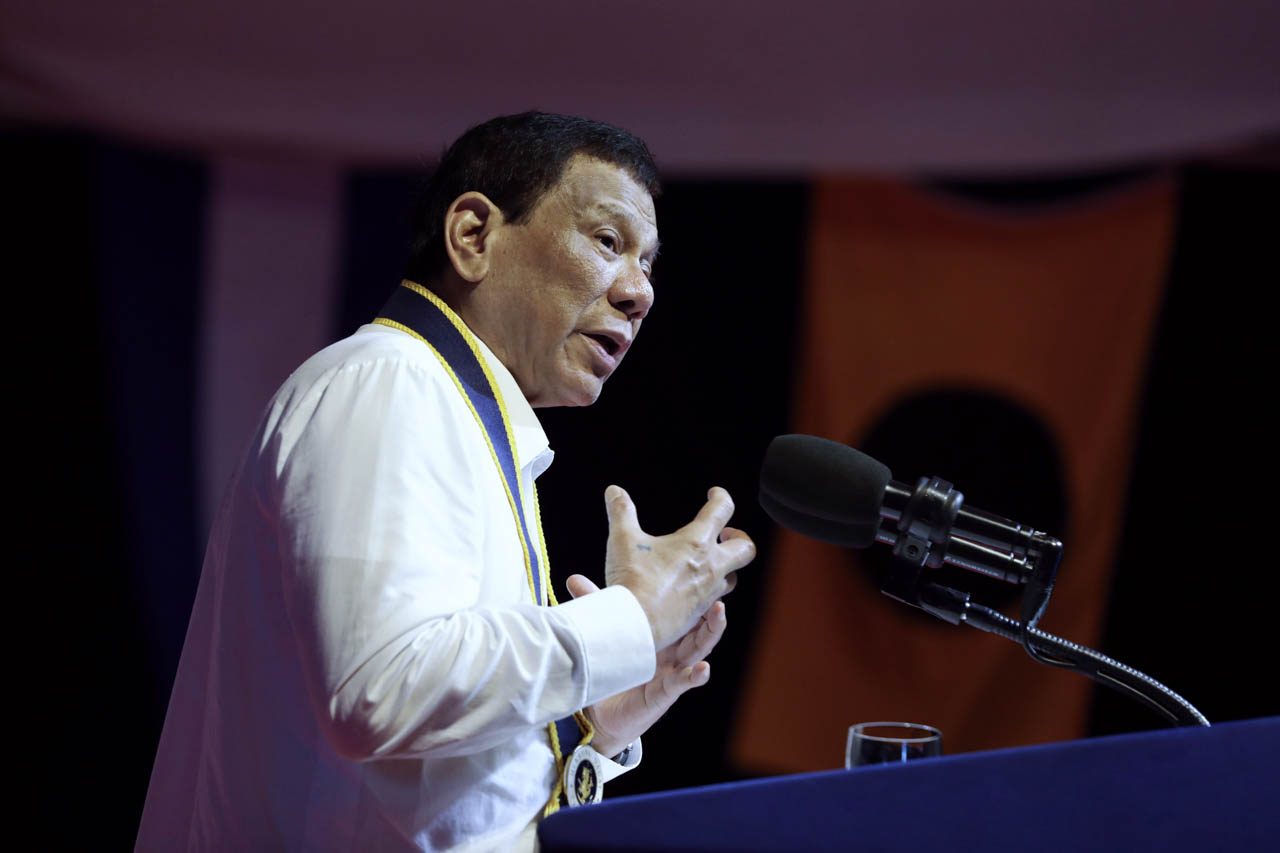 Facebook Twitter Copy URL
Copied
While quelling dissent could be 'efficient' for a president who wants to get things done, political science expert Aries Arugay says democracy is also about checks and balance

MANILA, Philippines – Rodrigo Duterte’s presidency has proven to be a uniquely domineering force in Philippine politics that now threatens democracy and is shrinking space for dissent.

This was what political science associate professor Aries Arugay saw as the Duterte administration neared its halfway mark on June 30.

“I think we have seen a president and a presidency that we can consider is the most domineering political influence in the country right now,” he said during a Rappler Talk interview on Wednesday, June 26.

“I cannot recall a time when a president has become what we call a centripetal force that has attracted different political factions around the country but has also alienated some,” he added.

Duterte’s dominance is evident from his and his allies’ success in shutting out opposition candidates from the Senate, a Senate that will serve in the remaining years of his presidency.

Arugay pointed to how Duterte appointees also dominate the Supreme Court, yet another body that is supposed to serve as a check on presidential power.

Other possible voices of dissent, like a critical press, the Catholic Church, and the Left are being targeted.

“The Duterte administration has basically pushed civil society out, criticized the church, criticized the Left in a way it has no other institutions at present that could check its power,” said Arugay.

While he’s observed a general deterioration in Philippine democracy even in past administrations, Arugay said there has been an “acceleration” of this under Duterte.

Duterte’s immense political clout, together with his “highly antagonistic” stance towards forces that disagree with him could be his way of eliminating obstacles to campaign promises he wants fulfilled.

“On the one hand, it might be efficient – no barriers – but we know that a democracy is not just about efficiency; it’s about checks and balances. It’s about a government being divied to make sure it doesn’t have absolute and concentrated power,” said Arugay.

The first 3 years of the Duterte presidency involved the Chief Executive making threats and accusations against critical media outfits, telling supporters to kill  priests and bishops, and claiming the opposition have banded with the Left to oust him.

These were followed by actual cases filed against Rappler, a media organization; death threats  against outspoken priests (preceded by actual murders of priests); and red-tagging of critics and groups.

Arugay also pointed to Duterte’s disregard for human rights in public speeches which have fueled accusations of actual rights violations in the implementation of his campaign against illegal drugs.

“Nabaril ka (You got shot)? You’re a piece of dead carcass to me,” Duterte said on June 21, referring to suspects or drug addicts shot in police raids.

“It’s total undermining of the concept and principle of human rights as if it should not matter anymore. These are things that are dangerous to liberal democracy,” said Arugay.

Despite Duterte’s strong-arm methods, the President continues to enjoy high approval ratings among a majority of Filipinos, an indication that many have come to “accept” his ways, said the analyst.

All the more reason for Filipinos to be wary of Duterte’s next moves in the last half of his term, a period that could be one of upheaval as Filipinos measure his contributions as Chief Executive and prepare for the new leadership. – Rappler.com