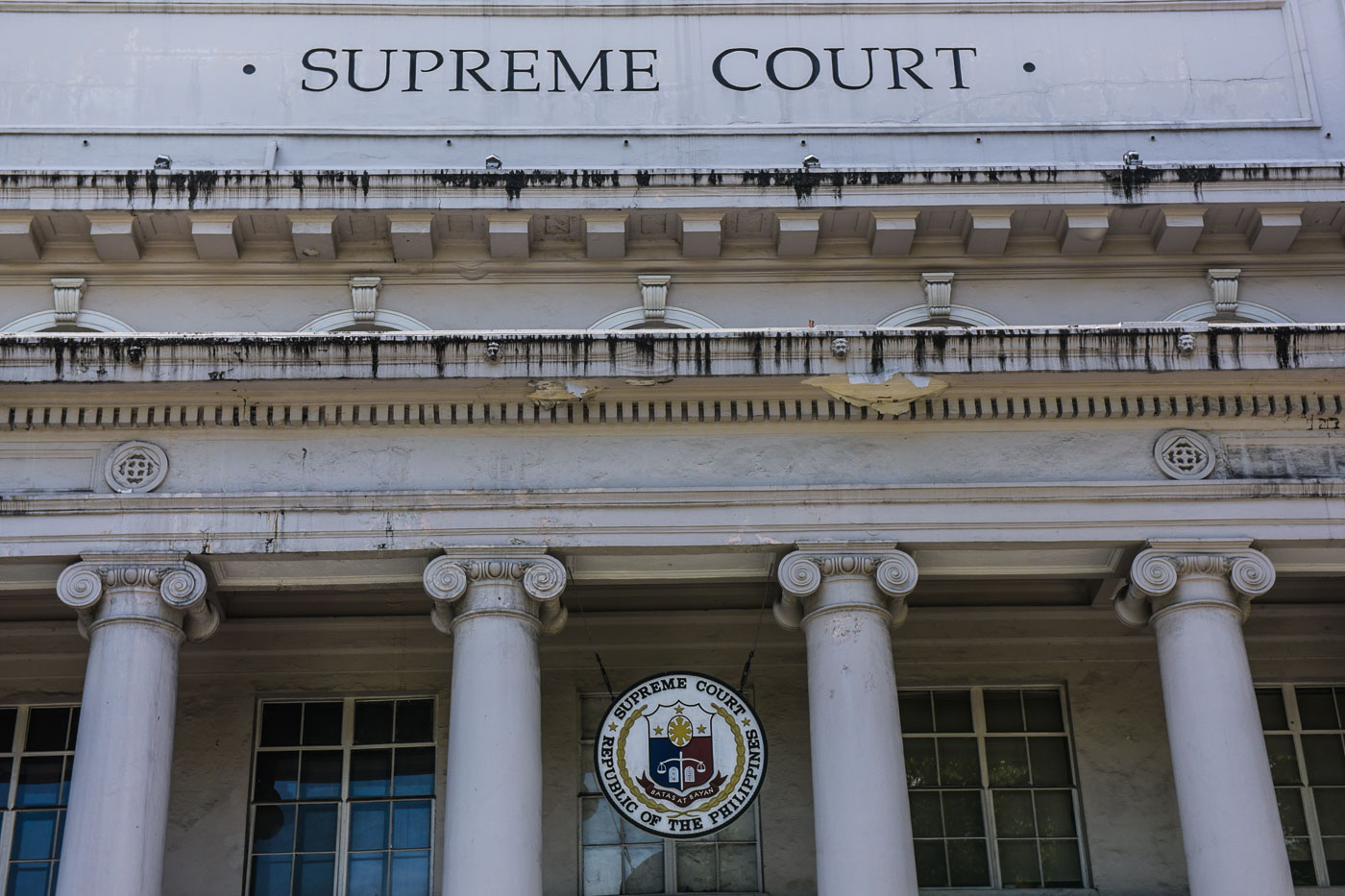 MANILA, Philippines – The Supreme Court will hold oral arguments on Tuesday, July 2, to discuss whether it can force President Rodrigo Duterte’s government to protect the West Philippine Sea.

The petitioners – the Kalayaan Palawan Farmers and Fisherfolk Association and 3 fishermen from Zambales – are represented by the Integrated Bar of the Philippines (IBP) in collaboration with human rights lawyer Chel Diokno.

They will present first on Tuesday; justices’ interpellation will follow. The respondents – Cabinet secretaries of the Duterte government – will follow. Solicitor General Jose Calida will represent them.

Issues to be discussed

The petition accuses the Duterte government of neglect in the West Philippine Sea, specifically the failure to enforce the fisheries code and other environmental issuances in Panatag Shoal, Ayungin Shoal, and Panganiban Reef.

It cites among others China’s construction and other aggressive activities that have “caused severe, irreparable harm to the coral reef ecosystem” in the West Philippine Sea.

The Supreme Court will assess whether there is sufficient basis to issue a writ of continuing mandamus, which can compel the Duterte administration to enforce better protection of the West Philippine Sea.

The High Court will also assess whether a writ of kalikasan is the proper recourse to this issue, “or is the remedy political or diplomatic in nature,” according to the Supreme Court’s notice.

This will again touch upon the power of presidential discretion, which the High Court has upheld in its approval of Duterte’s martial law in Mindanao.

Calida is expected to raise procedural issues in the oral arguments.

The Supreme Court’s notice stated that some petitioners didn’t sign the verification page of their petition.

The Court also said the respondents were not notified of the petition, which could be a violation of Section 138 of the Philippine Fisheries Code.

Section 138 empowers any citizen to file a suit against any public officer deemed to have grossly neglected to perform the law, provided that there is prior notice.

“No suit can be filed until after fifteen (15) days notice has been given the public officer and the alleged offender and no appropriate action has been taken thereon,” said the law.

Oral arguments will start at 2 pm on Tuesday.

Calida has filed before the en banc a motion to inhibit against Senior Associate Justice Antonio Carpio, a vocal critic of the Duterte administration’s lenient policy toward China.

The oral arguments come at a time when the West Philippine Sea issue has heated up with a Chinese ship’s sinking of a Philippine fishing boat in Recto Bank, where Philippines enjoys exclusive sovereign rights. – Rappler.com