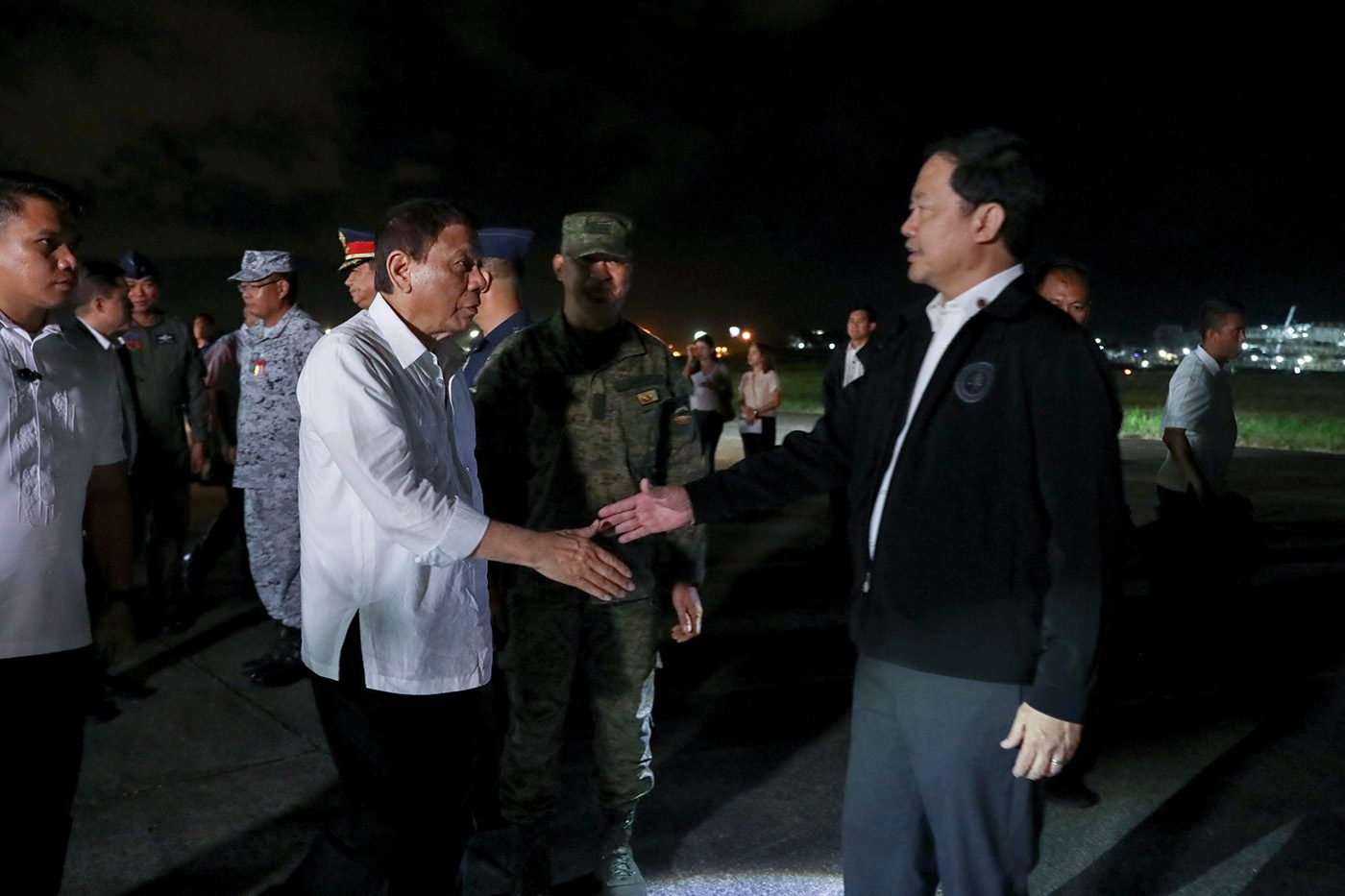 MANILA, Philippines – Justice Secretary Menardo Guevarra said on Friday, July 5, that President Rodrigo Duterte’s government is prepared to face any inquiry into its war on drugs following a resolution by Iceland for the United Nations (UN) to take concrete actions on the killings.

“In any event, our government is prepared to face any inquiry if the same becomes necessary to disabuse the minds of those who rely on or give undue credence to selective, if not biased, secondhand information,” Guevarra said on Friday.

Guevarra later clarified that the readiness to face an investigation is only upon necessity. “That is why I said if it becomes necessary,” the justice secretary said.

Iceland filed a draft resolution before the United Nations Human Rights Council (UNHRC) on Thursday, July 4, to try and make the UN proper make a comprehensive report on the human rights situation in the Philippines.

The Iceland resolution is informally backed by over two dozen countries at this point.

Guevarra’s statement that the government is prepared to face any inquiry is contrary to Duterte’s general aversion to international interference in state affairs.

For one, Duterte withdrew the Philippines from the International Criminal Court (ICC) precisely because he did not want the international court to probe an issue which he said can be handled by our domestic courts.

In March this year, Foreign Secretary Teodoro “Teddyboy” Locsin Jr told the UN Commission on Narcotic Drugs that the “Philippines fights its battles alone,” as a response to international scrutiny of the government’s war against drugs.

Guevarra, however, still reflected that sentiment when he said: “Our government need not be told by anyone, including the UN or any of its agencies, to stop so-called ‘extrajudicial executions’ in our war on drugs because it has never been the policy of the government to tolerate the killing of illegal drug suspects who submit themselves peacefully to our law enforcement authorities.”

“[That part] is our common stand; that our system works and that we can investigate and prosecute lawbreakers among the ranks of the police on our own,” Guevarra added.

The Human Rights Watch called on the UN to act immediately, saying the Philippines “should no longer be able to escape the scrutiny of the international community.”

The ICC is still at the stage of determining jurisdiction over the country’s war on drugs issue. If it finds jurisdiction, the ICC will proceed to the investigation proper, after which ICC judges can issue warrants of arrest. – Rappler.com