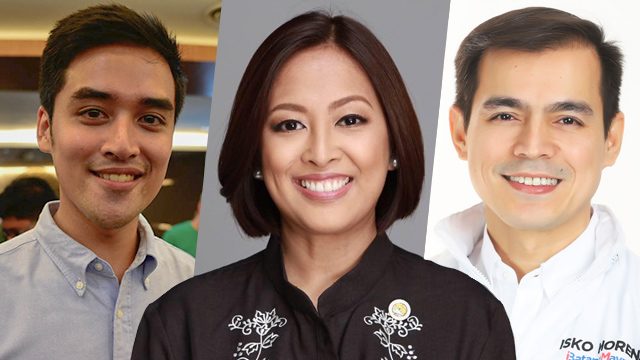 “Manila is the showcase of the Philippines. It is the first place foreigners see when they come to our country, so I’m pleased that in the first weeks of his administration, Mayor Isko has already shown that the challenges of the city are not insurmountable and can be addressed with political will and commitment,” Año said in a statement on Saturday.

Moreno’s first week in office was marked by drastic changes that propelled Manila, the country’s capital, to news headlines day in and day out.

Año said he “has high hopes for the young and dynamic local leaders  that have been elected in the last election who are the face of change in the political landscape.”

One of Sotto’s first actions in Pasig was to stop the apprehension of violators of the odd-even scheme, as he formed a task force that would review the city’s overall traffic situation and program.

“Our young leaders can count on our support to implement their good governance agenda. That is why the DILG is here. We are not only your supervisors, we are also your partners and mentors, your guidance counselors and your cheerleaders. Your success is our success as well,” Año said.

“We hope that the actions of Mayor Isko will inspire other Local Chief Executives in other parts of the country to follow his example and to similarly show decisive leadership in bringing about change in their communities because that is what the people expect,” Año said.

Moreno first swept major areas like Divisoria of sidewalk vendors and publicly shamed – albeit he did not name them – individuals who offered “P5 million a day, P150 million a month, P1.8 billion a year” to not push through with the operations.

In front of rolling cameras, the former actor flexed his muscles and slammed sledgehammers on video karera machines, and an illegally-built village barracks.

Moreno, with a young public relations team, has an active presence on social media that plays on his good looks charisma and his hyped image as the one who will usher in a new Manila.

Año called all of these “strong political will,” and urged Moreno to also prioritize the clearing of informal settlers in esteros and danger zones in Manila.

“The City Government’s cooperation in the Manila Bay Rehabilitation Program is crucial because some of the most heavily polluted waterways are in the City of Manila so we look forward to working with him closely in order to return Manila Bay to its pristine beauty as directed by President Duterte,” said Año. – Rappler.com