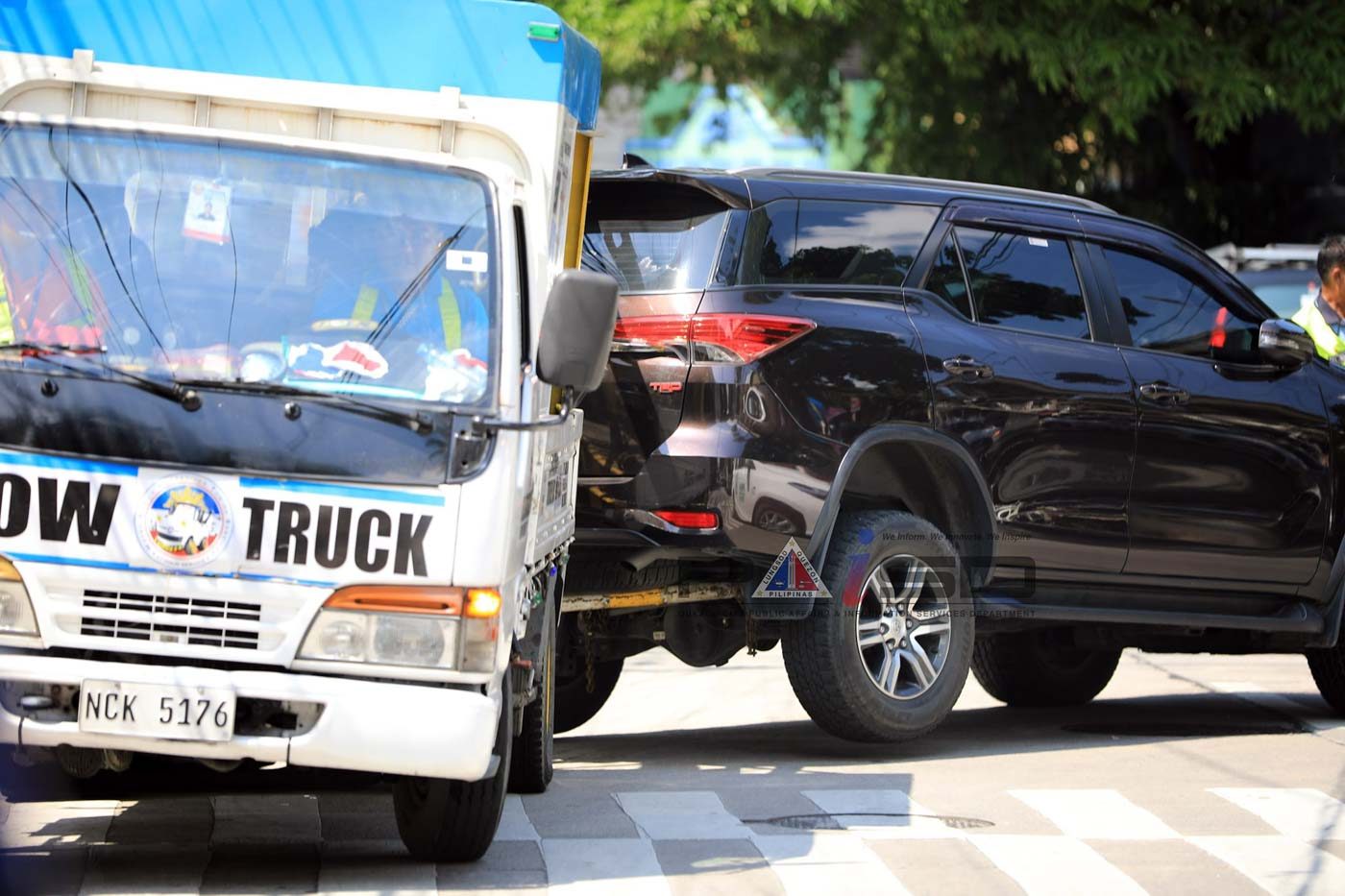 MANILA, Philippines – Clearing operations in the streets of Quezon City will be a daily thing now, after the city government on Monday, July 8, started going after illegally parked vehicles, as ordered by Mayor Joy Belmonte.

The Quezon City Department of Public Order and Safety (DPOS), with the help of the Metropolitan Manila Development Authority (MMDA), said it would also conduct operations against illegal vendors, traffic violators, and other road and sidewalk obstructions.

On Monday morning, in the areas around city hall, the DPOS and the MMDA towed unattended vehicles and issued violation tickets to those blocking roads and sidewalks. They wrote 10 tickets to car owners and towed 12 illegally parked vehicles within the vicinity of East Avenue, Kalayaan Avenue, V. Luna Avenue, and Malakas Street in Barangay Pinyahan.

Owners or drivers of the towed vehicles will have to claim them in Tumana, Marikina City.

(Residents follow…. The main problem is with those who lease out [their property] without parking space, or the LTFRB calling for hearings and the LTO, which don’t have parking space to accommodate their clients.)