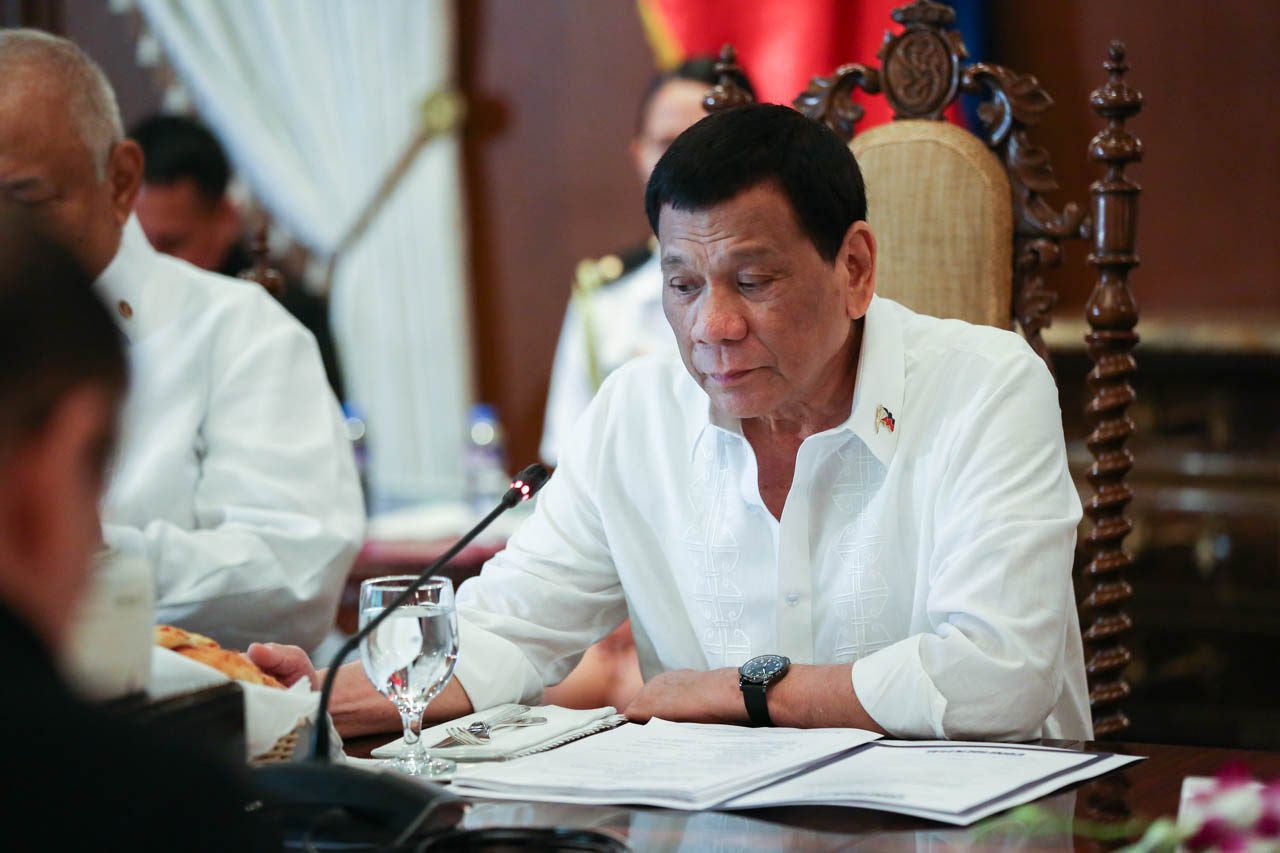 MANILA, Philippines – President Rodrigo Duterte has ordered the freezing of several high-ranking officials and employees of the Bureau of Customs (BOC) over corruption allegations.

“The President has directed the freezing of several high-ranking Customs officials and employees, whose names would be disclosed at the appropriate time, as they face administrative and criminal charges, for unlawful activities,” Presidential Spokesperson Salvador Panelo said in a statement Wednesday night, July 10.

Panelo said this is in line with the Duterte administration’s “zero tolerance on corruption among erring officials.”

“We continue to dismantle corruption in the bureaucracy and rid it of corrupt officials and employees…. The anti-corruption campaign is continuing as it is relentless. No one will be spared,” he also said in the statement.

In October 2018, Duterte himself said he will ask military men to take over the BOC to address corruption allegations in the government agency. Malacañang then said the rampant corruption in the bureau can be considered a form of “lawless violence.”

In a privilege speech last May, Senator Panfilo Lacson criticized the BOC, saying that despite the government’s fight against corruption, the BOC remained “one hell of a mess,” as bribery continued to thrive in the bureau under the leadership of Customs chief Rey Leonardo Guerrero.

But Malacañang on Tuesday said Guerrero still enjoys the trust and confidence of the President. – Rappler.com