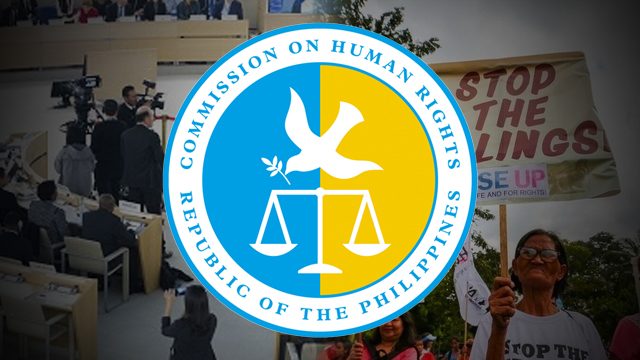 MANILA, Philippines – The Commission on Human Rights (CHR) on Thursday, July 11, urged the Philippine government to see the United Nations resolution as an opportunity to improve the human rights situation in the country.

In a statement welcoming the resolution, CHR called on the government to “show that it genuinely adheres to Universal values and standards by seeing this as a prospect to cooperate closely with the international community in ensuring full respect and compliance with the globally accepted norms of human rights.”

The UN Human Rights Council on Thursday adopted an Iceland-initiated resolution seeking several actions against the rising killings in the country, including under President Rodrigo Duterte’s war on drugs.

The resolution asked the UN rights chief Michelle Bachelet to write a comprehensive report on the Philippine situation and urged the government to fully cooperate and refrain from “from all acts of intimidation or retaliation,” among others.

According to CHR, it is high time for the Philippine government to go back and change its previous position on independent investigations into the drug war killings.

“We should also seriously review the current misguided policy of refusing access to the Special Mechanisms on Human Rights and instead consider extending a standing invitation to all special rapporteurs and working groups,” it said.

Duterte’s violent war on drugs has led to at least 6,000 suspected drug personalities killed in police operations, while human rights groups pegged the number to reach more than 20,000 to include those killed vigilante-style.

A total of 18 out of 47 member-countries backed the resolution while 14 countries opposed and 15 abstained.

The Philippine government threatened the countries that supported the resolution, warning them that
“there will be consequences, far-reaching ones.”

Human rights groups, meanwhile, hailed the resolution and called it a first step towards justice for victims. – Rappler.com