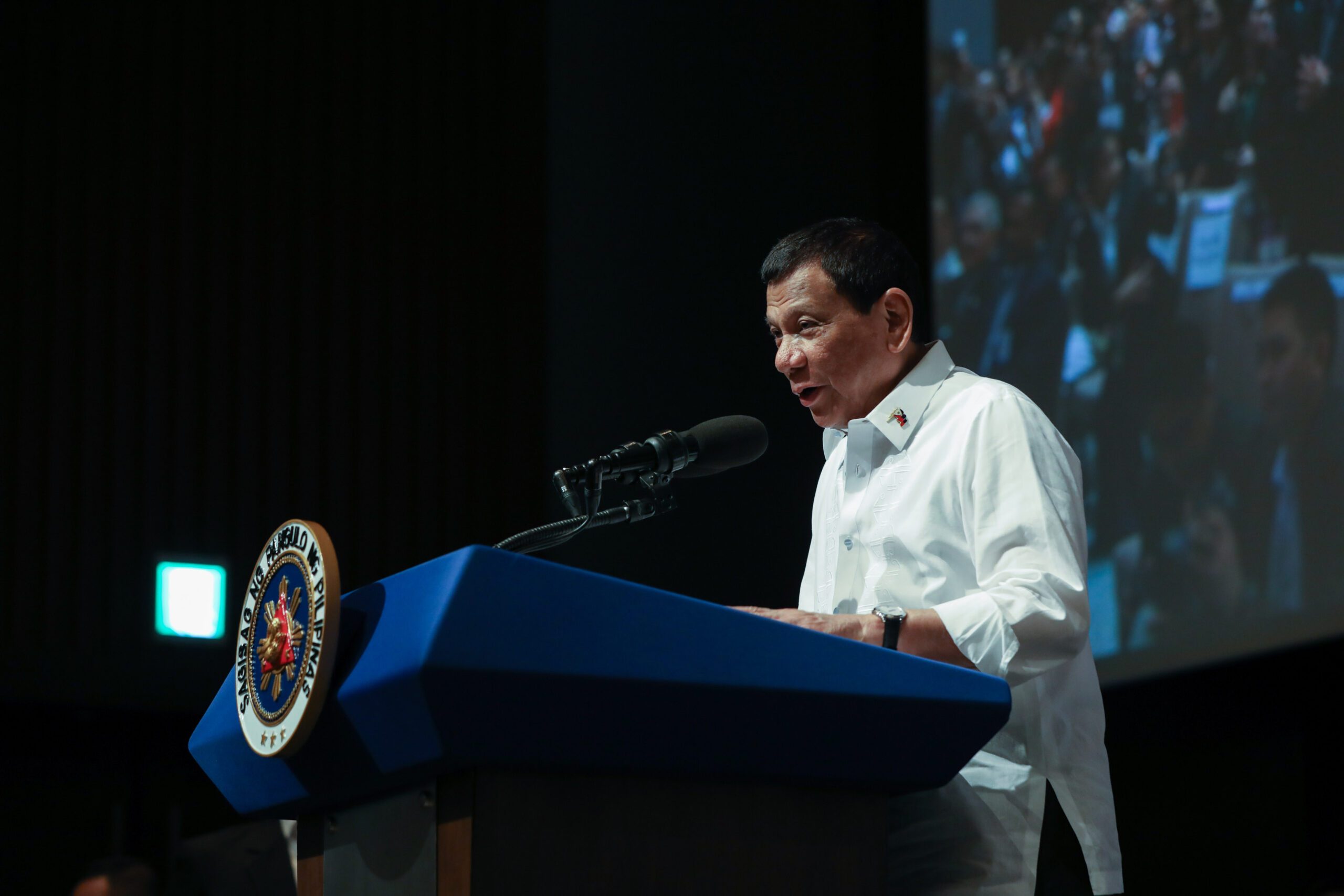 MANILA, Philippines – President Rodrigo Duterte has ordered that all recruitment of Filipino workers for jobs abroad be placed under the control and supervision of the Philippine government.

This is to protect migrant workers from abusive recruitment agencies, he said.

(Recruitment from outside is no longer allowed. If they want…it has to be under the supervision of government and no more horrendous charges, I won’t allow that.)

His plan is to place all recruitment agencies under the proposed Department for OFWs, which he wants operational by December.

It will be this department that will issue the permit which OFWs will need to present in order to work abroad.

“Government supervision and control, because what is happening and has been happening is not acceptable to the Filipino now,” he said to loud cheers from his audience.

He also warned abusive recruitment agencies that he’d run after them.

(You recruitment agencies, your days are numbers. If you aren’t brought around through proper dialogue, we’ll have to fight it out. If we fight it out, you will lose.)

Many OFWs have suffered oppression at the hands of exploitative recruitment agencies that make false promises about their employment abroad, impose exorbitant fees for their services thus trapping workers in debt, and even withholding their passports while abroad.

Though Duterte wants an OFW department by December, doing so would normally have to go through processes, such as the filing and enactment of a law creating the department.

Duterte had backed the creation of a department dedicated to OFWs since he was a presidential candidate in 2016.

Apart from the OFW department, the President said he was mulling the creation of a “marine bureau,” though there was no elaboration on how different it would be from the Maritime Industry Authority (Marina).

“I will put a police attaché in the places you mentioned so if you think you have a problem concerning a police, maybe someone stole from you or your children, you can go direct to the police attaché,” said Duterte.

The police attaché is supposed to link the OFW to officials back in the Philippines who can assist their families on police matters, said Duterte. – Rappler.com