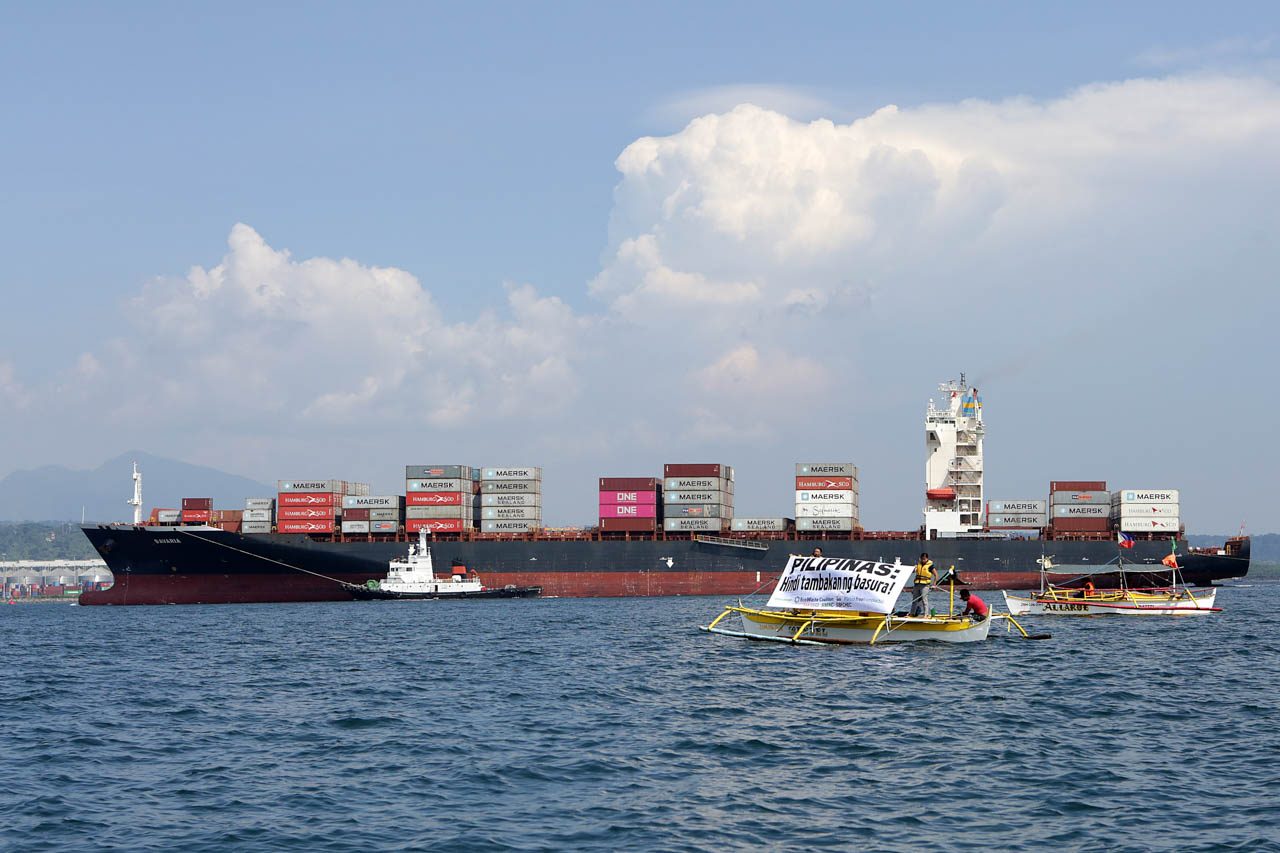 Facebook Twitter Copy URL
Copied
'As time is of the essence, we hope the Bureau of Customs strike team versus foreign waste imports will be set up soon,' says EcoWaste Coalition

MANILA, Philippines – Finance Secretary Carlos Dominguez III said the Bureau of Customs (BOC) is now studying the creation of a special strike team to curb the entry into the country of foreign garbage.

Dominguez issued the order amid a pressing problem of foreign waste dumping, specially in Southeast Asia which has been dubbed by a report as a plastic waste disposal site. The BOC is an agency attached to Dominguez’ Department of Finance (DOF).

In a statement on Saturday, July 13, environmental group EcoWaste coalition urged the BOC to set up the strike team as soon as possible.

“As time is of the essence, we hope the BOC strike team versus foreign waste imports will be set up soon.  Its formation will be in sync with the presidential order banning waste imports,” said Aileen Lucero, EcoWaste’s national coordinator.

BOC Commissioner Rey Leonardo Guerrero said ASEAN countries also “reacted positively” to Philippines’ proposal to strengthen the system of each countries to prevent the region from becoming a dumping site.

Philippines has recently sent back foreign waste from Canada, with the North American nation shouldering the cost.

Lucero added that the Philippines must ratify the Basel Ban Amendment soon.

The Basel Ban Amendment will prohibit the export of hazardous waste from a developed country to a developing country like the Philippines.

“We expect the DOF and the BOC to strongly support the Department of Environment and Natural Resources in seeking President Duterte’s ratification of the Basel Ban Amendment,” Lucero said. – Rappler.com