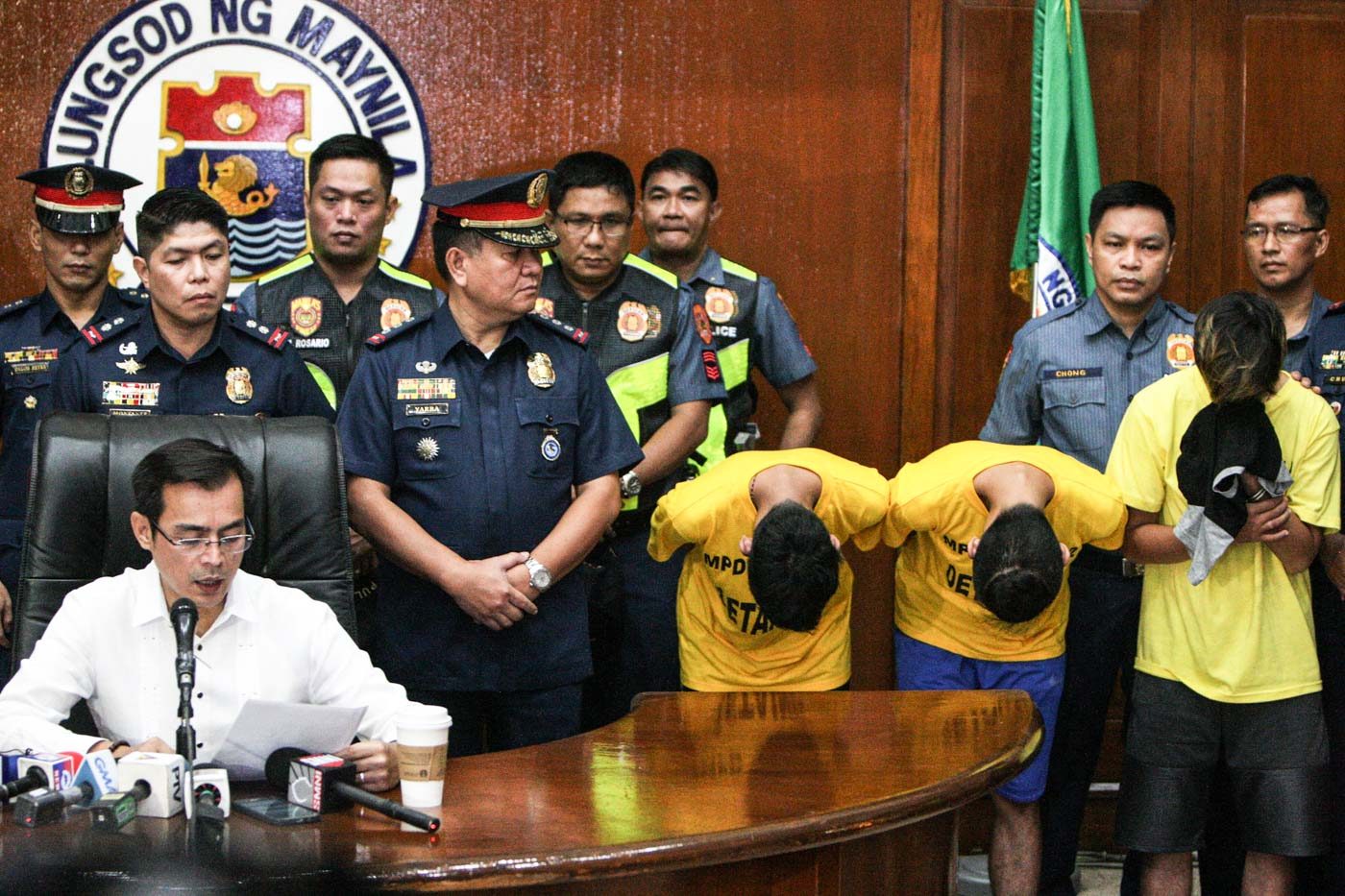 “The 2008 memorandum circular issued by former PNP chief Jesus Verzosa regarding the presentation of suspects was a mere guidance intended for PNP personnel. It is not a law,” Moreno said in a statement given to media on Tuesday, July 16.

“For as long as no law has been violated, the city mayor has the prerogative to determine how to inform the public of the Manila police’s success stories in solving criminality in the nation’s capital,” he added.

The city’s legal office chief cited Republic Act No. 8551 or the PNP Reorganization Act of 1998, which states that mayors are designated as representatives of the National Police Commission (Napolcom) in their jurisdictions.

He added that Republic Act No. 9675 or the DILG Reorganization Act of 1990 also gives mayors “operational supervision and control” of PNP units in their areas.

This, Emeterio Moreno said, means that mayors have the power to direct and oversee day-to-day functions of the police “in accordance with the rules and regulations promulgated by Napolcom.”

Practice stopped: In June 2018, the PNP stopped the practice of presenting suspects to media to avoid trial by publicity. PNP officials decided to do this following Verzosa’s memorandum circular, which declared the presentation of suspects a violation of human rights. (READ: A rule too late? PNP bans presenting suspects to the media)

According to the memorandum, the presentation of suspects to the media is “not only violative of their constitutional rights of presumption of innocence, but also their human rights subjecting them to unwanted publicity.”

It also stated that presenting the accused “besmirch[es] their name and reputation including that of their family before guilt is proven.”

Despite this, 3 of the city’s most wanted suspects and a woman accused of extorting money from vendors were made to stand before rolling cameras at the Manila city hall on Monday, July 15. (READ: Despite PNP ban, Isko Moreno presents suspects to media)

The suspects stood side by side as they tried to hide their faces by looking away from the camera or covering their heads with handkerchiefs.

The mayor said the presentation of the suspects served as a way to show the public that the Manila City government is serious in its efforts to clean up streets and crack down on syndicates extorting money from vendors. – Rappler.com