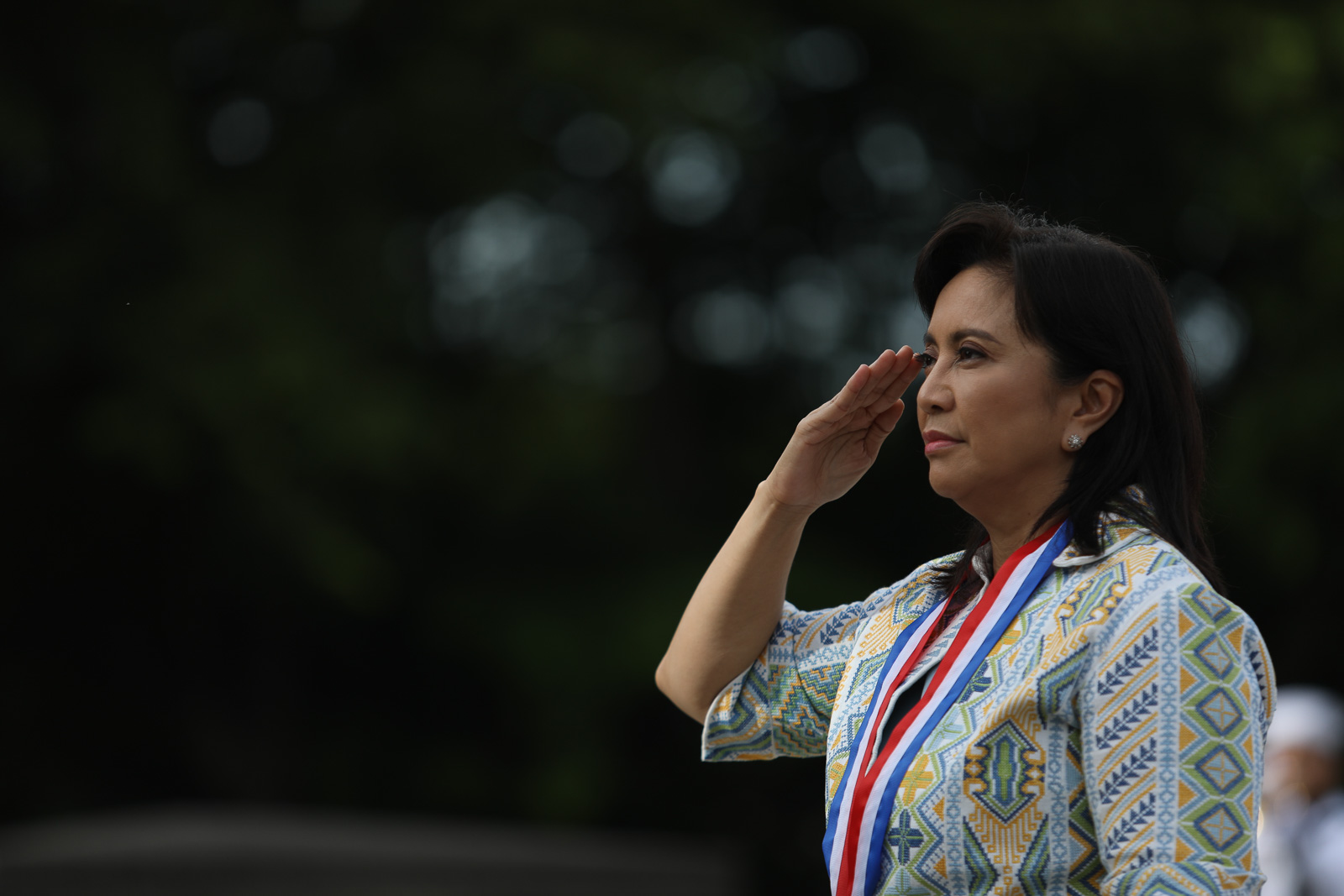 MANILA, Philippines (3rd UPDATE) – The Philippine National Police Criminal Investigation and Detection Group (CIDG) has filed complaints of inciting to sedition, cyber libel, libel and obstruction of justice against Vice President Leni Robredo and 35 others mostly belonging to Liberal Party and their staff, over the viral Bikoy videos that tagged President Rodrigo Duterte and his family in the drug trade.

The complaint was filed before the Department of Justice (DOJ) on Thursday, with Peter Joemel Advincula alias Bikoy as one of the 36 respondents. Advincula, who is also a witness of the CIDG, joined the police in filing the complaint.

Hours after the complaint was filed, Justice Secretary Menardo Guevarra announced he will “form a panel of state prosecutors to hear the complaint and conduct the requisite preliminary investigation.”

“If this is purely based on the outrageous statement previously given by Mr Advincula, we can confidently say this is completely baseless and nothing more than plain and simple harassment. Kwentong kutsero na pinilit gawing batayan sa kaso. Rumors that they tried to turn into a complaint),” said Gutierrez.

Senator Francis Pangilinan, president of the Liberal Party, said that the complaint smacked of “political harassment and persecution.”

(This is a lie and without basis, concocted by enemies of democracy who know that only the Vice President stands in the way of their plan to continue their fake war on drugs, their sellout to China, and their desire to stay in power forever.)

(They know that their only evidence is the statement of a witness who has been repeatedly telling lies in public, and yet they still filed a case. Until know, they could not solve or crack the thousands of cases of homicides under investigation which are suspected EJKs. But they are quick in filing cases against the opposition.)

(Let’s hope, the DOJ prosecutors who will look into this would seriously deliberate and not be part of the politics involved here. They should do what is right to bring out the truth.)

The 3-page complaint, signed by Lieutenant Colonel Arnold Thomas Ibay, accused the respondents of engaging Advincula to “spread lies against the President, his family and close associates, making them to appear as illegal drug trade protectors and how they earned staggering amounts of money.”

The complaint alleged that the crimes of inciting to sedition, libel, and obstruction of justice, were committed inside the Ateneo de Manila University compound in Quezon City “wherein they planned to spread false information against President Duterte’s family and administration officials in order to agitate the general population into making mass protest with the possibility of bringing down the president from the position and allow Vice President Robredo to instantly succeed.”

Advincula first surfaced at a hastily-called press conference held at the IBP where he said he would file cases against presidential son Paolo Duterte and  presidential aide Bong Go. Weeks later, Advincula was presented by the PNP in Camp Crame where he turned the tables completely on the opposition.

The complaint of obstruction of justice was filed due to the supposed meeting with Advincula at Ateneo “despite respondents being clearly aware of the status of Mr Advincula as a fugitive from law.”

“Note that a thorough investigation was still continuing and being conducted by the Office of the NCR-CIDG which initiated the request for CCTV recordings and Logbook copies of different places and establishment, invitation and served subpoenas of the involved personalities and personalities whose names were acquired during the course of the said investigation,” said the CIDG’s complaint.

The PNP itself had earlier dismissed Advincula as nothing more than an “information peddler,” when the supposed whistleblower first surfaced in public as the person behind the Ang Totoong Narcolist videos that accused members of the Duterte family of involvement in illegal drugs. – Rappler.com