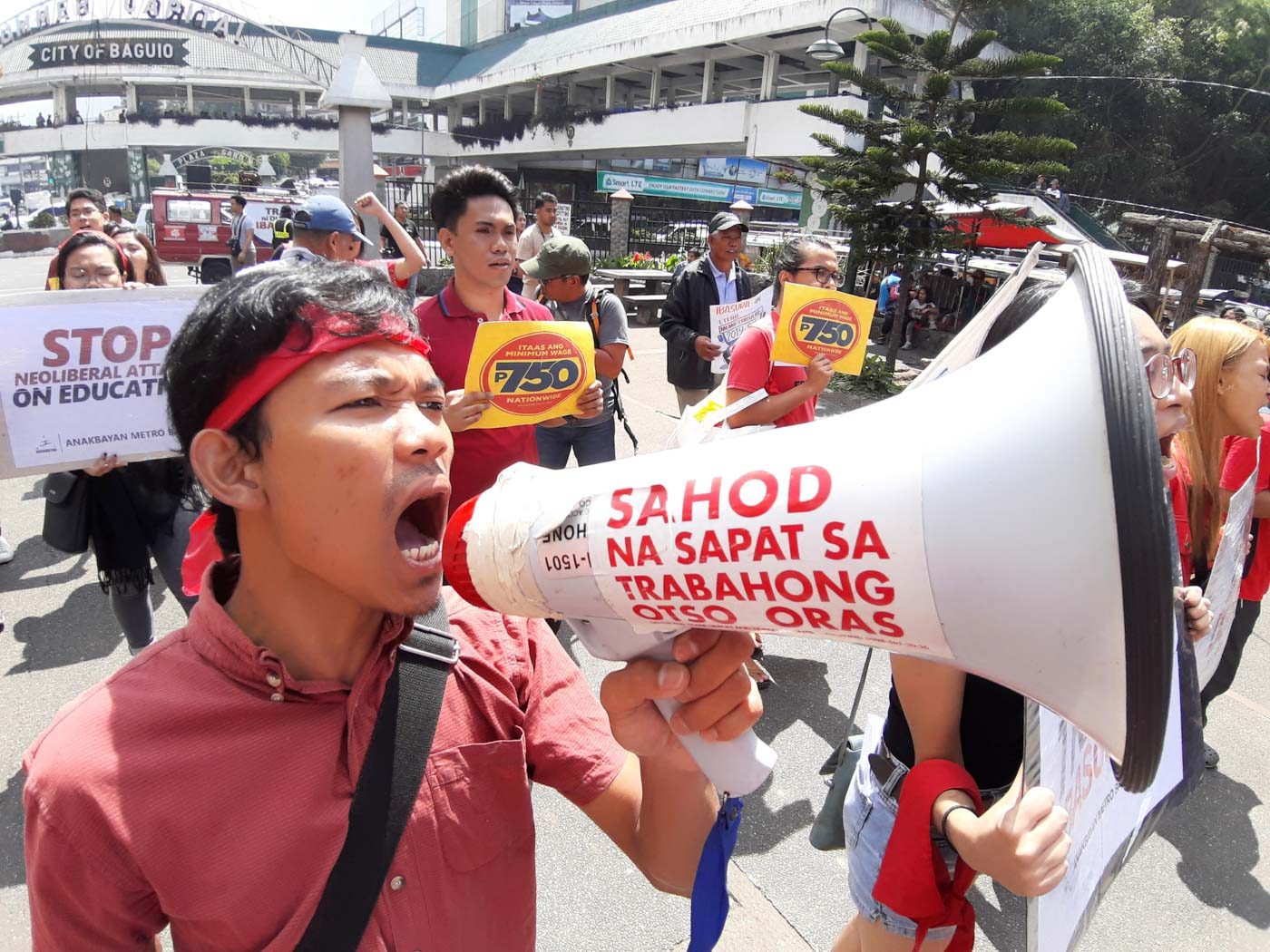 “Naghihintay kami kung ano ang direction at policy guidance na sasabihin niya (We were waiting for him to say his direction and policy guidance) on how his administration will fight the growing poverty confronting workers and their families,” he added.

Except for the push on the creation of a department that would consolidate all the other agencies handling overseas Filipino workers’ concerns, the TUCP pointed out that Duterte was silent about other workers’ issues, particularly contractualization and low wages.

“We hope the President has not turned his back on the workers who are carrying the burden of Duterte TRAIN (Tax Reform Accelerated and Inclusion Law) taxes and who are bearing the brunt of his  centerpiece ‘Build, Build, Build’ program,” Tanjusay said.

In the 2018 SONA, Duterte urged lawmakers to pass the SOT bill to end contractualization. The said bill will lapse into law by the end of this week if left unsigned, unless Duterte vetoes it.

In an interview with reporters after the SONA, Duterte did not make a categorical answer on whether he will sign the SOT bill or not.

“I can veto it, and I can sign it, or allow it to lapse into law,” the President said on Monday, July 22.

“Pinag-aaralan natin mismo. (We are still studying it.) I have to confer with a lot of people affected. It would affect the employers and of course, it would also greatly favor the workers,” Duterte said.

Ending contractualization was a campaign promise of Duterte, who certified the SOT bill as urgent in September 2018. (READ: TIMELINE: Duterte’s promise to abolish endo)

Duterte signed an executive order supposedly ending endo, but progressive lawmakers and labor leaders slammed it as “inutile,” as it failed to abolish the practice.

Before the 17th Congress ended, the House of Representatives adopted the version of the Senate’s SOT bill, therefore skipping the need for a bicameral conference committee in order to immediately submit the bill to the President for his signature.