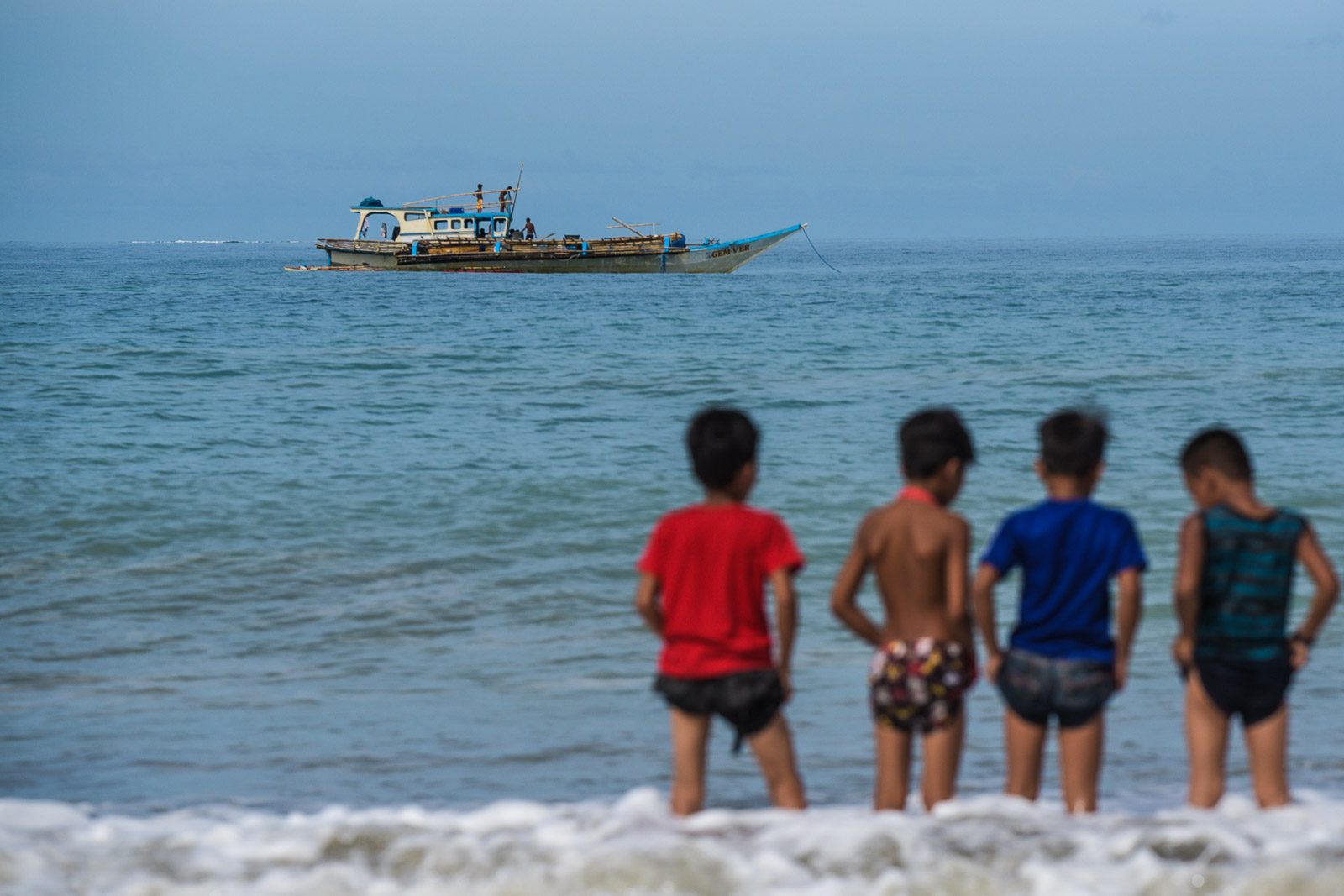 Facebook Twitter Copy URL
Copied
Moreover, 26% of Filipinos believe China itself must also pay for the injuries suffered by the Filipino crew and damage done to their fishing boat, according to the latest Pulse Asia survey

MANILA, Philippines – The Philippine government should ask China to sanction the crew of the Chinese ship that caused a Filipino fishing boat to sink and abandoned its crew, 36% of respondents said in a recent public opinion survey.

Moreover, 26% of Filipinos believe China itself, not just the Chinese ship’s crew, should be made to pay for the injuries suffered by the 22 Filipino fishermen and the damage sustained by the fishing boat F/B Gem-Ver.

Pulse Asia’s latest Ulat ng Bayan survey revealed 87% or almost 9 out of every 10 Filipinos were aware of the June 9 incident at Recto Bank off Palawan, when the Chinese ship allegedly rammed the anchored Gem-Ver, causing it to founder and leaving the Filipino crew marooned until they were rescued by Vietnamese fishermen hours later.

The survey said 19% of Filipinos think the Chinese crew involved in the incident should be presented and tried before a Philippine court, while 8% want the Philippines to bring the incident up before the United Nations General Assembly.

One out of every 10 Filipinos – 10% – believes the Philippines and China should draft rules as the number of such maritime incidents increases.

The same survey revealed a 13-percentage-point drop in China’s trust rating among Filipinos, with 74% percent of respondents saying they did not trust China too much, or not at all.

An investigation of the incident by the Philippine Coast Guard and the Maritime Industry Authority (Marina) found that the Chinese ship failed to undertake measures to avoid colliding with the Gem-Ver.

Presidential Spokesman Salvador Panelo said on July 8 that the government will bring the Chinese crew before a Philippine court if China fails to sanction them.

The Pulse Asia survey was conducted from June 24 to June 30 this year, among 1,200 Filipinos 18 years old and above, in Metro Manila, Luzon, Visayas, and Mindanao. It has a ±2.8% error margin at the 95% confidence level; subnational estimates for the geographic areas covered in the survey have the following error margins at 95% confidence level: ±5.7% for Metro Manila, the rest of Luzon, Visayas, and Mindanao. – Rappler.com