Jul 26, 2019 8:38 PM PHT
Anna Gabriela A. Mogato
Facebook Twitter Copy URL
Copied
Power for People Coalition calls on the President to come up with an executive order that will formalize his directive for the energy department to fast-track 'the development of renewable energy sources' 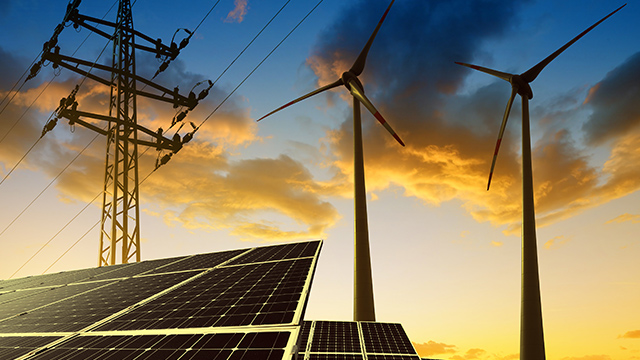 Duterte in his 4th SONA directly addressed Energy Secretary Alfonso Cusi to fast-track “the development of renewable energy sources, and reduce dependence on the traditional energy sources such as coal.”

Emboldened by the President’s pronouncement, the coalition in a statement on Friday, July 26, called on Duterte to come up with an executive order that will formalize his directive.

The coalition also said it wants the Department of Environment and Natural Resources (DENR) and the Department of Energy (DOE) to “outline concrete steps for a stronger implementation of renewable energy law” and maximize the use of RE in the country.

“We further urge the departments to review all coal projects that are in the pipeline, and refrain from greenlighting new coal projects being proposed, as it runs counter to this potential shift [to RE],” the statement read.

“We expect not just sincerity, but consistency in the administration’s energy and environmental policies.”

Power for People Coalition is a network of civil society organizations, communuties, and cooperatives that rally against “dirty energy.”

The coalition had called out the DENR for approving the 15-megawatt coal project in Palawan, which was declared as an “energy project of national significance.”

“What President Duterte said is a big policy directive, but we should still see this in policy and action projects in the coming years and that’s the bigest challenge we’re throwing to them,” Greenpeace Philippines campaigner Khevin Yu said in a press conference of the coalition on Friday.

Yu said there has been a slow growth in renewable energy projects in the first 3 years of the Duterte administration.

Only some 131 megawatts sourced from renewable energy were added in the past 3 years. Citing latest DOE data, Yu also noted that energy generated from renewable sources only took up 3.86% of the total energy mix.

“Coal, according to the DOE’s latest data, is at 36% and this is expected to grow because there are a lot of coal power plant projects being pushed,” he added.

Living Laudato Si lead convenor Rodne Galicha also said they want financial institutions to be more transparent when providing loans to energy companies, as these could be used to fund “dirty energy” projects.

“Coal-fired power plants and other energy plants, these would not happen if there aren’t people and entities investing in those banks. We don’t know where our money goes and where these banks invest our money in. We become accomplices,” he added.

According to Living Laudato Si, Ayala-owned Bank of the Philippine Islands as well as Sy-owned institutions BDO Unibank, Incorporated and China Banking Corporation are among those financing coal-fired power plant projects in the country.

“The clients of these banks deserve to know where their money is being invested in and what the impacts of such investments are on a local, national, and…international scale,” the group said.  – Rappler.com