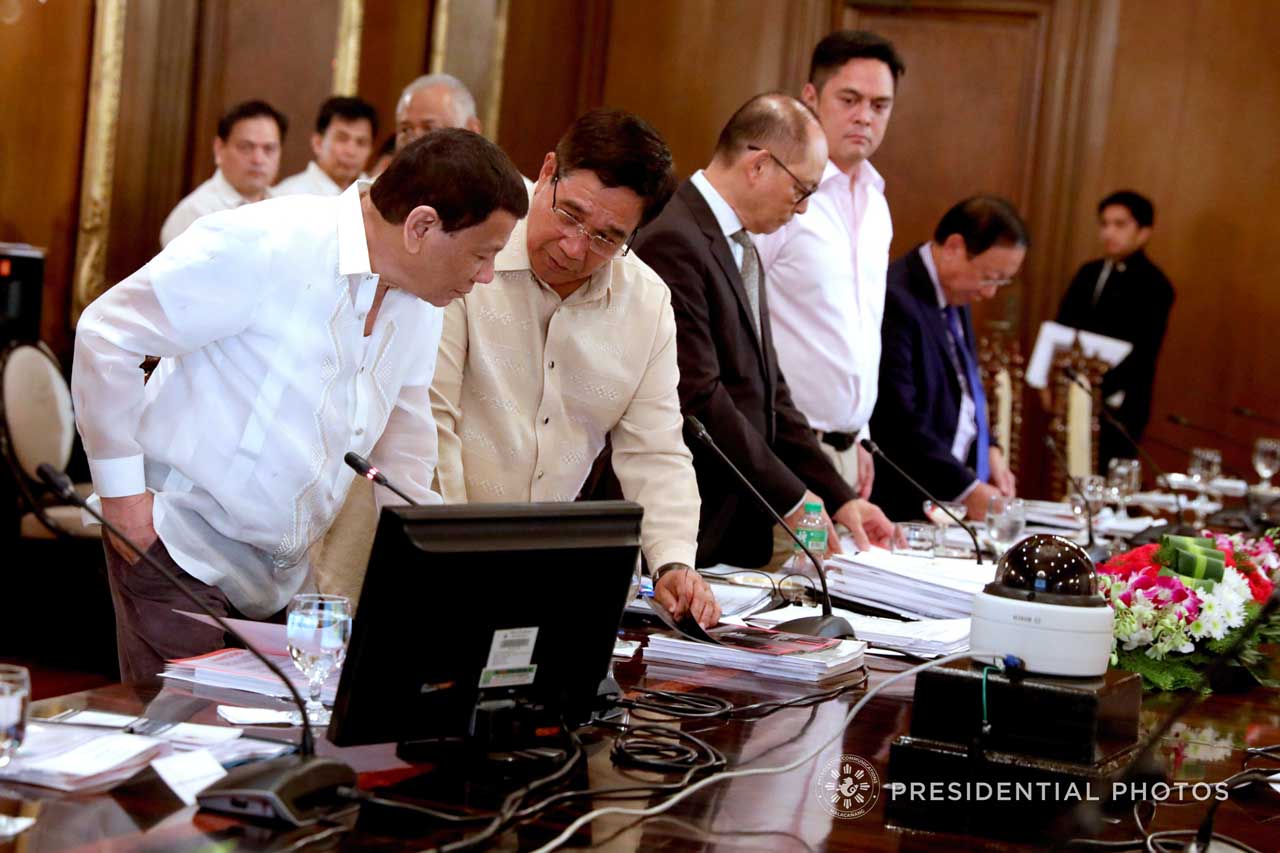 MANILA, Philippines – National Security Adviser Hermogenes Esperon Jr expressed concern over the large numbers of Chinese working in the Philippines, many of them illegally.

Esperon said he sees the phenomenon as a threat.

“I have a tendency to look at it as a threat. I’m on the cautious side because when foreigners, regardless of nationality, come in, and their intent is not clear and when some of them are undocumented or have false documentation, meaning, some come as tourists then end up as workers,” he said on Wednesday, July 31, during a Manila press conference.

He said he was particularly concerned with reports that entire buildings in some parts of Metro Manila are now almost completely occupied by Chinese nationals. (READ: How China’s online gambling addiction is reshaping Manila)

“You’d also start getting worried when a whole building, condominium, tower is occupied by only one nationality where you would not be able to guard all their activities. Some unwelcome activities could transpire there so we need to prevent those,” he said.

The adviser and former military chief said the fact that Chinese nationals are buying up plenty of property and their occupants are under rotation regularly is worth looking into.

“You will see something like a rotation of every 8 hours of people going in and out then you would begin to wonder what they are doing,” he said.

While he thinks the government should be promoting healthy investment opportunities in the housing and real estate sectors and welcomes higher tourism arrivals, he cautioned against complacency.

“There is always another side to the coin, so we must not let our guards down,” said Esperon.

He gave assurances the government is addressing the many issues surrounding illegal Chinese workers.

The Department of Labor and Employment, Bureau of Immigration, Department of Finance, and Ninoy Aquino International Airport management have held meetings on these concerns.

Thousands of Chinese workers are employed by Philippine Online Gambling Operations (POGOs) which are supposed to be regulated by the Philippine Amusement and Gaming Corporation (Pagcor).

Insiders estimated that there are “easily” around 100,000 to 250,000 Chinese employed in POGOs. Senator Joel Villanueva accused Pagcor of not properly implementing regulations, leading to a “loss in government income and opportunities for Filipinos.”

Many of the Chinese workers coming to work in the Philippines are poor and also often exploited by their employers. They are also exposed to racism amid tensions between China and the Philippines. – Rappler.com