Amid dengue outbreaks, Janette Garin wants Dengvaxia back in PH

Jul 31, 2019 6:03 PM PHT
Mara Cepeda
Facebook Twitter Copy URL
Copied
The former health secretary says the dengue outbreaks would not have happened had Dengvaxia, whose distribution she approved, not been banned in the country 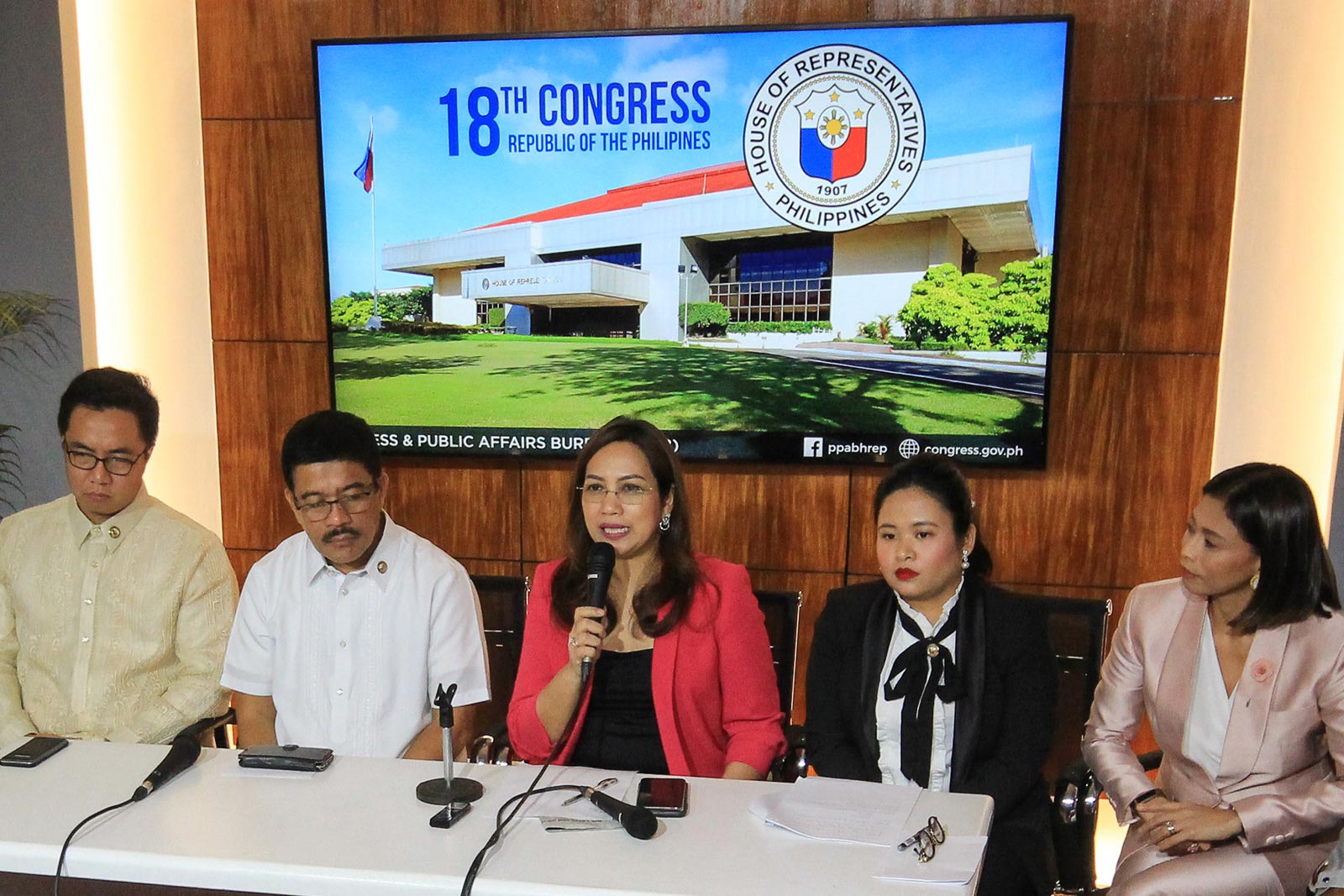 MANILA, Philippines – Former health chief Janette Garin, who is now representative of the first district of Iloilo, wants the Dengvaxia vaccine be made available in the local market again to help address the ongoing dengue outbreaks in parts of the country.

Garin renewed her call to bring back the controversial dengue vaccine made by Sanofi Pasteur in a press conference on Wednesday, July 31. (WATCH: Rappler Talk: Janette Garin on the Dengvaxia controversy)

The congresswoman, who once implemented the now-suspended dengue vaccination program for grade school students in 3 regions, said the dengue vaccine may just be administered to patients who can afford it for now.

“Marami ang natatakot pa sa dengue vaccine dahil sa mga nangyari. But bringing it back does not mean giving it to the public. Nakakapanghinayang man, pupunta tayo doon sa sitwasyon na you have to be rich to be able to save your family’s life. But then, we can start with that kaysa sa mahirap at mayaman, parehong wala,” said Garin.

(Many people are still scared of the dengue vaccine because of what happened. But bringing it back does not mean giving it to the public. It may be frustrating, but we would reach a situation where you have to be rich to be able to save your family’s life. But then, we can start with that instead of both the poor and rich having no access at all.)

For Garin, this would not have happened had Sanofi not been barred from selling Dengvaxia in the Philippines. She also pinned the blame on DOH Secretary Francisco Duque III.

“Yes, because hindi sinasabi ni Secretary Duque ‘yong paulit-ulit na target ng bakuna. Hindi naman ibig sabihin na may dengue vaccine, wala nang magkakasakit. We were very clear since day one: the intention of the vaccination program is to reduce the hospitalization by 80% and to reduce the severity by 93%,” said Garin.

(Yes, because Secretary Duque does not mention the target of the vaccine. It does not mean that if there is a dengue vaccine, no one would get sick anymore. We were clear since day one: the intention of the vaccination program is to reduce the hospitalization by 80% and to reduce the severity by 93%.)

Garin was the DOH secretary when then-president Benigno Aquino III gave the go-signal for the implementation of the dengue immunization program for grade school students in Metro Manila, Central Luzon, and Calabarzon in April 2016.

Some 837,000 Filipino gradeschoolers were already vaccinated before Sanofi announced in November 2017 that Dengviaxia might lead a person to get severe dengue if he or she had not been infected by the virus before immunization.

In the aftermath of the Dengvaxia scandal, immunization rates across the country decreased. It led to an outbreak of the vaccine-preventable measles. (READ: A year after Dengvaxia: Immunization drops, measles outbreaks soar)

Garin, Aquino, and other former government officials have since faced multiple complaints filed against them in relation to the Dengvaxia controversry. – Rappler.com