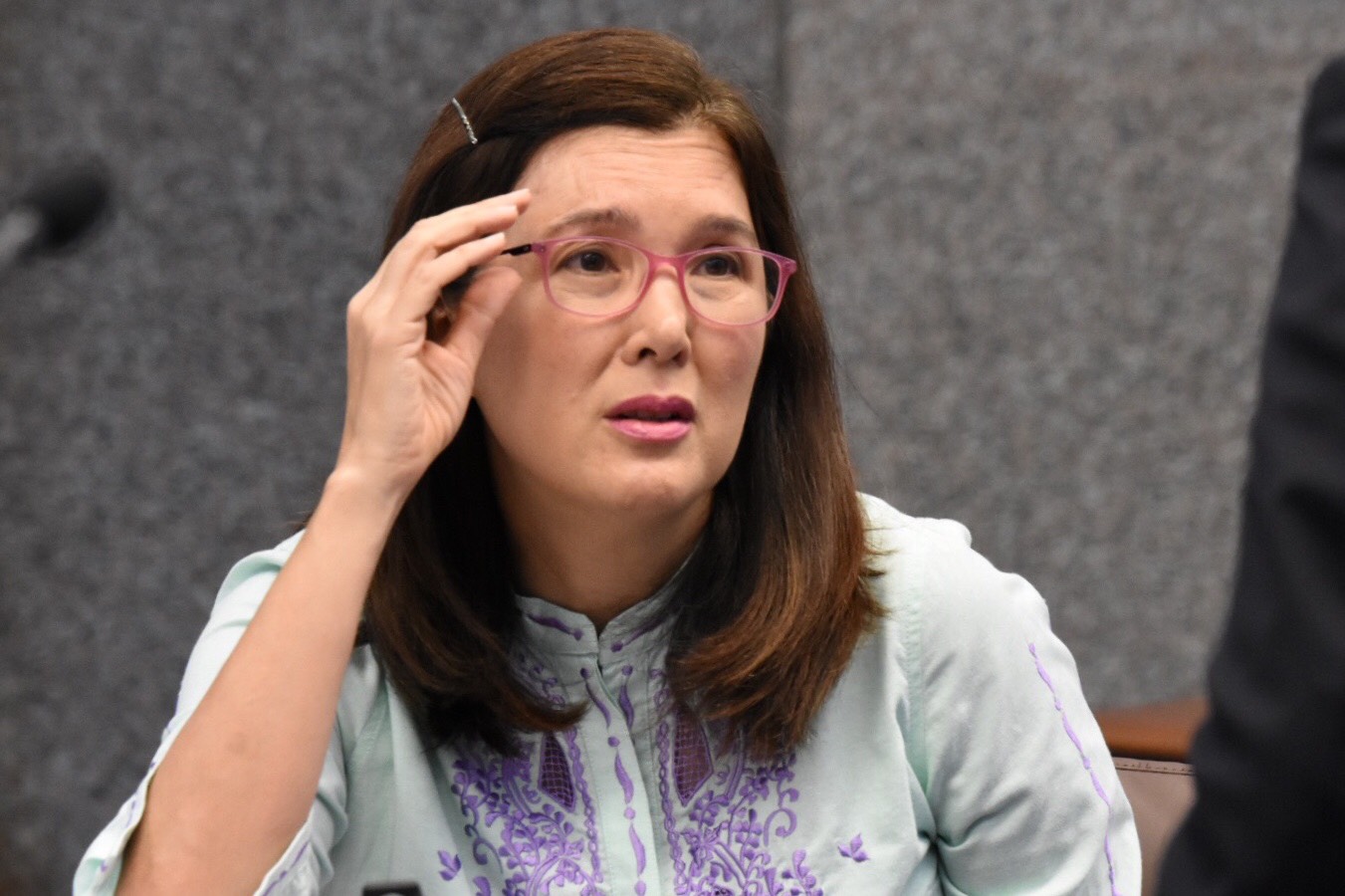 MANILA, Philippines – Senator Pia Cayetano on Wednesday, July 31, defended herself being a part of a political dynasty, after President Rodrigo Duterte jokingly asked, “when will their dynasty end.”

In a media interview, Cayetano said she’s always willing to talk about being part of a political clan, but said people should instead look at their family’s performance.

“When you talk about dynasty, I always ask, ‘Let’s talk about governance’…I always want to be judged on the work that we do,” Cayetano said.

“We want to do the kind of job that would really make the Filipinos proud that they elected us. Let’s make it clear, we were elected,” she added.

Duterte made the joke on Tuesday, July 30, in front of 3 Cayetanos – Taguig City Mayor Lino Cayetano, House Speaker Alan Peter Cayetano, and his wife Taguig 2nd district Representative Lani Cayetano. The lady senator was not at the event.

Cayetano said she believes the President has a “high regard” for their family. She said that it was evident when the Duterte endorsed the speakership bid of Alan Peter, who was later elected as House Speaker in a term-sharing agreement with Marinduque Representative and PDP-Laban bet Lord Allan Velasco.

“With all due humility, the President has high regard for our family, my brother. It’s evident in no less than his being endorsed speaker. So we’re so proud and I call on everyone to judge the new Speaker on the work that he would do,” Cayetano said.

The comeback senator said she’s open to a discussion on anti-dynasty bills, despite taking part in it.

As for the 18th Congress, Cayetano said that she is “excited” to work with the committees she chairs, the ways and means and the sustainable development committees.

She added that she will continue to advocate for the passage of the divorce bill.

During the senatorial campaign, Cayetano expressed openess in banning political dynasties, and said that her family “will comply” should be be a clear cut law that is passed.

Her brother Alan Peter earlier defended their political clan, saying that it brought a positive brand for Taguig which they “helped develop.”

Cayetano’s father, the late senator Renato Cayetano, began the family’s foray into politics. His career in the legislative began when he was elected as assemblyman for Pateros, Taguig, and Muntinlupa in 1984. He was elected senator in 1998, and died in 2003. – Rappler.com