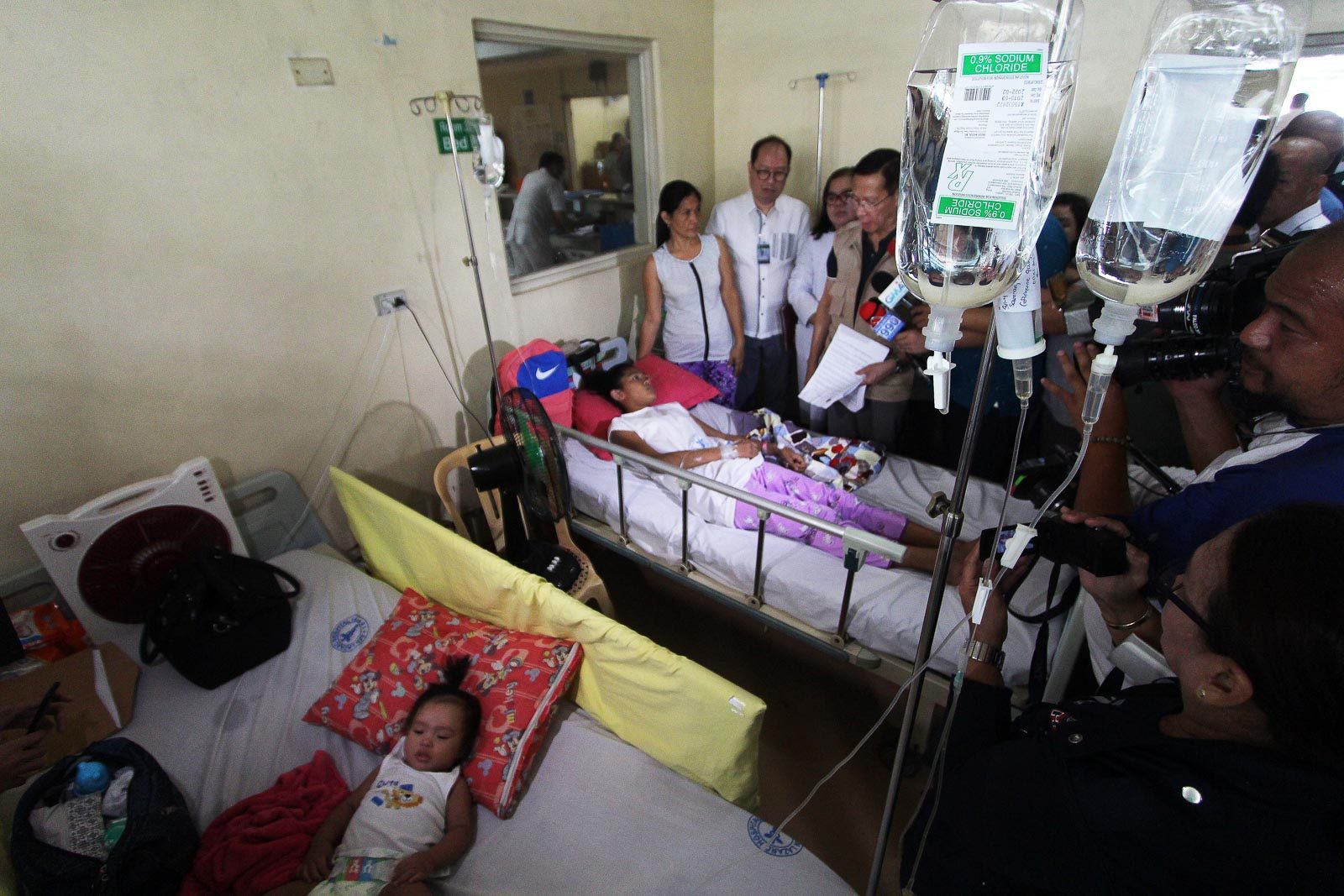 MANILA, Philiipines – The European Union (EU) has donated €100,000 (P5.7 million) in humanitarian aid to the Philippines to help communities most affected by the ongoing surge in dengue cases.

The funding is expected to benefit some 300,000 people in Calabarzon, Central Luzon, Central Visayas, Metro Manila, and Western Visayas, the EU said in a statement on Friday, August 2.

This comes after Health Secretary Francisco Duque III declared a national dengue alert last July 15 due to the alarming rise in dengue infections, which had killed nearly 500 people this year as of July 6.

The assistance is part of the EU’s overall contribution to the Disaster Relief Emergency Fund of the International Federation of Red Cross and Red Crescent Societies. It is expected to help support efforts of the Philippine Red Cross in the establishment of dengue emergency medical units or hospital extension wards at local government hospitals, and the provision of nurses to respond to the increasing number of dengue cases.

It will also be used to clean and treat mosquito breeding grounds with a “biological control agent” to eliminate mosquito larvae. Aside from this, assistance will be used to help fund health promotion activities and information dissemination to prevent more dengue cases.

The EU said its humanitarian experts continued to closely monitor the situation. – Rappler.com