Aug 3, 2019 4:15 PM PHT
Sofia Tomacruz
Facebook Twitter Copy URL
Copied
(4th UPDATE) A June 2019 Social Weather Stations Survey shows 51% of Filipinos agree it's dangerous to print or broadcast anything critical of the current administration even if it is the truth 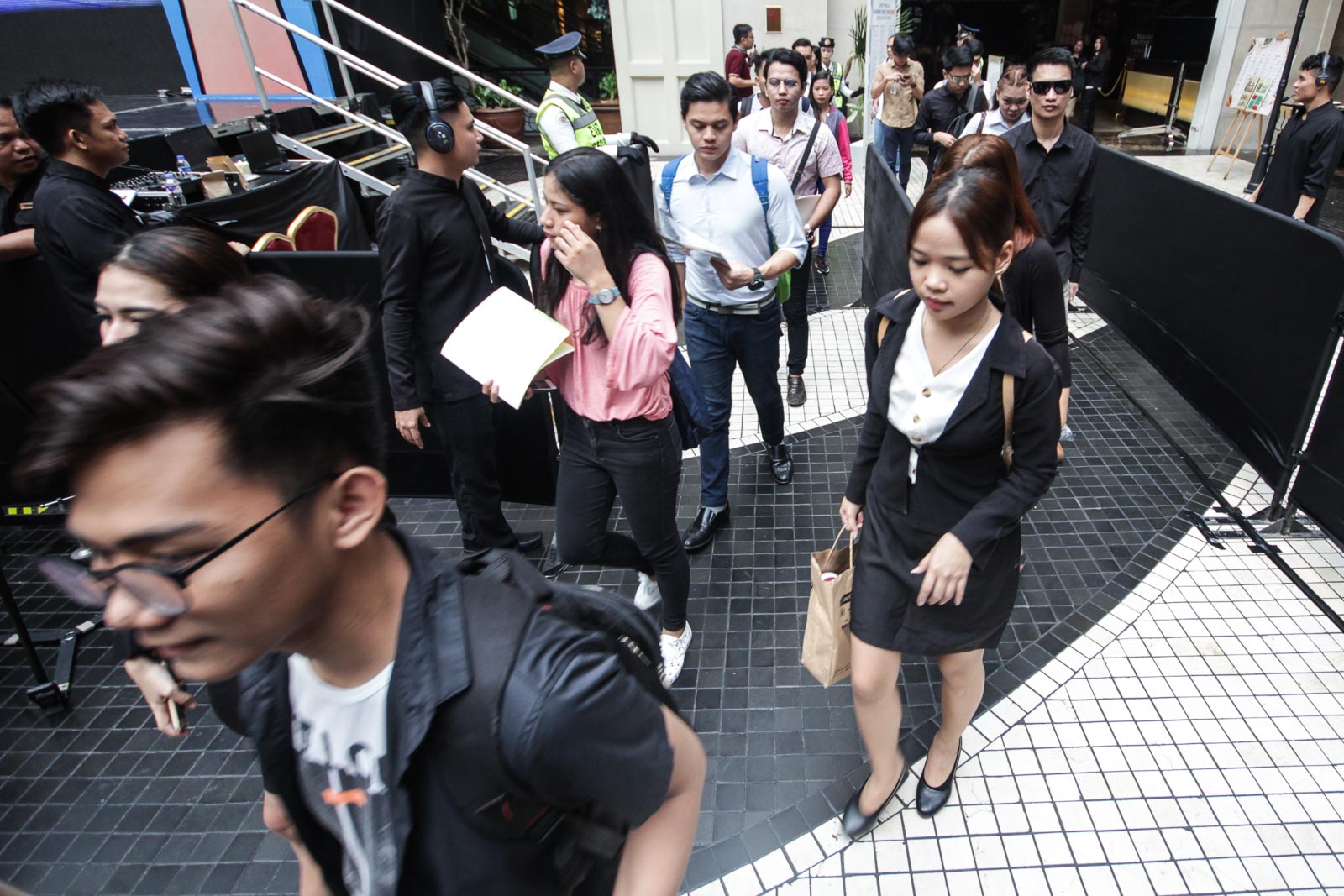 MANILA, Phlippines (4th UPDATE) – A majority of Filipinos think it is risky to publicize criticism of the Duterte administration even if it is truthful, Social Weather Stations (SWS) President Mahar Mangahas said on August 3, Saturday.

Mangahas revealed the finding in an Inquirer column on Saturday, where he said the SWS found in June 2019 that 51% of Filipinos agreed with the statement: “It is dangerous to print or broadcast anything critical of the administration, even if it is the truth.”

Meanwhile, 20% of Filipinos disagreed with the statement, making for a net +31 perception that it was risky to put out criticism of the administration.

Mangahas also revealed the June 2019 SWS survey showed 67% agreed “mass media in the Philippines have freedom of speech, of expression, and of the press.” On the other hand, 10% disagreed, he said, making for a net +57 “affirmation of media’s constitutional guarantee of freedom.”

According to Mangahas, this showed “that those seeing danger in publicizing criticism of the administration feel personally much freer to dissent (net +57) than those seeing no danger in it (net +24).”

Mangahas was responding to former editor and Inquirer columnist John Nery’s column last July 30, which raised the question of whether or not “a climate of fear now colors all surveys.”

Nery highlighted how a December 2018 SWS survey – which found 74% of Filipinos were satisfied with President Rodrigo Duterte’s peformance – also showed 78% said they feared they or someone they know would become a victim of an extrajudicial killing.

Nery said this showed SWS should include the survey question every quarter. “It must explain to the public how, or whether, almost complete administration control over every level of government affects survey-taking,” he said.

But Mangahas said SWS assessed respondents’ fear not by asking them their fear of being a victim of extrajudicial killings, but by asking them to agree/disagree with the following statement: “I can say anything I want, openly and without fear, even if it is against the administration.”

SWS survey results, he said, showed that under the Duterte administration 5 surveys revealed net “personal freedom to dissent” ranged from a moderate +23 to a strong +41.

The question was first introduced in July 1985, during the Marcos dictatorship, in a survey done for the Bishops-Businessmen’s Conference for Human Development. At the time, Mangahas said, personal freedom to dissent was at an all time low of +3 net agreement.

“From 1986 to now, personal freedom to dissent never returned to single-digit,” Mangahas added.

Meanwhile, Presidential Spokesperson Salvador Panelo said, the Palace was “curious as to why” 51% of Filipinos felt it was dangerous to publish anything critical of the Duterte administration.

He said: “The President respects criticisms as long as the same is not baseless, unfounded or false. He even urges the people, including writers and reporters, to freely express whatever sentiments they have.”

On the other hand, he added that the results which showed Filipinos agreed there was press freedom was “a repudiation of the vociferous and unrelenting tirade of the critics and detractors of the President, as well as the opposition, that the freedoms of speech and of expression are being curtailed by the Administration. The survey rating means we have a vibrant and robust exercise of those freedoms.”

In a statement Tuesday, August 6, the group Let’s Organize for Democracy and Integrity (LODI) said the SWS’ survey results attested to “Filipinos’ love for freedom and their defiance of the regime’s attempts to impose full-scale tyranny. “

“The oft-peddled claim of massive support for the President’s most oppressive policies crumbles amid the clear findings of the SWS survey: Those who report or express views critical of Duterte face safety issues. Yet those who believe they face clear danger refuse to crumble,” LODI said.

The group likewise denounced attacks on press freedom such as the red-tagging of journalists, cyberattacks on alternative news websites, Duterte’s threats to deny ABS-CBN its franchise renewal, harassment cases filed against Rappler, and the spread of fake news and troll accounts.

LODI added, “Filipinos continue to exercise their rights by asking questions, expressing themselves and taking direct action. Because that’s what a freedom-loving people do in the face of a rising tyrant allergic of transparency and the breakdown of institutions supposedly holding him accountable.” – Rappler.com