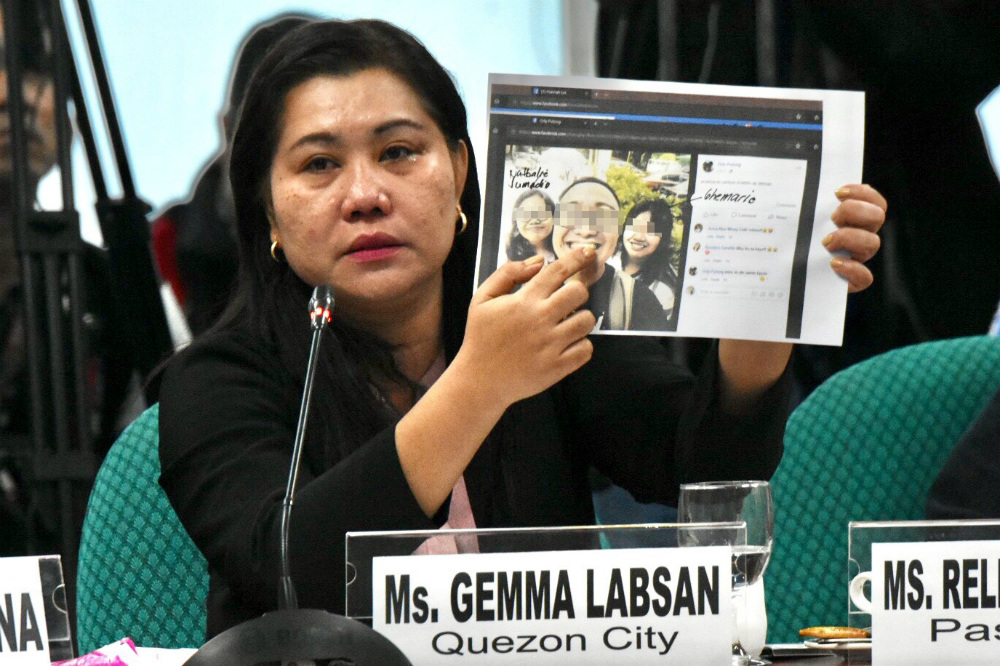 Dela Rosa expressed this at the hearing of the Senate committee on public order and dangerous drugs, which he chairs, which looked into the alleged recruitment of minors by leftist groups on Wednesday, August 7.

Parents who were invited to the hearing told the panel how their children – all enrolled at PUP and from the Far Eastern University (FEU) for Senior High School – left them to join militant groups alleged to be fronts of the Communist Party of the Philippines (CPP).

The parents said that their children joined the League of Filipino Students, Anakbayan, and Kabataan party list. Among the minors, only the child of Gemma Labsan stayed with the family while the rest refused to come home.

During the hearing the, Philippine National Police-Criminal Investigation and Detection Group said it filed on August 1 kidnapping and other charges against the recruiters, Anakbayan national chairman Vencer Crisostomo, and Anakbayan secretary-general Einstein Recedes, in connection with a “missing” 17-year-old FEU Senior High School student.

After hearing the testimony of 5 parents – mostly of students who were enrolled in PUP – Senator Francis Tolentino asked PUP president Emmanuel de Guzman if he would be amenable to issue a resolution that would allow the police to enter the school grounds to “secure” the buildings from the alleged communist recruiters.

De Guzman said police have been regularly allowed to conduct patrols in the campus. He added that while the PUP Board of Regents is authorized to allow this kind of arrangement, issuing a resolution to formalize the agreement would only “agitate the students more.”

Dela Rosa said there should be “more regular” police patrols in PUP even if it would agitate militant groups.

“Sabi nila regular pumapasok ang mga pulis. Sabi ko gawin pang more regular, (They said that the police comes in regularly. I said it should be more regular),” the former top cop said in a media interview after the hearing, when asked to elaborate on his proposal.

(I don’t care because if we are always afraid of agitating them, nothing will happen to this government. The government should have the balls, have the political will to do what’s supposed to be done to ensure that these children are able to study and graduate.)

Dela Rosa said that schools should also “police their ranks” to check if their teachers were responsible for the radicalization of their students.

According to data from the Armed Force of the Philippines (AFP) shared by the office of Dela Rosa, there were a total of 513 “neutralized child victims of CPP- NPA recruitment” from 1999 to 2019.

In October, the military claimed  that the CPP purportedly organized 18 schools for an ouster plot against President Rodrigo Duterte.

But militant youth groups denied such plans, and said that there were even more schools “fed up” with the President. – Rappler.com