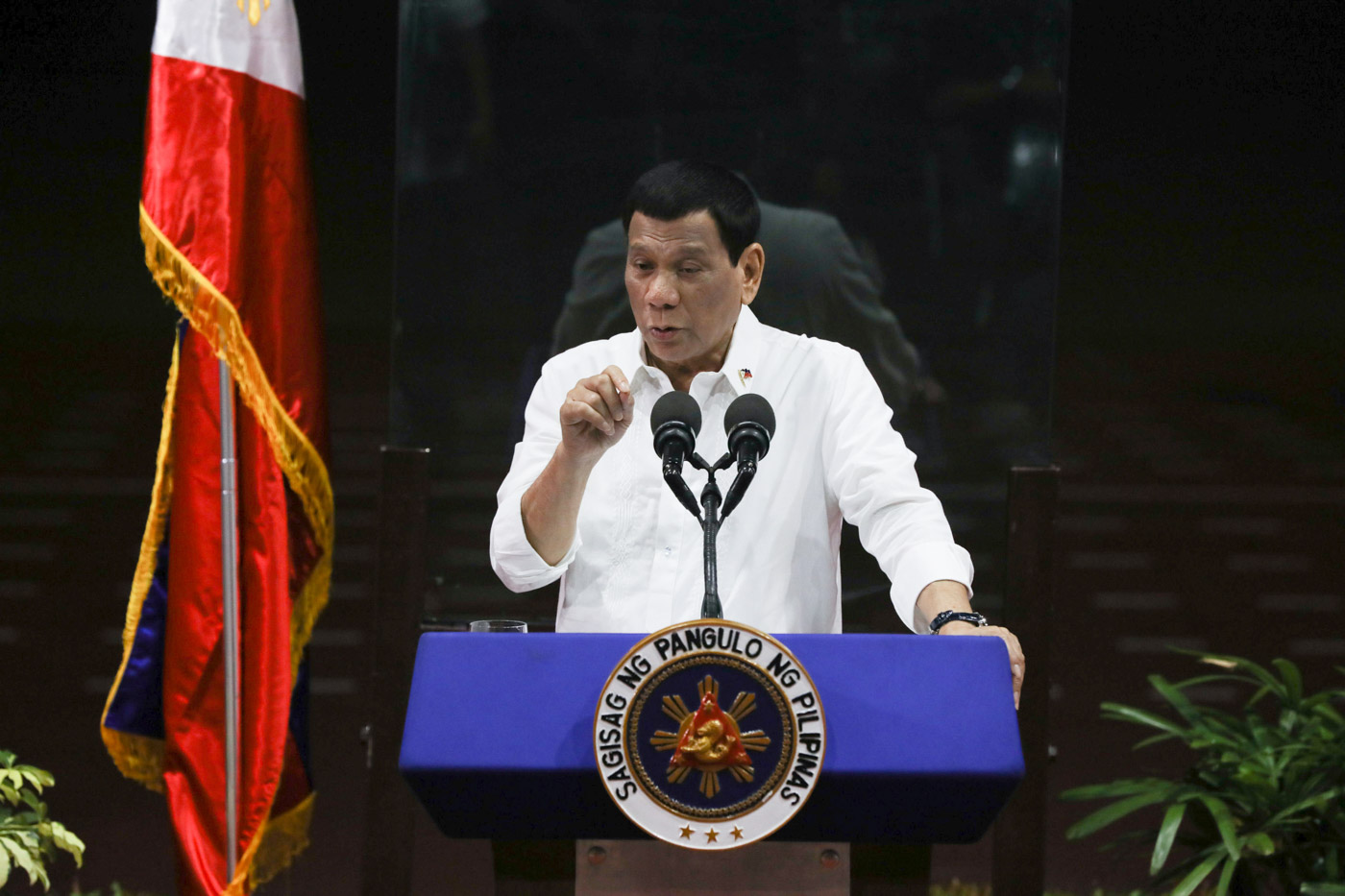 MANILA, Philippines – President Rodrigo Duterte believes that if cops are given money, even in amounts that are not allowed by law, they should accept it as long as it came from the contributor’s “generosity.”

He said this on Friday, August 9, as he spoke to the country’s top cops during the Philippine National Police’s 118th Service Anniversary held in Camp Crame.

“Hindi ko kayo iipitin, basta ‘pag bigayan kayo eh tanggapin ‘nyo. It is not bribery…it cannot be bribery because it is allowed by law. What I mean, if there is generosity in them, sabi ng anti-graft [law] you cannot accept gifts? Kalokohan,” Duterte said.

(I will not stop you. If you are given [something], take it. It is not bribery…it cannot be bribery because it is allowed by law. What I mean, if there’s generosity in them, according to the anti-graft law, you cannot accept gifts? Foolishness.)

He said this was not new as there were cops who already operated this way in his watch: the Davao cops.

“You guys from Davao know that. If you are able to solve a crime and a family would like to be generous to you, or would note their feeling of gratitude for what you accomplished, then by all means, accept it,” Duterte said.

What does the law say? According to Section 3 of Republic Act No. 3019 or the Anti-Graft and Corrupt Practices Act, the following are violations with regards to accepting gifts:

b. Directly or indirectly requesting or receiving any gift, present, share, percentage, or benefit, for himself or for any other person, in connection with any contract or transaction between the Government and any other part, wherein the public officer in his official capacity has to intervene under the law.

c. Directly or indirectly requesting or receiving any gift, present or other pecuniary or material benefit, for himself or for another, from any person for whom the public officer, in any manner or capacity, has secured or obtained, or will secure or obtain, any Government permit or license, in consideration for the help given or to be given, without prejudice to Section 13 of this Act.

Section 14 of the law provides an exception: “unsolicited gifts or presents of small or insignificant value offered or given as a mere ordinary token of gratitude or friendship.” – Rappler.com