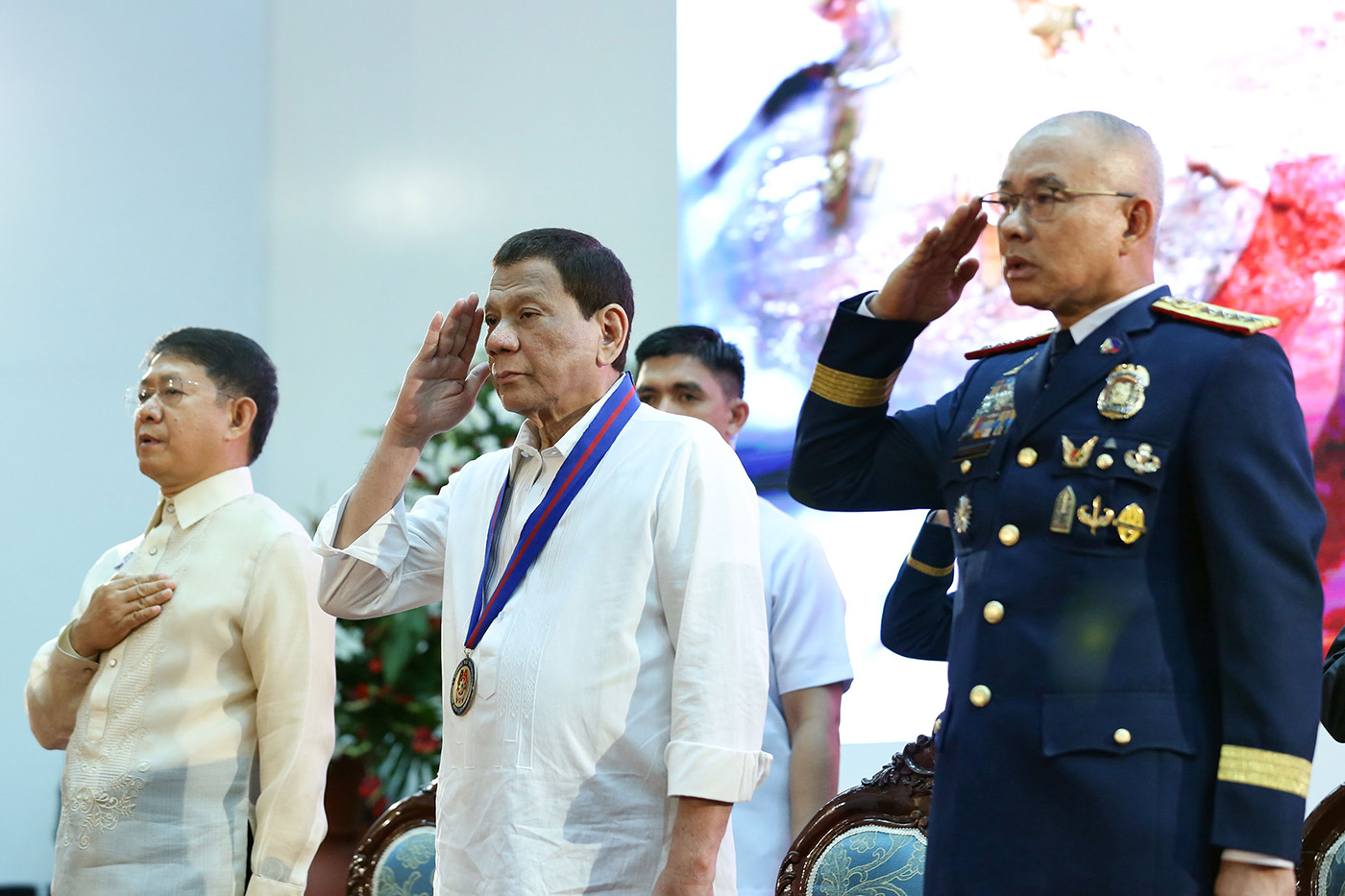 MANILA, Philippines – President Rodrigo Duterte’s spokesman defended him from backlash after he told police to feel free to accept gifts, seemingly brushing aside the anti-graft law.

Presidential Spokesperson Salvador Panelo said Duterte was referring to Section 14 of Republic Act No. 3019 or the Anti-Graft and Corrupt Practices Act, which provides this exception: “unsolicited gifts or presents of small or insignificant value offered or given as a mere ordinary token of gratitude or friendship.”

“The giving of the gift is simply an appreciation by a thankful community for a job well done performed by the law enforcers whose lives flirt with death every time they step out of their homes,” said Panelo in a statement on Sunday, August 11.

“Certainly it is not given in anticipation of – or in exchange for – a favor from the members of the police force,” he added.

Duterte had spoken to cops during the 118th Service Anniversary of the Philippine National Police (PNP) at Camp Crame last Friday, August 9.

“Well, basta kung bigyan kayo, eh tanggapin ninyo…. It cannot be bribery because it is allowed by law. What I mean, if there is generosity in them, sabi ng anti-graft [law] you cannot accept gifts? Kalokohan ‘yan,” the President had said.

(Well, if you’re given something, take it…. It cannot be bribery because it is allowed by law. What I mean, if there is generosity in them, according to the anti-graft law, you cannot accept gifts? Foolishness.)

“If you are able to solve a crime and the family would like to be generous to you or would nurture a feeling of gratitude for what you accomplish, then by all means, accept it. Wala akong ano (I have nothing against that),” Duterte added.

Panelo said Duterte “witnessed firsthand” how police in his hometown of Davao City fought criminals and “how some members of the public showed their appreciation.” Duterte was Davao City mayor for more than two decades.

The PNP, however, has said it “remains to be bound by rules.”

“We always explain to the public that there is no need for them to give gifts as we are just doing our job and we get paid by the Filipino people through our salaries,” the PNP said on Saturday, August 10.

Vice President Leni Robredo also noted in her radio show on Sunday that accepting gifts could lead to corruption.

(The law says it’s prohibited to accept gifts because it could be a source of corruption.)

Opposition Senator Francis Pangilinan, in a separate statement on Sunday, said Duterte’s remarks on gifts would only encourage police to become corrupt.

(Someday police won’t take action without bribes and police would only side with the wealthy who have plenty to offer. The public would suffer…especially the poor.)